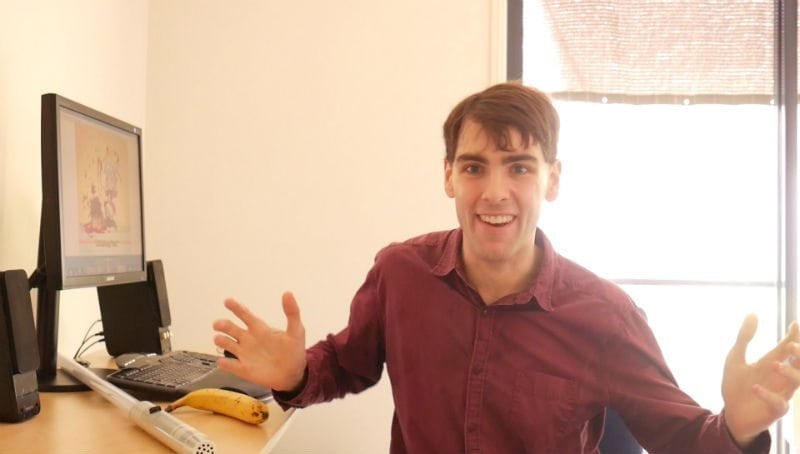 Reviews of classic and modern media have become increasingly popular on streaming sites such as YouTube over the past few years. However, this popular new wave of online reviews has also brought a certain amount of cynicism to the internet, a community which many would say already harbors plenty of negativity. This is why YouTube personalities such as PhantomStrider have gained popularity. While his videos can still be critical of certain properties, he will generally end his reviews on a high note about all the good, creative content that has been released. I had the opportunity to speak with him regarding cutting through the cynicism of the internet, what made him want to get into making YouTube videos, and the difficulty of staying current with so many shows and movies.

Innovation & Tech Today: What originally made you want to start a YouTube channel?

PhantomStrider: I loved cartoons and saw that there were a lot of cartoon reviews on YouTube that were basically kids mugging their cameras screaming how bad a show was. I felt I could do reviews a little better and gave it a try.

I&T Today: Is it challenging to keep up on so much media when creating your lists?

PhantomStrider: Very much so. While I love cartoons and animation and love my job, it’s tricky sometimes to find that balance of enjoying cartoons still and not just being in constant writing and review mode.

I&T Today: What’s your usual inspiration when you begin making a new video?

PhantomStrider: A few of my closest fans really inspire me to keep making good content. Whenever something like a nasty comment or mean review gets to me or I’m feeling burned out, I just remind myself of that pocket full of people who really enjoy my videos.

I&T Today: Is there one video you’ve created you feel best defines your channel?

PhantomStrider: Absolutely. Top 10 Best Modern Cartoons best defines what I try to get across on my channel. Which is a positive hope for the future, while still being thoughtful about the past and aware of the challenges ahead.

I&T Today: Do you find it difficult to watch a movie or a series you don’t enjoy when making your lists?

I&T Today: I’ve noticed that, even on your “Top Worst” lists, you generally end on a positive note. Is this intentional in the modern age of online cynicism?

PhantomStrider: Very much so. I’ve always found the endless modern online cynicism a very boring, juvenile trait that doesn’t really show intelligence, answers, or maturity. And it certainly doesn’t challenge the viewer in any way. I try to always say something positive because the most important thing to me is that the viewer walks away from my videos smiling.

I&T Today: What do you envision for the future of your channel?

PhantomStrider: I’ll keep making lists for as long as I am mentally able without burning out. While the YouTube algorithm change has affected my views over the last 6 months, I hope to eventually get to 500k to a million subscribers, though this is likely a long time away. I would like to get more into voice acting and American conventions in the future, though this is also a little while away. As long as I can keep being a cheery respite for people to watch, then that’s all I really need for the future.