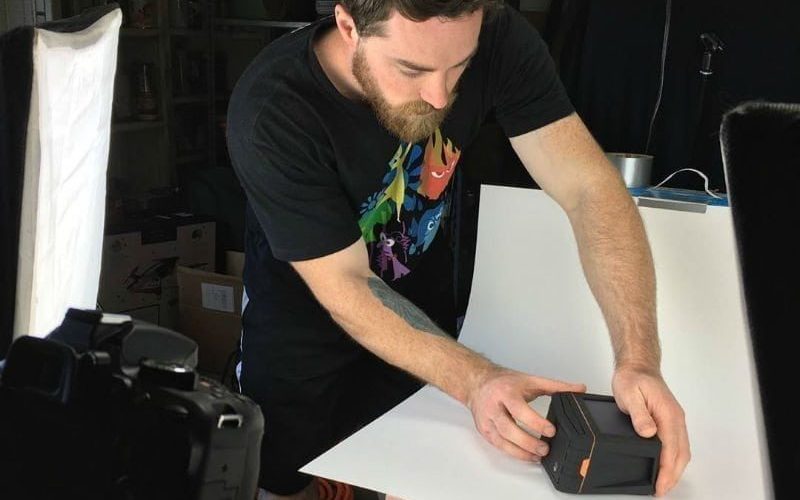 Stop motion animation is a fascinating art form. Used in both classic films such as 1925’s The Lost World and more modern projects such as 2012’s Kubo and the Two Strings, stop motion is a meticulous, time-consuming process that creates some truly fascinating visuals.

Nobody knows this better than Marc Morgan, also known by his online handle “Vanilla Gorilla.” Morgan, who currently has over 50,000 followers on Instagram, creates aesthetically pleasing stop motion animations for Nickelodeon, The Walking Dead, and more. We spoke with him regarding the process of creating his stop motion projects, his use of social media, and future ambitions.

Innovation & Tech Today: What kind of tech do you generally use for your stop motion videos? 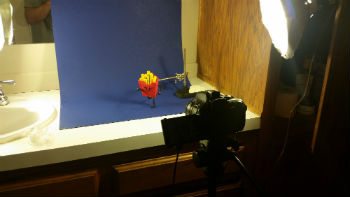 Marc Morgan: Currently I’m using a Nikon d750 DSLR with a couple of manual lenses that I hook up to my laptop. I have a frame grabbing software called dragonframe that helps me arrange my photos into a movie that I can play at different frame rates. It also allows me to reference my last photo taken with what I’m viewing in the camera live, so that I can see the incremental movements I’m making before I take the next shot. In taking the next step, I would love to get my hands on some VR/AR equipment and begin experimenting with stop motion animation in a new way.

I&T Today: How long do your projects generally take?

MM: Oh gosh. Stopmotion is definitely a time eater, but so are other forms of animation too. There’s a lot of thought, preparation, and work involved in a well done stop motion animation, even if it’s just 6 seconds. The preparation behind a video such as the ideation and story, character design, creating characters from scratch, planning their motion or dialogue and even the environment they’re in make up the bulk of the time for me, aside from the animation and editing. Sometimes I can make a video in a day or two from start to finish. Others have taken weeks, up to a month just for a 15-20 second video.

I&T Today: You’ve produced some very interesting videos for companies such as Nickelodeon and Hot Wheels. How do you approach creating projects in collaboration with such brands?

MM: Sometimes a brand already has something in mind for a piece of content so it really just comes down to making their vision come to life in my own style. Sometimes there’s a huge creative process after hearing the brand’s objective and who their target audience is and it’s totally up to me to come up with something that will be entertaining and eye grabbing. Sometimes the creativity is sparked by just making connections with words and actions that come to my mind, literal or abstract. Sometimes I have to sleep on it and let the idea just come to me. A lot of the time though, I have a video playing in my head from the get-go and just need to translate it into real life.

I&T Today: I’ve noticed you’ve done some projects featuring Gumby. Was he one of the inspirations for your stop motion work?

MM: I have a lot of different sources of inspiration and guys I look up to. Gumby was definitely a pillar from my childhood memories when I started animating as well as some of the old Christmas specials and even Davey and Goliath. Ray Harryhausen, whose films I probably watched the most as a child, really gave me a fire to create though. I have always had a fascination with dinosaurs and mythical creatures thanks to him!

I&T Today: You’ve gained quite a large following on Instagram. How important is it for artists to maintain a social media presence? 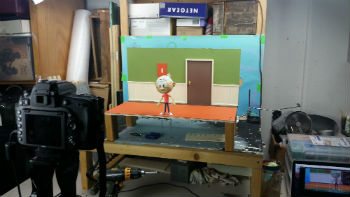 MM: Yeah, it’s crazy! Some of my videos are just ok with traffic, but a few have done really well. Like 40 million views a piece! Before social media, artists had always found a way to get their stuff out there and create a presence and make connections. However, if you’re not attempting to use social media as an advertising tool and a medium to create those connections with other artists and people who could be interested in your work, you could be seriously hindering yourself.

Everyone has a smart phone now and are using some form of social media platform. Social media is a digital highway and your pages and profiles are billboards on that highway for everyone driving by to see. It’s just up to you to find the strategy that routes the right kind of traffic by your billboards.

I&T Today: While your work has consistently been shorter online videos, have you considered doing any longer projects?

MM: I would love to! I’ve created a couple stopmotion videos that were up to a minute long or two long, but am far from accomplishing anything full length. I definitely have some ideas brewing for a couple full length videos or movies I’d like to make come to life. Ideas that are way deeper and darker and climactic than what I typically make on social media. However, if I want to get them done in under a decade, I need a team to work with to cover each aspect of the animation process. Till then I’ll probably stick to shorter content, but possibly integrate some episodic short stories into the arsenal as well.