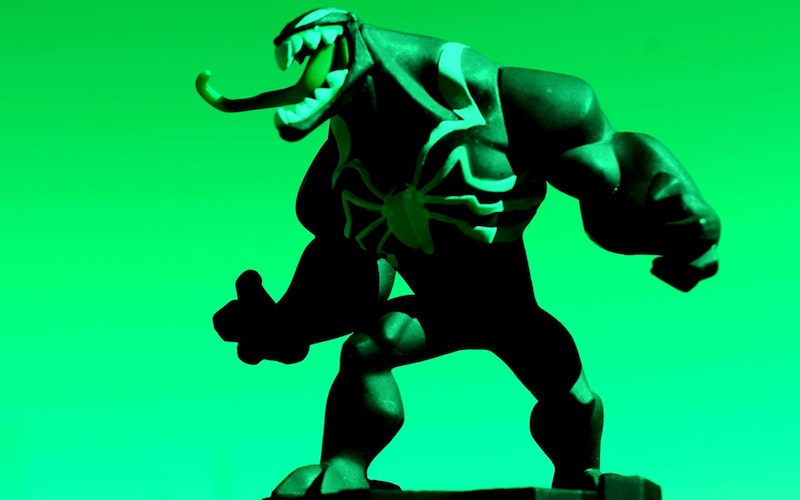 Twitter is easily one of my personal favorite places to go on the internet. After all, where else can I go for a steady stream of moth memes, mobs of angry people typing in all caps, and nobody retweeting anything I post? Well, there’s apparently a brand new phenomenon coming to the Twitterverse: fake movie reviews by voracious pop star fans.

According to a number of different outlets, Lady Gaga’s fans, also known as “Little Monsters,” have attempted to deter audiences from seeing the upcoming film Venom using false Twitter reviews. These appear to have been done in two different ways: bots tweeting the exact same review calling Venom the “worst film of the year” and what appear to be fans pretending to be suburban moms urging potential moviegoers to see A Star is Born instead.

But why have Gaga’s Little Monsters focused their collective anger on a seemingly innocent film? Is there a scene where Venom destroys all the unsold copies of Artpop? Are Gaga fans peeved that the film didn’t get the R rating it was going for? Are they venting their anger that their favorite pop star hasn’t had a great song in eight years? (Yeah, I said it.) No, it’s for something much more heinous: film release dates.

You see, while there is definitely plenty of hype for Venom, it appears that the film shares a release date with A Star is Born, a film starring Gaga along with Hollywood heartthrob and anthropomorphic raccoon actor Bradley Cooper. And, by spreading these false reviews online, Gaga fans are looking to draw moviegoers away from the new superhero film this weekend, a strategy that assumes people aren’t used to seeing negative reviews everywhere on the internet.

Well, despite the bizarre collection of fake reviews that have begun spreading, I highly doubt that Venom will be drastically affected. After all, would you rather see an Oscar buzzworthy film looking at the complexities of fame and fortune or watch Tom Hardy beat up some bad guys while covered in CGI goo? Yeah, me too.