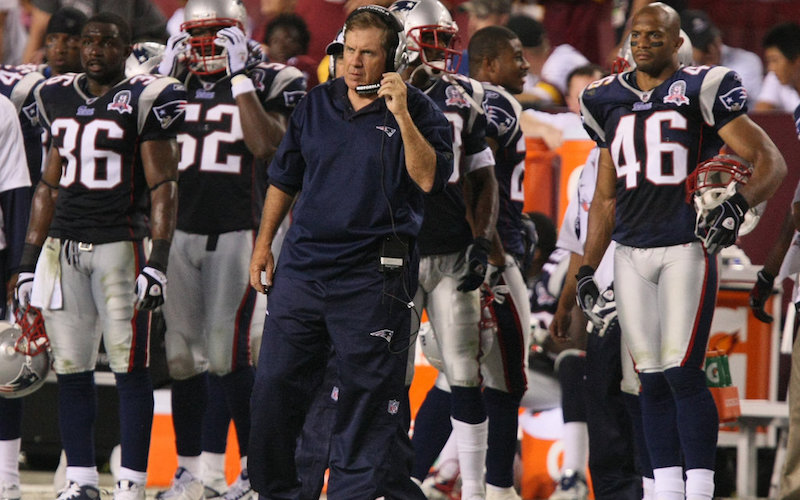 Sports can definitely be an emotional experience. Whether you’ve played sports yourself, watched them religiously, or just saw that whimsical scene in Field of Dreams, you know that athletes  can be overwhelmingly dramatic.

For many viewers, these emotions provide an additional connection to the teams and players. But for pieces of technology, it can mean an early doom.

You see, head coaches in particular vent their frustrations in a focused (and destructive) manner: throwing things. The most notorious example is undoubtedly Bobby Knight, who iconically threw a chair onto a basketball court in rage. But, while a chair is fairly durable, technology is not. Let’s take a look at the often-abusive relationship between technology and head coaches.

Headsets are by far the most abused target of head coach anger as they are conveniently throwable when football rage kicks in. Just look at this video of emotional (putting it lightly) Michigan head coach Jim Harbaugh destroying his headset after a penalty, only to hilariously attempt putting it back on moments after.

And let’s not forget Iowa State University head coach Paul Rhoads’ mangled headset, which even went on to be signed by the coach and sold at an online auction.

While football coaches seem to be the most likely to take out their rage on technology, America’s game itself has seen its fair share of incidents. The most memorable is former Kansas City Royals manager Hal McRae, who went on a remarkable rampage after being asked one too many silly questions during a post-loss conference.

In addition to using some heavily bleeped out language, McRae threw microphones and even a telephone around the room in a Pete Townshend-like display. McRae is no longer employed by the Kansas City Royals.

There is one moment that I believe takes the absolute cake in terms of coaches taking on tech, and it was orchestrated by no other than “the man that never smiles” himself, New England Patriots head coach Bill Belichick. Frustrated with his Microsoft Surface tablet, Belichick took a few steps away from the sideline and slammed the computer down, later swearing off using the technology due to lack of reliability.

The best part of this? Microsoft and the NFL have an exclusivity deal worth approximately $400 million for coaches to use their tablets. Between one of the greatest coaches of all time destroying one on the sideline and reporters repeatedly calling the devices “iPads,” that’s money well spent.