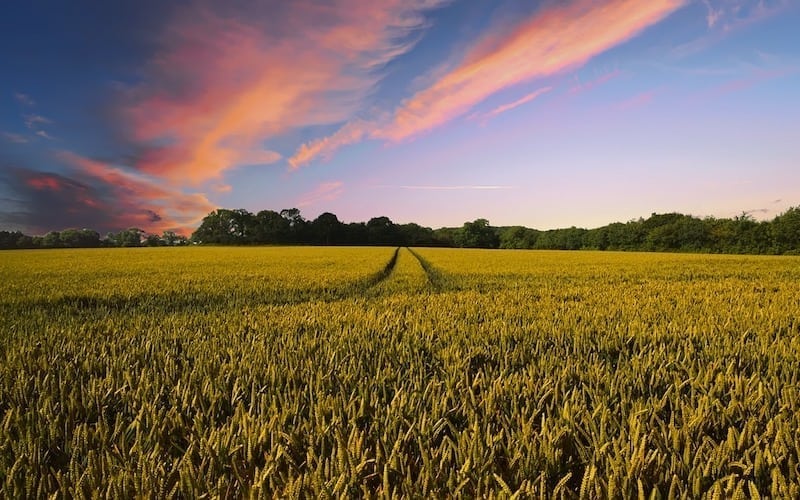 On October 1st, NASA celebrated its 60th birthday, marking over half a decade spent researching, exploring, and reaching new corners of the universe.

You might ask, who cares? In the 60 years that NASA has been exploring the cosmos, how much of that has been spent focused on us? What exactly has NASA done that has specifically benefited Earth?

To name a few, the Jet Propulsion Laboratory recently published an infographic article detailing 20 everyday things we wouldn’t have without NASA and space travel. However, this article doesn’t describe the many other inventions that aid in our everyday lives – especially nothing as menial as crop yields.

It’s something the Average Joe rarely thinks about, something that has little meaning to us. And why should it? Most of us aren’t farmers, and most of us don’t work anywhere near or with crops.

How NASA’s Inventions Affect Us All

In truth, this affects everyone. According to the National Institute of Food and Agriculture, agronomic crops (staple crops such as corn, rice, beans, and wheat) provide food, feed grain, oil, and fiber for domestic and international consumption. Crops such as these make up a large part of U.S. exports.

Being able to map and predict the outcome of these crops can also help predict the economic outcome of future crop production. NASA has been taking pictures of Earth from space since the very beginning. Back in 1946, a rocket was launched with a camera set to snap frames every 1.5 seconds. Once NASA was established, it began taking as many pictures of Earth as possible.

In 1972, the Landsat program launched the first satellite designed specifically to observe the Earth’s surface. This was followed by many other projects, like Landsat 8, which captures images of Earth every 16 days. Since NASA makes as much information available to the public as possible, anyone can use the data available from the Earth-observing missions.

Ultimately, to aid these missions, the Moderate-Resolution Imaging Spectroradiometer (MODIS) instruments were born. These two instruments are currently seated aboard the Terra and Aqua satellites. The Terra MODIS crosses the equator from north to south in the morning, while the Aqua passes from south to north during the afternoon. They orbit Earth every two days and will help improve our current understanding of global dynamics and processes.

MODIS continually takes measurements at three different levels of detail. Having morning and afternoon sensors allows observers to see changes that occur during the day. Using this imaging, scientists can see changes in deforestation, urbanization, hydroelectric, and irrigation.

Observing the Earth’s surface is imperative to understanding the impacts of weather and climate change, as well as the impact the humans have on the Earth.

Using MODIS, NASA can make a near-perfect prediction when it comes to crop and harvest yields. The beta version of the TellusLabs Kernel, an intelligence product that allows viewing of the satellite images, predicted yields on U.S. corn and soy crops in 2016; ahead of all publicly available forecasts.

Using this technology, NASA can accurately predict the future of crop growing and harvesting. This could be beneficial not only to the United States, but to the entire world, allowing for farmers to optimize their harvest. This satellite imaging could be used in third world countries to help promote crop production and consumption in areas where food is scarcer.

There is a large amount of room for growth and expansion for this technology. Its benefits are far reaching and have the potential to provide information for decades to come, yet another reason more investment should be put into America’s space program, products, and services, as well as it’s dedication to the American people.