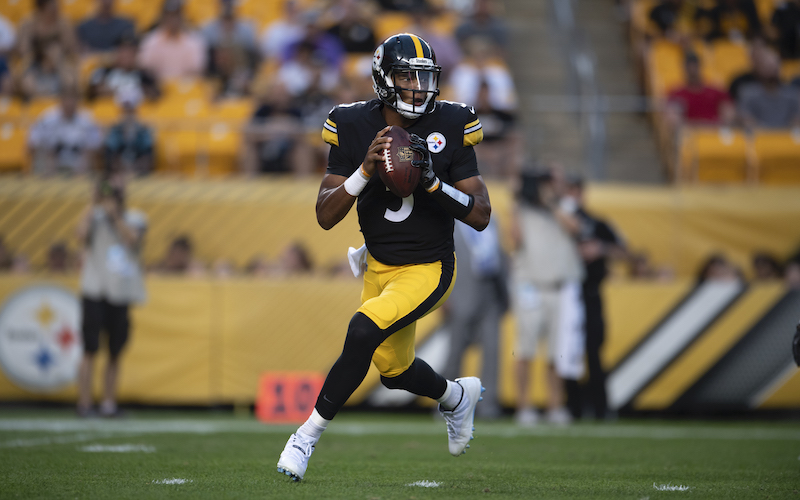 “With the 135th pick in the 2017 NFL Draft, the Pittsburgh Steelers select Joshua Dobbs, quarterback, Tennessee.”

With this announcement on April 29, 2017, Josh Dobbs would begin a career like none other: playing quarterback for a historic NFL franchise. The opportunity to play for two playoff-built teams that thrive on competition, the Pittsburgh Steelers and, after a recent trade, the Jacksonville Jaguars, is the dream of countless young athletes.

Josh Dobbs has been fascinated with aviation from a young age, fondly remembering everything from fixating on planes at the airport to attending a Tuskegee Airmen camp in seventh grade. This strong interest, along with his substantial math and science skills, would inspire him to study aerospace engineering at the University of Tennessee, where he received The Torchbearer Award, the highest honor for a UT undergraduate. In our conversation, Dobbs detailed his recent NASA trip, the importance of STEM education, and his professional plans beyond the gridiron. 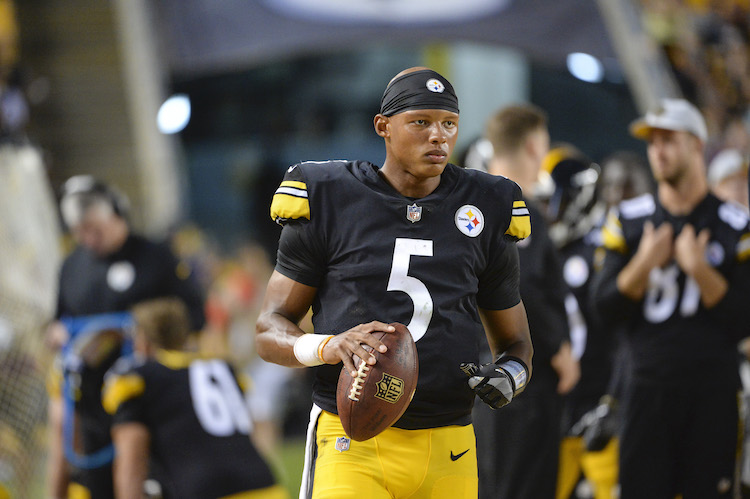 Innovation & Tech Today: How would you compare the thought process of quarterbacking an NFL team versus aerospace engineering?

Josh Dobbs: When you’re an engineer, you’re a problem solver. So in college, you go to engineering class, they give you a problem, you figure out how to solve the problem, you get the most concise answer for the problem, you fix it, you repeat the process. When you’re a quarterback, it’s very similar. You’re given a play and then the defense presents you with a problem. Basically, you have to be an engineer. Critically think how to get your offense, your team, into the best situation and run the best play to attack the defense. So it’s similar thought processes; see a problem – figure out how to fix the problem, apply the solution, repeat process – both in the classroom and on the field. I learned that through my studies and then as I’ve progressed as a quarterback as well.

I&T Today: Tell me a bit about your offseason experiences with NASA.

Josh Dobbs: So for the NFLPA, I was supposed to do an externship this year with NASA, their daughter facility outside of Washington, D.C. So at the time of the externship, there was a government furlough, so it postponed those efforts. That externship was going to be very entrepreneurial. So you work with NASA, you see what they’re doing at that base, and then NASA works various technologies both in the aerospace world and in just the regular engineering world. So you’re going to take a technology that they have and figure out a way to apply it to real world problems. So, that was postponed.

I got to see the launch sites where they sent off all the Apollo test missions, and then the Apollo 11 mission, and all the shuttle launches. I got see the Atlantis shuttle, which they have down there on display. So it was a blast. It was a good couple days to spend down there with them. Very insightful.

I&T Today: Some athletes, such as Lebron James and Drew Brees, have said that the next generation should focus more on science than a career in sports. What are your thoughts?

Josh Dobbs: I think you can focus on both. If sports and science are your passion, I don’t think you should limit yourself to one. I think the way it’s set up, you’ve got to go to school. Not only high school, I’m talking about college. Go to college, especially playing football, you have to go to college. You’re on a scholarship. You’re given an opportunity to go to a prestigious university and learn and actually maximize your time there. So if you have interest and are excelling in the classroom, especially in a STEM degree, I think you can focus on both. There’s enough time in the day. You have enough brain cells to focus on both.

But, of course, it’s hard work and you’re going to be different than the pack, and there’s not a lot of people that do it. But that’s what makes it even more special. So I think, yes, science degrees are amazing. Yes, playing professional football is amazing, and you shouldn’t be limited to only being able to pursue one of those fields, and I hope I can serve as an example of how to do that.

I&T Today: STEM education is just such a big focus for young students these days. What do you believe is the best approach to inspire them to find a career in STEM?

Josh Dobbs: Well, I think a STEM degree and the STEM field present so many possibilities, whether it’s in aviation, or whether it’s in industrial engineers, or whether it’s in computer science. There are so many opportunities, so many fields that you can get into. At the end of the day, just follow your passion. Technology is changing every single day and growing and getting better, so no matter what field you’re going into, you literally have a direct impact on the future, on how people can interact with technology, how you can make people’s lives easier. So it’s a really powerful time to be involved in the STEM world, and I think if you just pursue your passions and find a degree that helps you pursue those passions and impact the world, then I think the sky’s the limit. And you’ll be able to tap into your passions, into something that you generally love and enjoy.

I&T Today: What kind of athletic tech do you generally utilize for training?

Josh Dobbs: I use several things. I guess your daily monitors, like I use my Apple Watch, I use my Whoop. So you’re able to get the sleep monitor, you’re able to get your exercise exertion monitor on everything that you’re doing. I’ve really enjoyed the vision training. I think that’s awesome. Strengthening your peripherals, strengthening your reaction time, being able to see and recognize objects and targets when your eyes aren’t really on them. That’s been phenomenal for me, especially at the quarterback position.

There are some coverage recognition apps that you’re able to use, where you’re able to quickly see defense and then be able to recognize what type of defense it is and get quizzed on that. So I think there’s a lot going on. Obviously, you don’t want to overload yourself, where you’ve got every possible monitor on your body. At the end of the day, you’ve still got to go play football. So you don’t want to take away from that aspect of it, but there’s several things that I do where I really do see the benefits, especially in the technology world and helping to make the game easier and helping your reaction time and really recognizing defenses.

I&T Today: When you hang up your cleats for the last time, what do you want your next move to be?

Josh Dobbs: During college, I kind of felt like I wanted to go into the design phase, whether it’s aviation or aerospace. But what I’ve kind of learned is that there’s so many opportunities, whether it’s in aerospace, whether it’s aviation, whether it’s in engines, which I got a chance to work on with Pratt & Whitney for a couple years. I would say my finger isn’t quite set on one thing because I have so many more learning opportunities coming up in the field to get a chance to fully see what I want to go into. So I’m kind of taking it all in. I’m learning as much as I can right now, trying to expand my mind, expand my ideas, so that whenever football is over, I’m able to know what I want to go into.

So it’s a work in progress right now. It’s an evolution, but the opportunities I’ve had are definitely getting me prepared for it. 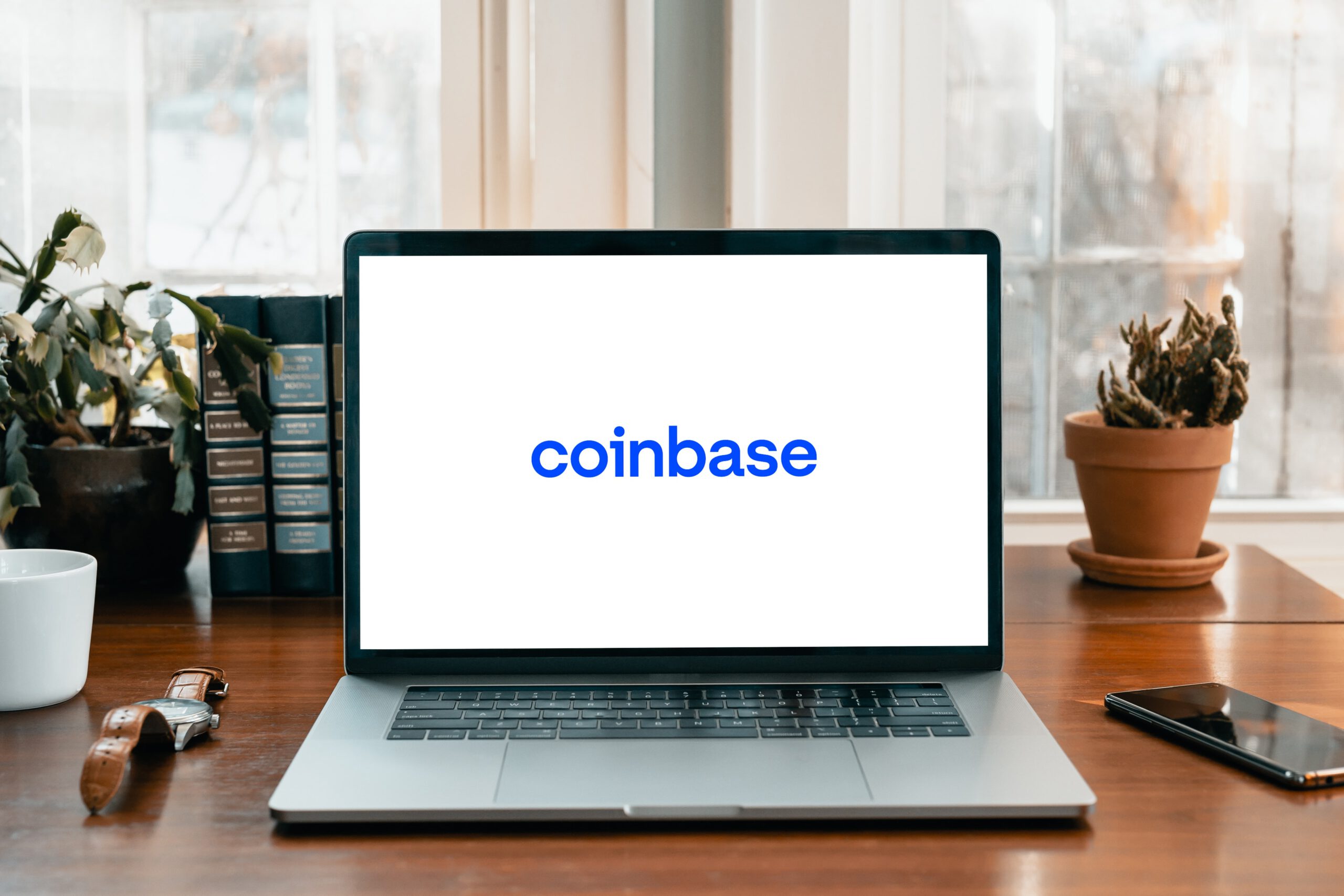 Crypto NFT Today: The Latest News in Blockchain, Cryptocurrency, and NFTs: May 25-May 31, 2022