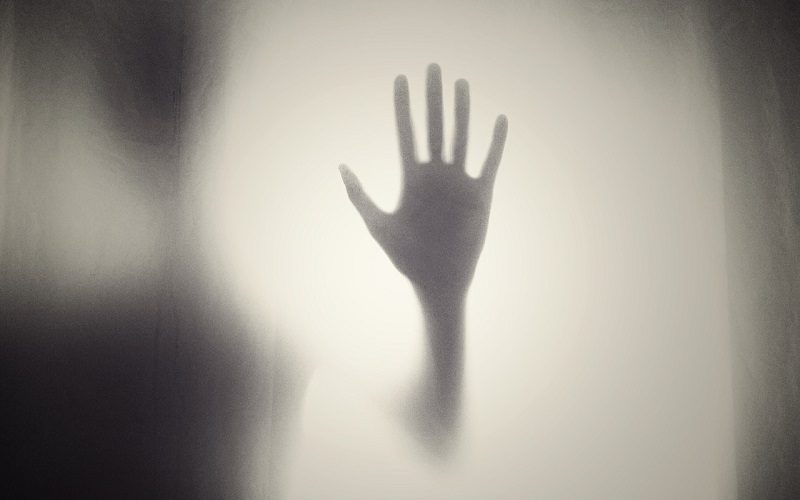 It’s March! A month for partying on St. Patrick’s Day, adjusting your clocks for Daylight Savings, and, of course, binge watching horror movies. Hey, if people can do the whole “Christmas in July” thing, don’t judge me if I prefer to celebrate Halloween in March.

Regardless of the time of year, horror films are a genre that deserve recognition from January to December. Especially December if you’re watching the underrated classic Santa’s Slay. Whether you’ve got Hulu, Netflix, or Amazon Prime, let’s take a look at the best horror movies you can stream right now.

One of the newest films on the list, Annihilation was one of the surprise hits of 2018. Starring Natalie Portman, Michelle Rodriguez, and Oscar Isaac, the film has a star-studded cast of actors who have been in some of the world’s biggest franchises (Star Wars, Fast and the Furious, X-Men, etc.).

Exploring a number of interesting themes and showcasing stunning visuals, Annihilation provides some originality in a world of reboots and sequels. Oh, speaking of …

The Saw franchise lasted seven films, which is pretty surprising when you realize that you just watched the same basic footage of people doing horrifically gruesome things to themselves seven straight times. Well, after a hiatus of a few years, 2017 saw the release of Jigsaw, which continued the story of the eponymous killer years after the story had concluded.

And, this may come as a shocker, but its full of all the gratuitous brutal torture of the rest of the films. But, hey, maybe that’s what you’re into. I don’t judge that much … weirdo.

As anyone who went through puberty knows, school is already scary enough on its own. However, The School is scary for quite different reasons. As in, it contains strange supernatural imagery, creepy children and set pieces, and lots of heart-pounding moments.

If that sounds too vague I apologize, I’m still trying to process what I just watched. Kind of like the time I watched Beverly Hills Chihuahua. Only slightly scarier.

Watch The School on Hulu now >

Starring Jennifer Lawrence and Javier Bardem in a tested relationship, Mother! is one of those beautifully suspenseful horror films that also has an artistic, surreal flair to it. With stellar acting, directing, and one of my favorite horror film trailers, Mother! will have you crying for your mother.

Yeah, I wish I had come up with a better closer, too.

Just in time for the upcoming remake (which will hopefully have an awesome Ramones song in it), now’s the perfect time to check out the original. Based on the Stephen King novel of the same name, Pet Semetary is the latest of King’s novels to get the big screen treatment.

However, the 1989 original is definitely still worth checking out, if only for its awesome 80s aesthetics. But, if you’re like me, your inner editor still cringes every time you see the word “Semetary.” Maybe that’s the scariest part of the movie for us former English majors.

The first film of the franchise, The Conjuring is a fascinating take on the paranormal/haunted house film genre. However, its grim tone, numerous scares, and overall eeriness still seem unique compared to similar horror flicks. And, interestingly enough, it was helmed by Aquaman director James Wan.

But the only thing scary about watching that film was knowing I’ll never have Jason Momoa’s sculpted build.

Watch The Conjuring on Netflix now >

Also known as “that movie with a blindfolded Sandra Bullock that people wouldn’t shut up about for a week,” Birdbox is one of the most well-known horror films in the streaming world. Debuting in November of 2018, the film lived up to the hype, providing a tense feeling throughout.

However, personally, I prefer the Big Bird version that Nerdist put together. It’s somehow even creepier.

Known for its extremely dark town and atrocious spelling choice (seriously, just call it “The Witch”), The VVitch took themes of dark magic and 17th century life and made them creepy. Like, really creepy.

Just watching the trailer, you get a feel for just how disturbing the film will be, as they somehow even managed to make goats scary. I prefer my goats hilariously screaming along to Taylor Swift songs, thank you very much.

Watch The VVitch on Netflix now >

As usual, Netflix is on top of it with the classics. Maybe they’re going all out on horror because they know they’ll be losing all their Disney content pretty soon. Regardless, it’s nice to see yet another 80s horror classic available at the push of a button.

Even if you already saw this film when it first came out, there are parts that genuinely hold up. Hey, it was even good enough to spawn a crappy ripoff film years later starring Kevin Bacon. Not many films get that honor.

Silence of the Lambs

And now, one of the all-time classics. Silence of the Lambs has everything you could ask for in a horror movie: great acting, tons of suspense, and iconic lines. While the horror genre has seen an interesting resurgence over the past few years, this film shows why the horror classics are regarded as, well, classics.

Thrilling from start to finish, this film is definitely best enjoyed with some fava beans and a nice bottle of chianti.

Watch Silence of the Lambs on Netflix now >

Seemingly the only horror franchise not currently being rebooted, Jeeper’s Creepers offers some fairly genuine scares. While sequels are generally not well-regarded in the horror world, Jeeper’s Creepers 2 has a legitimately terrifying premise where a group of high schoolers are trapped in a school bus with the frightening “Creeper” attempting to kill them.

Don’t worry, they’re high schoolers in a horror film, I’m sure they’ll all be fine.

Alright, enough of the blood-splattering thrillers, let’s look at some campy stuff! Something sorely missing from many of these streaming services, Killer Klowns from Outer Space is a goofy, weird, funny, and odd horror flick.

And it was also one of my favorite movies in high school. I even wrote a punk rock song based on it that I hopefully buried somewhere and will never see the light of day.

But I digress. If you’re looking for evidence as to why this is a must-see, please check out this essential scene. Oscar-worthy is an understatement.

The film that single-handedly made many 80s kids fearful of their stepfathers in the way that Jaws made people terrified of sharks, The Stepfather goes to show you don’t need a far-out scenario for a good horror flick. You just need butcher knives and rising tension.

While by 1987 the rental store was filled with slasher flicks, The Stepfather stands out for its realism and positive critical reception. But maybe you want to see a bunch of 80s people stabbed in a less realistic manner. Well, boy do I have a movie for you!

Much like Pet Semetary, Child’s Play is just about to get the good old fashioned reboot treatment. However, I must say that the Child’s Play reboot looks more appealing to me, as they seem to be building up the scares and sparsely actual showing Chucky himself. Well, I’ll let that argument inevitably solve itself in the comment section.

In the meantime, take a look at where it all started with the original Child’s Play. Also, as an aside, am I the only person that thought that Danny Devito voiced Chucky for all these years? Apparently it’s some guy named Brad Dourif. Please let me know in the comments below that I’m not the only one.

It’s really quite a shame that this movie doesn’t get the respect it deserves. While kids these days may not be aware, Paranormal Activity swept the nation a decade ago, making theatergoers terrified at something as simple as a door closing.

Okay, that doesn’t sound too scary nowadays, but in 2009, it was genuinely terrifying. Of course, that was the time when Jersey Shore, Toddlers in Tiaras, and Transformers 2 were popular. Maybe 2009 was just scary all around.

What terrifying (or terrifyingly campy) horror movies did we miss? Let us know in the comments below.

Need a palate cleanse after one of these scary movies, check out The 7 Best Science Documentaries to Watch Right Now