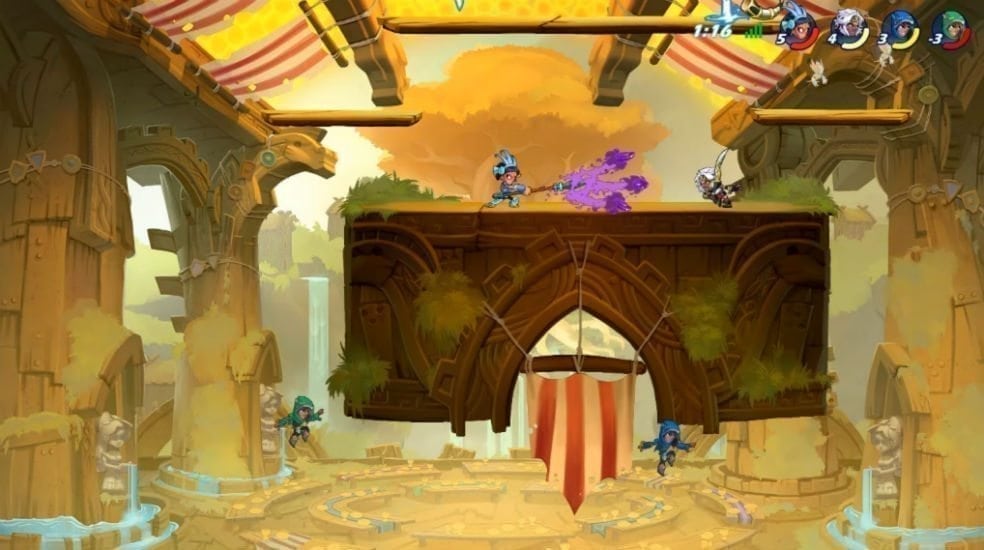 The fighting game genre has evolved numerous times throughout the years. From lifebars and combos to hyper violence and competitive play, fighting games have definitely changed since the days of Street Fighter. However, one game that helped to reimagine the world of fighting games was Super Smash Bros., a simplified version of the genre exclusively starring Nintendo characters. Unlike your usual fighting game, the objective is to knock your opponent off the end of the stage. Brawlhalla, a free-to-play game available on Steam, takes the Smash Bros. concept and puts its own original characters and spin on it.

On this episode of InnoTech Arcade, Anthony and Alex play Brawlhalla and offer their advanced insight on the game. Well, they try to talk about the game, but mostly get into the topics of Rob Schneider films, sarcastic slow clapping, and why a grown man should be able to wear a bib. That’s pretty much all you need to know.