The cynicism of the internet revolves around the pleasure of discussing the worst things ever. We love seeing the top 10 worst songs of the year, we watch bad movies for fun, and we have a laugh at the ineptitude of the Cleveland Browns. However, this article isn’t just about one of the worst animated films of all time. It’s also about the bizarre backstory of a film that takes product placement to the next level. 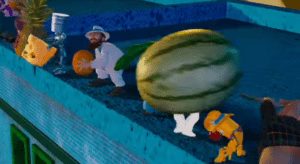 Foodfight!, directed by Mortal Kombat producer Lawrence Kasanoff and released by in 2012, has the most complex backstory of any movie made not named Apocalypse Now. And, speaking of Martin Sheen, his son Charlie voices the main character of Dex Dogtective. (There’s your six degrees of separation!)

The film’s production began as early as 2000, when it was envisioned as a mixture of advertising icons, a Toy Story-style universe, and Wreck-It Ralph-style crossovers. The story takes place in a supermarket that turns into a miniature city at night, where the brand icons come alive and throw parties. There were tons of well-known icons planned to star in the film, with 80 brands looking to blur the lines between entertainment and commercials. 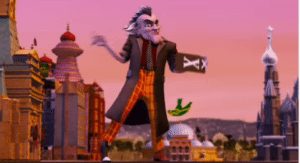 However, delayed production, animation changes, and even stolen hard drives led to the film’s eventual release in 2012. Upon it release, the movie was immediately critically panned for its poor animation, blatant product placement, and disturbingly inappropriate innuendos.

Normally this kind of movie would be simple forgotten altogether and written off as another bargain bin DVD. However, most of those dollar store-style movies will have the budget of a McDonald’s breakfast meal. Foodfight!, on the other hand had an overall budget of (drumroll please)

Naturally, a film of this magnitude could not go unnoticed for long. In the past few years, internet reviewers such as JonTron and the Nostalgia Critic have dissected the advertising mashup for its low quality animation and strangely adult dialogue.

Despite the film having a complicated backstory, this idea simply could not work no matter how you approach it. Trying to manage so many product tie-ins in one movie while keeping each individual company happy would be a monumentally difficult task. 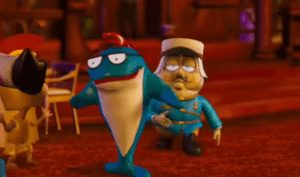 An exact example of why this wouldn’t work? Who Framed Roger Rabbit, which starred both beloved Disney and Warner Bros cartoon characters, showed how difficult it is when competing worlds combine. In fact, Warner Bros made sure it was clear in their contract that Bugs Bunny and Mickey Mouse would have equal screen time.

And that’s just two cartoon icons. Trying to find enough screen time for the various brand icons owned by billion dollar corporations would prove to be impossible, even by the most capable of film directors. Although, personally, I would have loved to see Christopher Nolan’s take on Foodfight!

One of the fastest-growing applications of 3D printing is in medicine and healthcare. Here are some... Dec 27th, 2019

Since employees keep your business running, you need to create a healthy company culture to help... Jul 10th, 2020

Today we live in a world that is entirely driven by technology, and getting any work done requires... Jul 8th, 2020

Feeling less than productive? Check out these four simple ways technology can amp your output and... Jun 26th, 2019

If you decided now is the time to begin scaling up the online presence of your business, you have... Jul 2nd, 2020