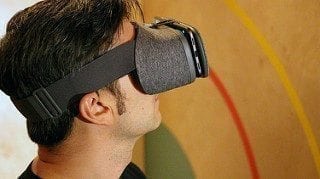 3 Trends To Watch For In VR Gaming

The arrival of virtual reality headsets in 2016 has defined much of the year in gaming. Toward the beginning of the year we previewed the rise of these powerful and fascinating new tools for entertainment, warning you all that the headsets were coming. Now, several months later, they’re here in all their glory. From Google Cardboard to the PlayStation VR, there’s a large and dynamic range of equipment that can allow you to hop right out of this world and into a virtual one.

We’ve already seen the debuts and sneak peeks for a huge number of games built for these devices. There are puzzles, shooters, racing games, flying games, vast adventurous exploration narratives, and tiny demos built into augmented reality representations of your true surroundings. In other words, there’s a little bit of just about everything. However, we’re also still at the beginning. There are plenty of games to come so we’ve taken the time to think through a few trends we may be likely to see in the near future.

Augmented vs. virtual reality is a small but significant distinction. The former, as with Pokémon GO, uses a screen to populate the real world around you with digital elements. The latter uses that screen to present an entirely virtual environment. Both AR and VR are popular on headsets already, but there’s a good bet that we’ll start to see blends of the two at some point as well. It would appear that the idea behind this comes (for this writer at least) from this mobile game, in which Mordo, a character from the film Doctor Strange, was recently introduced. Mordo has the power to freeze an opponent and open up a portal behind them, shooting the enemy through it. So what’s to stop something like this from happening in an AR/VR combo game? Our headsets could show us portals or secret passages built into our own environments, and through them we could find entire fantasy realms not unlike the titular passageway in The Lion, The Witch & The Wardrobe.

As popular as casino gaming is online and through mobile platforms, it’s never quite taken off on consoles. That could change with VR headsets, thanks to some tweaks that have already been made in the presentation online. This page showcases some of the new features that can be found at forward-looking casino platforms. These largely include live dealers and 3D gaming environments becoming available. That means online gamers can interact with human card dealers, roulette spinners, and more in real time for a much more dynamic experience. A similar idea in VR would make for one of the most realistic gaming experiences around, and it could be this sort of immersion that’s needed for casino simulation to take off with mainstream video games.

Gaming Will Get Educational

VR is going to be used for many applications that have nothing to do with entertainment. But even within gaming, it has enormous capacity to educate people. We’ve already seen one experience about exploring Mars in virtual reality, and we’re likely to see many games that take players back to historical settings (perhaps in the Assassin’s Creed or Far Cry franchises). We may even see adventure games focused on scientific exploration. Add it all up and there’s clear potential for VR games to be used as teaching tools for a fun and fresh way to use technology to engage students in the learning process.

These are just a few of the trends we can probably expect to see, but they’re among the ones with the clearest potential.