Like many people my age, I’ve been a pretty consistent user of YouTube since its inception. Which probably explains my complete lack of attention span due to experiencing so much vapid viral content at such a vital stage of mental development. But it’s not like I’ve got difficulties staying focused in my adult life. But hey, did you ever see that video of that Numa Numa kid? It’s tremendous. Where was I going with this? Ah yes, YouTube. Because I’ve spent so much time on YouTube throughout the years, I’ve got a pretty good grasp on the many trends the website has seen over the years. And trust me, there’s some that are less than desirable. Let’s take a look at some of the most regrettable trends we’ve seen in 12 years of YouTube. 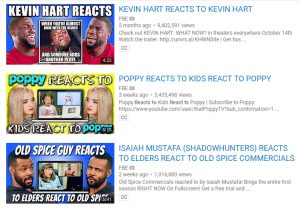 Made famous by The Fine Bros, a video trend that grew extremely popular a few years ago was “React To” videos. With such fine entries as “ELDERS REACT TO SLIPKNOT” and “KIDS REACT TO 80’S TOYS”, (yes, all the titles are in caps), these kinds of videos have a pretty simple premise: showing exactly what the title tells you. While I thought this trend had for sure gone away, I searched “reacts to” just to see that the videos still get posted every day with millions of views. My reaction to this? Mild shock. 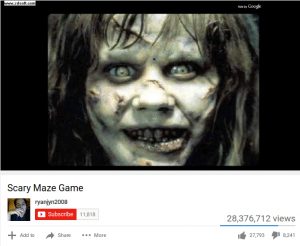 I still remember the very first time I experienced a “screamer” video. I was simply browsing the internet on my home computer, looking around for some more cat videos in between checking my Myspace page. (That was the most 2006 sentence ever written.) After about ten seconds of a video I clicked on, what am I presented with? A loud scream and a picture of a creepy clown. It was late at night and I’m pretty sure I woke up the entire block. Needless to say, that screamer alone was more frightening than, well, being a teenager in 2006. 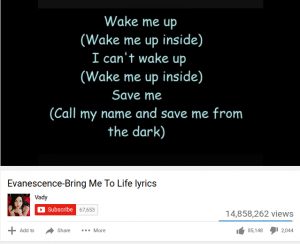 I have no idea where this trend started, but for some reason fan-made lyric videos were everywhere in the early days of YouTube. Long before the days of Vevo and professional music videos being uploaded directly to YouTube, someone had the idea to make their own lyric videos, complete with aesthetically pleasing Comic Sans lettering. So, to all of you aspiring music video directors out there looking to cut costs, all you really need is the lyrics to a song and access to Windows Movie Maker. 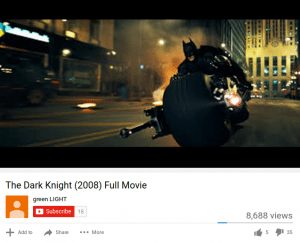 One thing that YouTube has done is made us expect a wide variety of content. However, not everything can be uploaded to YouTube, as they’re still strict when it comes to copyrighted material. However, the occasional full length movie with a loose copyright or episode of Full House is still posted on the site every once in awhile. Which is probably why we’ve all fallen for clicking on a video that says “Dark Knight (2008) Full Movie” just to be greeted with a still shot from the film playing for two hours with a link to a website that will undoubtedly give your computer a virus. It’s these kinds of things that really make you miss Blockbuster.