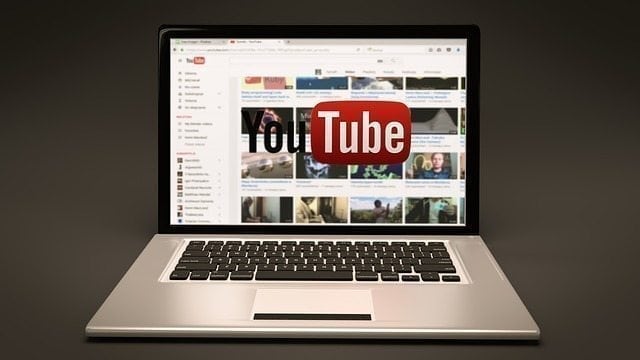 Whether you’re an avid headbanger, casual metalhead, or just think the logo looks cool, there’s a good chance you know about Metallica. While the band is known for their thrashing guitars and aggressive style, they’ve become just as famous for their strong opinions on the topic of online music. Between the entire Napster lawsuit and the fact that their manager once called YouTube “the devil”, it’s pretty clear they miss the good old days of people buying physical records.

But here’s the thing: are they really that wrong?

While the Napster debate is long over, YouTube is the current hot topic when it comes to shaking up the music industry. And, in my mind, it’s for good reason. Think of it this way: when you want to show somebody a quick song and have your laptop handy, what do you do? Do you open iTunes and play a quick thirty-second preview of the song? Do you spend the time to log into Spotify and search for the song? Or do you play one of those 2007-style lyric videos off of YouTube?

That’s what I thought.

But there’s a reason we go to YouTube for our music first: it’s easy. You can search pretty much any song you want without logging in or downloading anything.

However, there’s one small problem with this: the artists will make either little or no money. A song you pull up will be from the band’s official YouTube channel will get them paid from ad revenue. But when it’s a Windows Movie Maker lyric video uploaded by YouTube user “linkin_park_fan_4_lyfe”, do you think any money is going to the artist?

The weirdest thing is that, despite YouTube’s large amount of algorithms and resources, pretty much any song is playable on site without being published by the original artist. Major hits from Michael Jackson and even entire albums from Black Sabbath and The Beatles are available with a simple search. Forget not giving people an incentive to buy albums, where’s the incentive to even use Spotify so the artists still make some money?

Now, it is true that bands have tried to adapt to this with their own personal Vevo pages and even creating their own lyric videos. And, to be fair, they are trying to at least stay relevant. But how much do they actually make from YouTube compared to other services? According to a 2015 Guardian article, a solo artist can make $1,260 a month (the monthly minimum wage in the United States) with 172,206 plays on Google Play, 180,000 plays on Tidal, and 1,117,021 plays on Spotify. For YouTube? 4,200,000. Unless you’re Tay Zonday, that won’t be easy.

As I said, there’s a reason people use YouTube for music. It’s about as easy as you can get. Heck, if you went back in time to the old days of buying vinyl record singles, they’d be astounded that you can pull up any song ever written from your phone in seconds. They’d also probably burn you for witchcraft.

The good news is that these issues are being addressed. Bigger artists such as Metallica, Paul McCartney, and Lady Gaga have voiced criticism of the financial problems caused by YouTube. But I’m sure YouTube will respond correctly and make everybody happy, right? …Right?