It’s easy to get caught up in the promise of the Internet of Things (IoT) to make life easier, safer and more enjoyable. From smarter transportation to a revolution in healthcare, the benefits are numerous and consequential. Yet the technology’s potential is packed with unanswered questions and unintended consequences its developers are still struggling to manage.

As more and more consumer devices, public infrastructure, and all sorts of other things become “smart” by wirelessly connecting to the Internet of Things, the nature of cyber security is undergoing a fundamental shift. Until recently, security and privacy online has largely been an individual concern: users adjust the privacy settings on social media, install anti-virus software on their computers, take care when using public WiFi on their mobile devices, and so on. The IoT changes everything, from how users securely access their devices, to how they all connect, interact and share information. 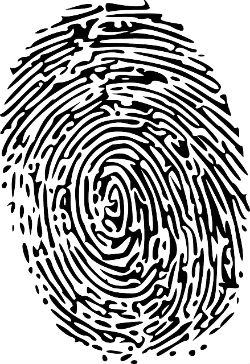 In some ways, even the security challenges of the IoT have a silver lining. Making all these next generation smart devices secure requires next generation authorization. Soon, the days of having to remember dozens of passwords and routinely update them to incorporate more complexity (all while keeping them distinct enough to actually preserve some semblance of security) may finally be over. That’s thanks to the development of biometric security, which enables users to unlock their devices with everything from a unique voice ID to retinal scans, fingerprints, facial recognition and more.

The IoT is leading this anti-password security revolution in part because many smart devices lack screens, keyboards, or any of the other standard interfaces that would allow users to input their passwords. As much as this makes things easier for the average user, it represents a major programming challenge for those working to turn the IoT into a reality.

Making the IoT user-friendly as well as safe mean that programming challenges go hand-in-hand with design, marketing and many other historically distinct fields. This need for multi-talented teams is part of what makes learning new tech skills and how to code an important starting point for many individuals looking to work in technology. Whatever your academic or professional background, learning coding can enhance your ability to contribute more.

So much for securing the devices themselves, but what about the data they generate?

IoT has become almost synonymous with big data. That’s because millions of wearables, smart devices, and other connected infrastructure can collectively measure and record even more data than is already being produced online by social networks and internet searches. If coders can create programs to effectively sort, organize, and parse through this data, it can potentially be used to learn all sorts of things about the world and its inhabitants.

While the noble goal here would be to use this information to do things like improve healthcare, prevent crime, and advance research, big data comes with a natural vulnerability to less ethical exploitation – from unwanted advertising to malicious hacking, identity theft and more.

While some fear this will spell the end of all privacy, it really represents a series of coding challenges that have to be confronted. Some of this data can be anonymized, with access privileged according to a user’s preferences. Making this kind of data control seamless and effective is a whole different engineering challenge on top of controlling access to the devices themselves. 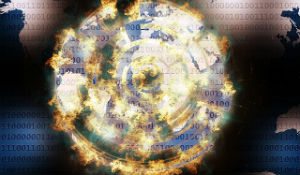 The internet, as we know, connected computers, making their contents accessible to users via the World Wide Web. In the Internet of Things, smart devices record and transmit information, but the data they create isn’t stored or even accessed locally. All this information goes to the Cloud. As the IoT grows, so do the number of places, people, and systems that represent potential targets and weak spots for hackers and other high tech compromises.

While biometrics and built-in privacy controls can help to keep IoT devices relatively secure, the streams of data connecting them all to one another and to the cloud are another matter. Users will not own or control their data the same way as when using private hard drives disconnected from the internet. Smart devices are always on, always connected.

Making the IoT work is only the beginning: it must also be reliable and secure to survive. The security and privacy challenge is ongoing, and requires dedicated, behind-the-scenes talent to keep up with the dynamic world of hackers, cyber criminals, and other digital threats. Giving consumers and users the peace of mind of knowing that their data and identities are safe means proving, constantly, that all the cyber security code and software is working 24/7 – just like the smart devices of the IoT.

The IoT is still growing, evolving, and gaining traction in industries and communities around the world. But, even after IoT devices become ubiquitous, and people come to accept and even rely on their smart technologies in their everyday lives, the need for data analysts, cyber security experts and code-literate specialists of all stripes will continue.