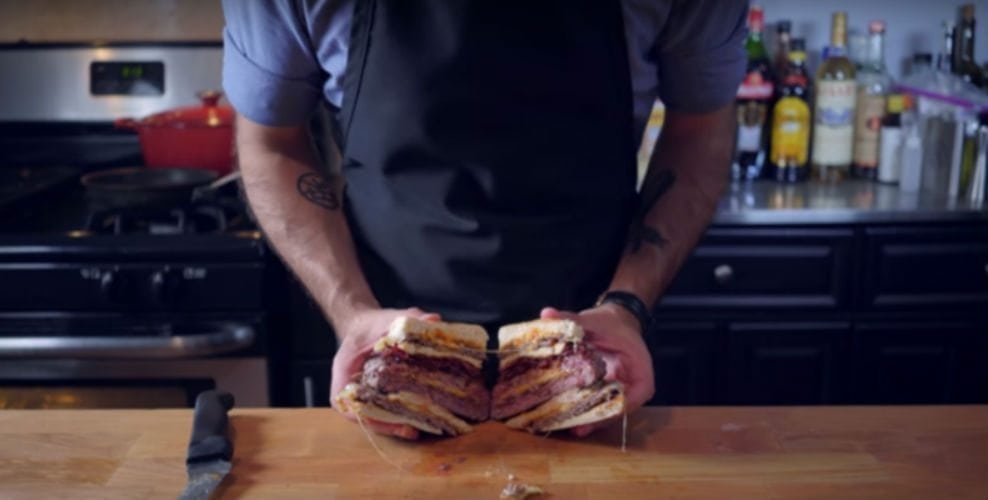 YouTube is packed to the brim with content. From late night clips to video game reviewers to… mashups of the Seinfeld theme and “Hollaback Girl,” there’s no shortage of videos to watch. One of the wonders of YouTube is the fact that it can host a TV-style format while addressing more niche topics. This is best seen with the YouTube series Binging With Babish, which feels like a Food Network show tailored for an online audience with a focus on pop culture dishes.

The show, hosted by Andrew Rea, launched its first episode in February of 2016, recreating Ron Swanson’s iconic cookoff burger from Parks and Recreation. Since then, it has gone on to showcase such pop culture deliciousness as the Michael Scott pretzel from The Office, the moistmaker sandwich from Friends, and even the Krabby Patty from Spongebob Squarepants, featuring an interesting theory that there is no secret ingredient to Krabby Patties at all as Mr. Krabs would be too cheap to pay for an actual extra topping. Has your world been turned upside down yet?

One of the greatest parts of the series, though, is the fact that Rea will often make two different versions of the dish, one that’s true to the fictional counterpart, and one that would actually taste better in real life. A great example of this is Homer’s moon waffles from The Simpsons, which literally consists of a stick of butter with caramel wrapped in a waffle. While it might sound delicious, it would most likely kill you, so Rea presents a more digestible version. I could probably make some clever joke using that word “digestible,” but I’ve only had one cup of coffee today and don’t feel like it.

And I’m only scratching the surface of what’s been covered on the show so far. Meals from Harry Potter, It’s Always Sunny In Philadelphia, Curb Your Enthusiasm, Bob’s Burgers, and much, much more have been featured so far. Additionally, he has started giving more basic tutorials on steak and pasta, which will undoubtedly get fewer views than the pop culture ones. But they’re still really good. You can watch Binging With Babish here and check out Andrew Rea’s cookbook Eat What You Watch here.