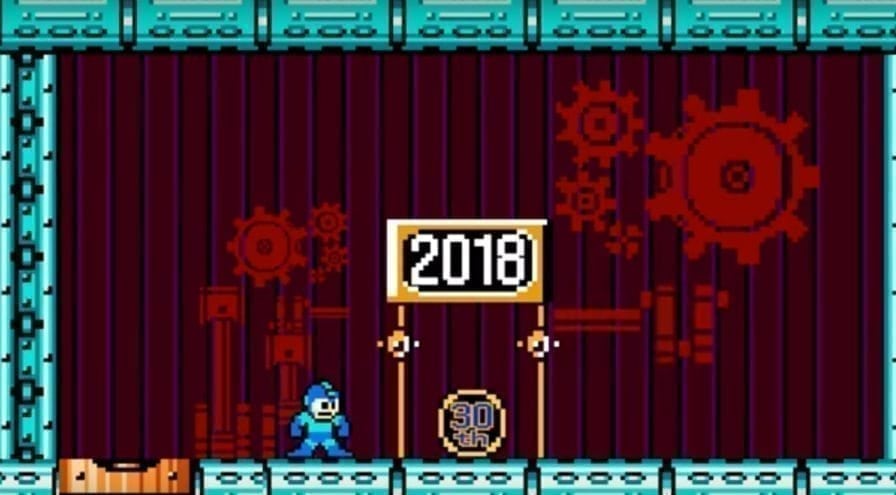 In this day and age, we’re pretty used to our favorite video game characters having major comebacks. From Bomberman to Toejam and Earl, and even Bubsy, beloved game characters don’t stay dead for long. However, one icon that many thought would simply remain in unused character purgatory (along with Conker and Banjo and Kazooie) was the Blue Bomber himself, Mega Man. Until today! Mega Man 11, the first new game in over seven years, is coming to Playstation 4, Nintendo Switch, PC, and Xbox One next year. 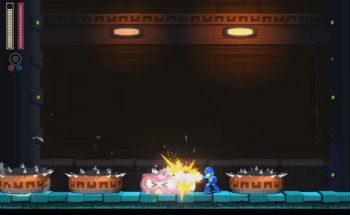 The game was officially announced during the Mega Man 30th Anniversary livestream, something I was unable to watch live because I work for a living. The reveal, which shows an awesomely retro Mega Man stepping through a portal to 2018, shows off the evolution of the Blue Bomber’s appearance from 1987 until now. Additionally, the trailer showed off some gameplay, which looks to be a nice continuation from previous games.

Considering Mega Man creator Keji Inafune left Capcom to create the Mega Man-esque Mighty No. 9 (which was not very mighty fine), there wasn’t much hype for future games in the series. Outside of appearances in the recent Super Smash Bros. and Marvel Vs Capcom games, Mega Man has taken quite a vacation from stopping the sinister Dr. Wily. Additionally, there have been enough canceled Mega Man games to make up their own top 10 video.  For the past few years, it’s seemed as though Mega Man comeback was as likely as a Grandmaster Flash & The Furious Five reunion. (Although, personally, I still believe Grandmaster Flash can patch things up with Scorpio and Melle Mel before it’s too late.)

While no official date has been announced for Mega Man 11, it’s exciting for longtime fans to know that the series isn’t over. Additionally, it gives hope to the future of the franchise, meaning there is potential for canceled entries in the series such as Mega Man Universe and Mega Man Legends 3 to be fully revived. While this is all well and good, the majority of the gaming community and I are moreso waiting for a sequel to 1993’s Awesome Possum Kicks Dr. Machino’s Butt with baited breath.