Oh My Gadd: Athlete Will Gadd Shares His Insights

According to Will Gadd the biggest technological advancement is not really any one piece of technology, but the sharing of knowledge across communities. A teenager will climb a wall, decide to take a class, and the next thing you know someone you’ve never seen before is the World Champion! 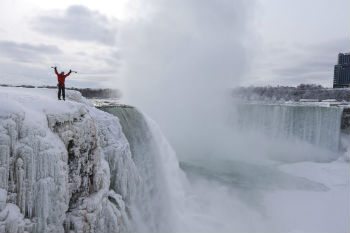 Will Gadd on top of frozen Niagara Falls

Will Gadd pushes the limits in a number of sports – between paragliding, ice climbing, caving, rock climbing, and more, Gadd has racked up X Games gold medals, world records, Canadian National Championships, and a number of jaw-dropping feats such as climbing a frozen Niagara Falls. A writer and speaker, Gadd contributed to our 2015 Winter Issue, providing nine tips for athletes. The Red Bull and Black Diamond sponsored athlete shares a tenth tip/travel hack in this exclusive interview: “I don’t travel without Tabasco. I do not get paid to say that. I gotta have Tabasco or Cholula hot sauce wherever I go.”

Innovation & Tech Today: What are some of the latest innovations in gear and technology that have changed the game for you?

Will Gadd: The biggest technological advancement is not really any one piece of technology, but the sharing of knowledge across communities. Thirty years ago, 20 years ago, or even 10 years ago, if somebody figured out a new way to do a trick, you might write about it or talk about it in a print magazine. The article would share how that person got there, but you couldn’t tell exactly how they did it. Now, all of an athlete’s tricks and trails and secrets are instantly, globally available. It reshaped all of my sports in a massive, radical way. A lot of climbing, kayaking, and paragliding has advanced dramatically in the last five years.

I&T Today: That advancement can be traced back to information sharing?

Will Gadd: Totally. Don’t get me wrong, the technology’s better. Twenty-nine bikes are faster than 26 bikes. The new kayaks are better. They’ve built a paraglider that glides about 20% farther, which allows us to accomplish much bigger flights in different places – including the flight that led to my being awarded the National Geographic Adventurer of the Year. Some of the rock shoes are better than they were 20 years ago, but that doesn’t explain the dramatic jump in all these different sports in the last five years. It’s massive.

Will Gadd: That question ties into the other factor that’s led to a massive, massive rise in popularity for all my sports. It used to be that the only people who had access to these sports were in remote mountain settings. Now, there’s between one and ten urban training centers in every major city in the United States. Wherever you are, you can learn how to be a pretty darn good rock climber at rock climbing gyms. There are play spots for kayaking, like the one on the Platte River in Denver. Larger numbers of people are exposed to these sports. A teenager will climb a wall, decide to take a class, and, my God, the next thing you know someone you’ve never seen before is the World Champion! Same thing with kayaking and skiing, though a bit less so with paragliding. 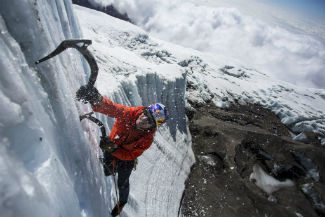 Will Gadd ice climbing near the summit at 19,000 feet on the glacier ice on Mount Kilimanaro in Tanzania, Africa on October 30, 2014

And again, this wouldn’t happen without sharing the technology that makes extreme skiing schools, climbing gyms, etc., possible. Everybody knows what rock climbing is, but that wasn’t the case 20 years ago. There are even ice climbing parks, now.

Back to your question – is information sharing getting unqualified athletes involved? There are always going to be unqualified people participating in these sports. We were all unqualified when we started. We just figured out how to do it. With the exception of aviation sports (BASE jumping, for example), our brains work mostly well enough to avoid getting killed. You don’t really need lessons. I think there’s an attitude of We were here first! You can’t possibly learn how to do what we do! Honestly, though, I don’t see everybody’s worried there will be legions of climbers coming out of the gyms and killing themselves when they go outdoors. I actually wrote a story about that about 15 years ago, but I just couldn’t find any evidence of it. Yes, there are more people out there now, so there will be more accidents, but I’m not sure the gyms are to blame for that.