The Viking Invasion: How Vikings Season 5 is Taking the World by Storm

With the vast amount of success seen by fantasy shows such as Game of Thrones and Black Sails, it comes as no surprise that Vikings has grown into the hit TV show it is today. Five seasons in, the show still feels as fresh as ever, with enthralling action scenes and shocking character deaths keeping the show unpredictable and exciting. 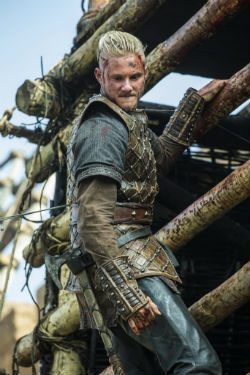 So far, the most significant change to the series was the death of Ragnar at the end of the last season, which has shaken up the show momentously. His sons have taken it upon themselves to avenge their father’s death, but as the show creator Michael Hirst says himself, it was always inevitable that they would turn on each other. It would be safe, then, to assume that season five will highlight the conflict between the brothers as they struggle between vengeance for their father’s death and securing power for themselves.

Due to the show’s popularity leading up to season five, there is a large amount of Vikings-themed games and merchandise to keep fans occupied between weekly episodes. Sites such as redbubble.com have t-shirts, phone cases, posters, mugs, and much more, allowing for hardcore fans to show off their love of the series.

The Vikings hype has even expanded to the world of online games. There are Viking-themed slot games across the internet on review sites such as bonus.ca. And, for fans who want to really feel immersed in the Norse world, there are plenty of other games which can provide that experience. One more recent release is For Honour, an online multiplayer experience that allows players to fight as either a Viking or a knight to simulate battles similar to the show across an online network. For a more immersive single-player experience, audiences can turn to Bethesda’s hit 2011 game Skyrim, which has a heavy emphasis on Nordic aesthetics and is one of the most popular fantasy RPGs around.

Vikings isn’t going anywhere anytime soon, as big changes are keeping us on the edge of our seats each week. The show has proven to be so popular that you can find Viking-inspired merch and games across the web, a treat for fans and soon-to-be fans alike. So, with season five in full swing, it’s time to jump on the bandwagon and get involved in the Viking invasion!

The Viking Invasion: How Vikings Season 5 is Taking the World by Storm