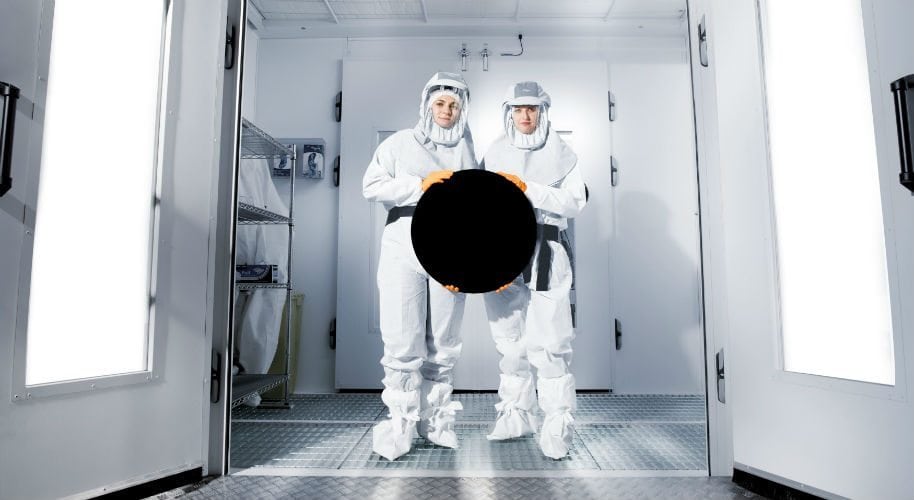 A “blacker than black” material is changing the way scientists and engineers are able to identify objects on land and in space. Vantablack, as the material is called, is considered to be the blackest man-made substance ever created. Vertically Aligned Carbon NanoTube Arrays (Vanta) are engineered in a lab and painstakingly deposited onto a substrate through a chemical vapor deposition process. The dense forest of tubes traps over 99.96 percent of visible light as well as ultraviolet and infrared radiation. The photons bounce around in the maze of nanotubes until they dissipate as thermal energy.

Since no light can escape it, the material becomes essentially invisible to the human eye, causing three-dimensional objects to appear two-dimensional. Vantablack seems like an incredible resource for military applications, such as enhancing stealth aircraft or camouflaging soldiers. However, the nanotubes are so delicate that exposing them to touch, impact or even a gentle breeze would damage the material and likely ruin the illusion.

Vantablack is best suited to enclosed, protected environments like satellites and telescopes. If applied to the internal components of a telescope the material would reduce atmospheric distortion and light refraction from polished lenses, providing higher-definition images. Notably, Vantablack is an excellent coating for the visual systems within self-driving cars. Surrey NanoSystems’ Chief Technical Officer Ben Jensen sees an incredible opportunity for the product in the automated car market. “If you’re driving in low sunlight and it blinds the vision system, you come into an unsafe situation. Anything you can do with these technologies where you can protect and improve stray light suppression within the vision system is a real benefit,” noted Jensen during an interview with Tech Times. The material also has the potential to interfere with lidar in self-driving vehicles, if a hacker were so inclined.

Lidar emits pulses of infrared light and measures the amount of time required for the laser to return to its point of origin, creating a map of objects so the car’s computer can predict behavior and formulate a response. A hacker could use Vantablack to absorb the infrared light emission and replace it with their own infrared light, essentially tricking the lidar into seeing whatever the hacker has programmed it to see. For example, a hacker could simulate the appearance of an obstacle, causing the vehicle to reroute or stop altogether. Thankfully, most self-driving cars also rely on cameras and radar to see the road, but lidar’s precision makes it the preferred option for manufacturers and data analysts. Of course, for a hacker to pull off a lidar heist they would have to create some kind of Vantablack wall, Wile E. Coyote style, and place it in the lidar’s field of view.

The most practical applications for Vantablack will continue to be within the field of astrophysics and aeronautical engineering, though it’s also found an obsessive fanbase within the art world. The implications for the technology are far-reaching, as engineers at NASA, SpaceX, and various remote sensing technology firms are currently working to produce their own versions of the mystifying material.