The Wonder of WatchMojo: A Conveyor Belt of Top 10 List Entertainment

Top 10 lists are extremely prevalent on the internet. If you’ve spent more than five minutes on the web, you’ve more than likely found yourself clicking on the “Top 10 Celebrity Plastic Surgery Mishaps” or the “Top 10 Grandma Fails” (I’m just guessing but I assume those both exist). However, for the majority of the past decade, no one has provided the infotainment of Top 10s quite like WatchMojo.com. 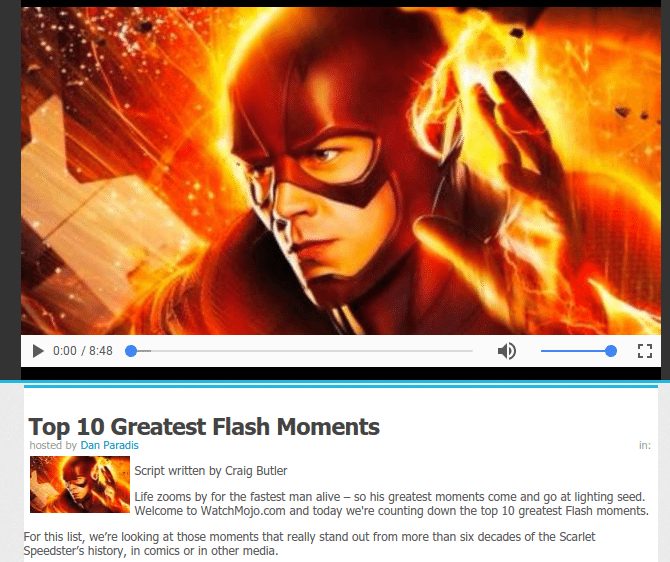 Launched on January 23, 2006, WatchMojo.com had a simple goal: informing and entertaining. Early content was more lifestyle focused, as their first published video was “Fashion Tips – How To Hide Your Hips.” At the time, no one would have guessed they would become the video list giant they are today.

Nobody knows better than WatchMojo that content is king. The website updates consistently, with around five videos published daily. But how do they release so much regularly? The site employs a large staff of writers, videographers, and producers, creating a veritable conveyor belt of informational videos. Additionally, viewers are free to submit topics, making coming up with new video ideas much easier for the team.

But the beauty of WatchMojo doesn’t just come from the quantity of their work, but the quality. The videos contain licensed clips that relate to the topics, allowing you to fully visualize their ideas. While they’ll release some typical videos such as “Top 10 Movies of All Time” and “Top 10 Iconic Rock Songs,” they also cover some pretty obscure topics such as “Top 10 Red Power Rangers” and “Top 10 Most Absurd Anime Hairstyles.” 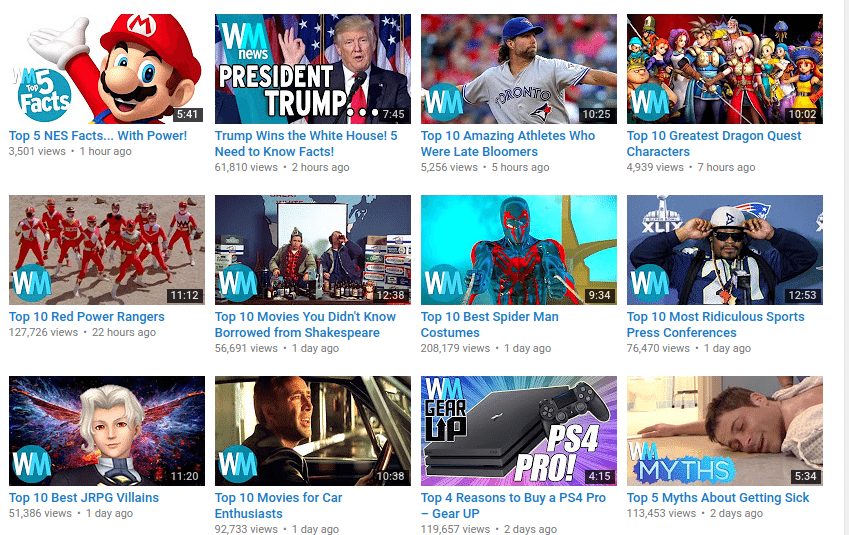 And they’ve been very successful at their craft. Currently, WatchMojo’s YouTube channel boasts over 18 million subscribers and nearly 11 billion views. Which makes their 1 billion view landmark of 2011 seem like a pretty minor milestone.

And the broad scope of WatchMojo goes beyond their Top 10 lists. Just clicking around the website you can find travel tips, workouts, news, and even beauty tips. And they’ve even expanded into more focused topics, with the TopX series covering online content and the recently launched MsMojo channel releasing Top 10s centering on a female audience.

While Top 10s and infotainment are by no means a groundbreaking concept, WatchMojo.com shows that you can build an empire on well-crafted and well-researched online content. And, considering they just released a book literally detailing their success, I’d say they’re aware of that triumph.

Featured image is a screenshot from WatchMojo’s YouTube channel.

The Wonder of WatchMojo: A Conveyor Belt of Top 10 List Entertainment