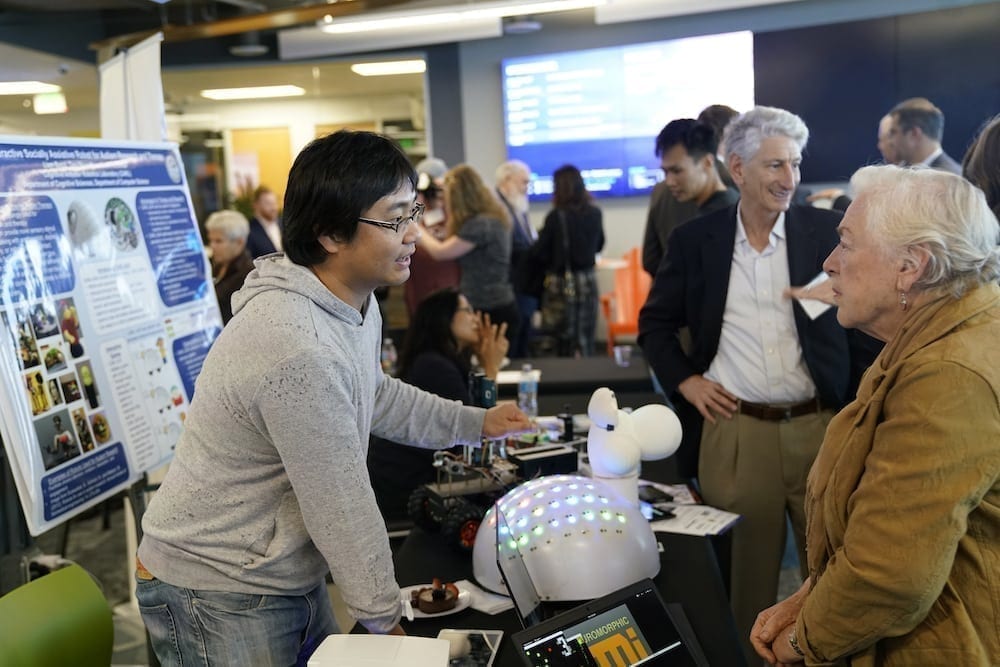 University of California Irvine’s Innovation Pipeline of Patents and Products

Surfboards hang from the ceiling and a Ms. Pac-Man arcade cabinet lurks around the corner as would-be business moguls come and go. They include a Saudi Arabian entrepreneur hoping to launch a camel milk empire, a wavy-haired professor who converted a Roomba vacuum into a therapeutic robot, and a physicist whose laser X-ray machine could lead to compression-free mammograms.

These are some of the concepts percolating in the University of California Irvine’s innovation pipeline, which has produced hundreds of patents and products over the years, from a molecule that might reverse Alzheimer’s to a device that uses belly motion to recharge cell phones. Because the path from laboratory to marketplace can be tricky, the university is boosting efforts to nurture campus entrepreneurship and industry collaboration. The goal is to spur new companies in Orange County while attracting more creative faculty and students.

Seated in a Newport Beach office, former Rockwell International CEO Don Beall and his son Ken, a real estate entrepreneur, discuss their vision of Orange County as the next tech mecca, propelled by UCI research. “My dad used to attend a breakfast lecture series where UCI scientists would explain their latest discoveries,” recalls Ken Beall. “He always came back saying, ‘You won’t believe what they’re working on over there.’”

To transform such breakthroughs into companies, the Bealls have funded various campus programs. America’s competitiveness, they say, hinges on speeding the process for bringing university innovations to life.

“If a professor is developing the next ‘sliced bread’ and gets industry input, he may learn that a slight modification would turn his invention into a billion-dollar company,” says Ken Beall. The only missing ingredient is access, he adds, “The campus is built in a circle. If you’re an investor or corporation, where’s the front door?” In 2015, the Bealls answered that question with a $5 million gift to create UCI Applied Innovation.

Roam around the Cove and there’s no telling what you’ll encounter: a plastic bust of Abraham Lincoln sitting by a 3D printer, a seminar on “How to Create a Killer Brand Name,” or someone playing Donkey Kong near Tiki god barstools.

Behind the quirky accoutrements is a serious mission: to help UCI inventors avoid “the valley of death,” where brilliant ideas falter for want of funding or advice. To counter such obstacles, UCI Applied Innovation offers nearly everything a budding entrepreneur needs, from patent attorneys to cash grants.

Over the years, UCI has incubated scores of groundbreaking ideas. What will the next blockbuster be? One candidate is Lumitron Technology Inc.

Although the company’s initial patents were developed at Lawrence Livermore National Laboratory, the scientist who owns them, Chris Barthy Ph.D., expects to add dozens more at UCI, where he recently joined the faculty. Lumitron’s core product features X-ray powers that would make Superman jealous. It creates images up to 1,000 times clearer than a traditional X-ray or MRI. The device could also enable compression-free mammograms, he says.

Tom Yuen, a 1974 grad who went on to co-found AST Research, wishes Applied Innovation had been around when he was a student. “I started my first business in my garage, and it took me a very long time to get my company off the ground,” he says. “It would have been great to have a resource like the Cove to help expedite my ideas and avoid common business pitfalls.”