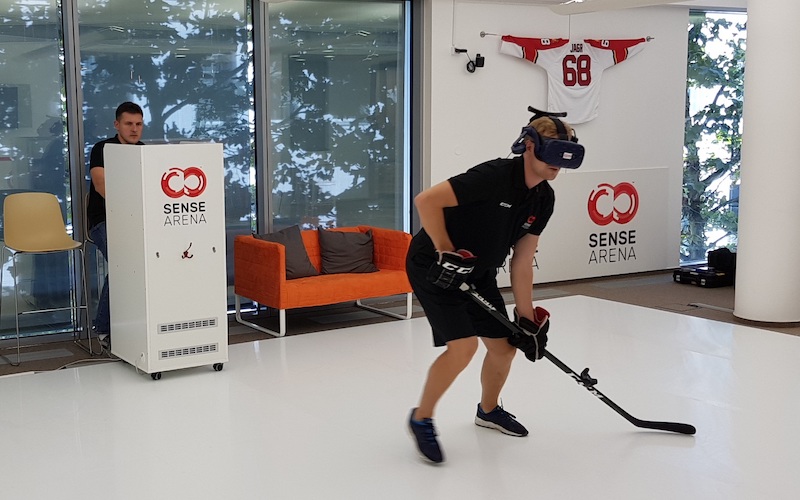 How Technology is Revolutionizing Sports Training

The competitive sports world is in a constant state of flux. With regular changes in rules, play styles, and even consumption, each generation brings a new coat of paint to the major sporting leagues. Technology has been responsible for many of these major shakeups, such as the introduction of instant replay, which led to much more accurate officiating. However, we’re starting to see that tech is just as responsible for changes off the field as they are during the games themselves.

Two forms of technology in particular are shaking up the sports training sector: virtual reality (VR) and robotics. Given the current popularity of both, this makes a lot of sense. The economic impact of VR has tons of potential, with Statista predicting the industry to hit $20.4 billion in 2019 and balloon to $192.7 billion in 2022. Robotics, similarly, is on a clear upward trajectory, with the Robotics Industry Association reporting that a record 10,730 robots were shipped to the U.S. in the first quarter of 2018, a value of $507 million. With the rapid growth of these technologies and their increased implementation into sports training, the analog training facility will likely soon become a thing of the past.

Virtual reality once seemed like something better confined to the fictional worlds of VR Troopers and Ready Player One. However, years of technological innovation have resulted in VR having a large breadth of uses, from surgery practice in the medical field to immersive gaming experiences. One especially interesting use that is becoming more prominent is sports simulation, allowing for a simpler, and often safer, experience. Based in Prague, Sense Arena is just one company looking to bring this experience to athletes.

Founded in 2017, Sense Arena puts a focus on working out the brain as well as the body. This is best exemplified with their VR hockey training platform, which utilizes over 50 different drills meant to improve decision-making, timing, and multitasking. According to Sense Arena Founder and CEO Bob Tetiva, “What we invented is very unique. Actually, there is nothing else like it in the world; a very unique environment for training your hockey sense. You grip your hockey stick, you put the VR helmet on, you appear in the middle of ice rink, and you start training drills that you are used to doing on the ice.” 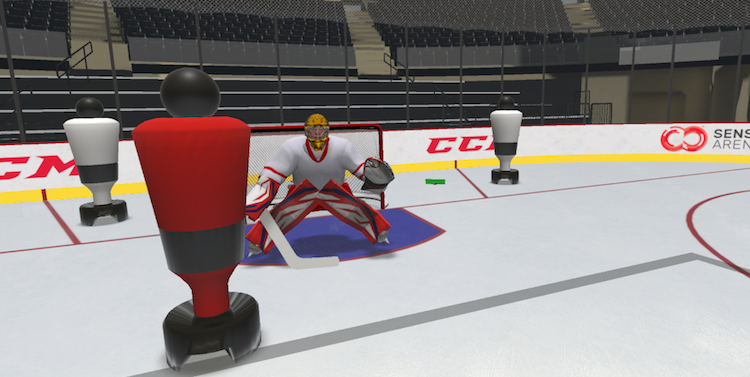 And, if that’s not convincing enough, the technology is also being utilized by bonafide sports stars. Former New Jersey Devils All-Star Patrik Elias lauded Sense Arena’s technology at this year’s CES event. “I have used their product for the past two or three months. And, since I played hockey for many, many years from a professional level, I think it’s a great tool if you’re a kid, if you’re an amateur, or if you’re professional, to get better and focus on many drills that you can get better at.” Elias should know, as his 96-point season and Stanley Cup-winning assist are merely a few highlights of his amazing career.

In addition to Sense Arena’s contributions to the space, we’re already seeing how virtual reality can revolutionize preparing for a big game. In 2017, The New York Times did a detailed analysis of Stanford’s virtual reality training, showing how kicker Jet Toner could practice a stressful field goal kick without even having to lace up his cleats. In fact, it’s Stanford’s own Jeremy Bailenson and Derek Belch who went on to form Strivr, a sports virtual reality company with such major clients as Vanderbilt University, the Dallas Cowboys, and the New England Patriots.

Much like virtual reality, the robotics sector is expanding rapidly. With robots that can assist industries from construction to manufacturing and even babysitting, robots are becoming a very real part of everyday life. And, much like virtual reality, robotics is looking to take sports to the next level. This fact was fully on display at CES this year, with one shining example in particular: FORPHEUS, the ping pong-playing robot. 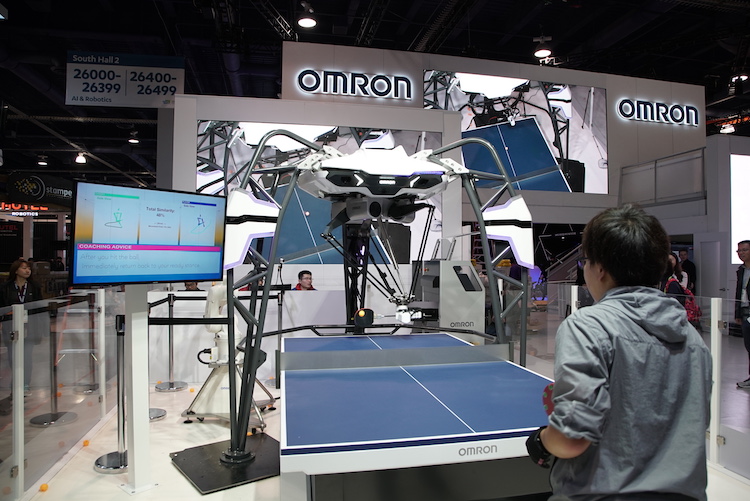 FORPHEUS, created by automation company Omron, has been shown off at CES in recent years, and is designed to improve the performance of table tennis players. While many onlookers at the event considered it something to challenge, its creators emphasize that it is meant more as a teaching tool. According to Omron Director Mike Chen, “What we always try to do with FORPHEUS is match the player. It’s always trying to tutor the player to increase the number of rallies. The AI optimization algorithm is to increase the number of rallies, not decrease it.” He also detailed that, even if players attempt to increase the amount of spin on their ball, FORPHEUS will respond by spinning the ball right back. Tools such as FORPHEUS show just how sports training robotics can work, not as a competitive tool, but as a learning tool.

And FORPHEUS is far from the only bot that’s looking to improve athletic performances. The Mobile Virtual Player (also known as MVP) was designed to stand in for a human member on a football field in order to take vicious hits, reducing the chance of dangerous concussions. The robotic dummy is used by a large number of organizations, such as the Michigan Wolverines, Chicago Bears, and Pittsburgh Steelers. In fact, Pittsburgh head coach Mike Tomlin has praised the technology for improving his team’s practice regimen while reducing the risk of injury. This application is just one more example of how the rapidly improving tech world is helping athletes train harder, hone their skills, and most importantly, stay safe.