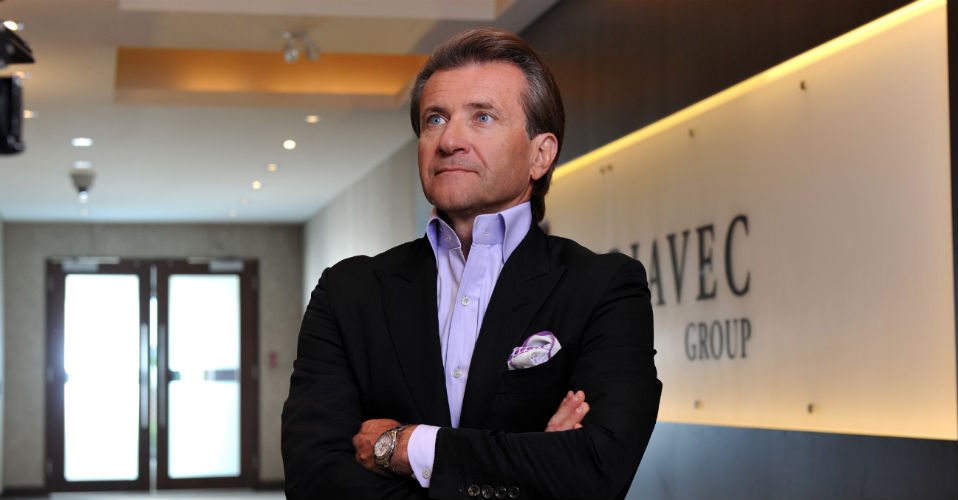 We recently had the pleasure of speaking with one of the most beloved “Sharks” from ABC’s hit show Shark Tank, getting a candid look inside the mind of this brilliant businessman and inspirational role model. Besides being the founder and CEO of the Herjavec Group and part owner of multiple other enterprises, Robert Herjavec takes a real interest in sharing his wisdom on business and personal success to inspire others. The author of several books, including 2016’s You Don’t Have to Be a Shark: Creating Your Own Success, Herjavec is a self-made man who is no stranger to hard work and wealth creation in the tech and business world. Oh, and did we mention? He can even dance a little bit too, as he met his wife, Kym, during an appearance on Dancing with the Stars. Is there anything Herjavec can’t do?

Innovation & Tech Today: It looks like sometimes it can get a little heated on Shark Tank. After all, it’s your money. I know they may make it more dramatic for TV, but does it ever get a little heated behind the scenes when it comes down to battling for a company? 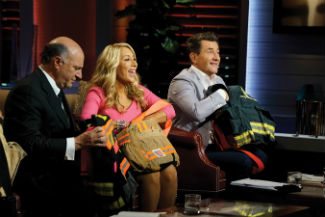 Robert Herjavec: Actually, they don’t add that much drama to it. We get very invested in what we’re doing. And what’s really interesting is that we argue with people, and sometimes I think, “What are these guys talking about? How did they even get on this panel?” And then you have to catch yourself because you realize they’re very successful. They may not agree with me; they may have a different way to go at the market of the strategy. And so there’s an underlying element of respect with each other that allows us to be completely transparent and honest with each other. It’s a really good partnership because we can yell at each other; we can completely disagree to the point of thinking, “I don’t know what the other person’s talking about,” and yet all get along. Which is pretty rare.

I&T Today: The show really gives people that feeling that they could be there. That they too could one day have a successful company.

Robert Herjavec: The amazing thing that none of us saw happening, which we’re really all proud of, is the effect that we have on kids. You can understand how adults and people want to start a business. It’s a financial decision based on their circumstances. And who doesn’t want to make more money? It’s one of those questions you ask people: “Gee, would you like to open up your own business one day and make more money?” Who’s going to say no to that? But what we really didn’t see coming is that kids would be so heavily invested in the show. I always say to people the biggest thing you would notice if you walk around with me or any of the Sharks is 50% of the people that come up to us are kids. And I don’t mean 19 or 20, I mean 8 years old, 10 years old. It’s remarkable.

I&T Today: You have a wealth of experience when it comes to cybersecurity. Do you have any thoughts on the future of this with regard to connected technology? 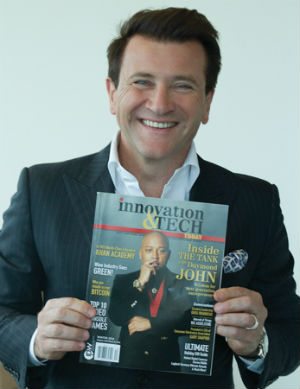 Robert Herjavec: The idea of privacy will become completely changed because consumers are willingly giving up their privacy. Consumers are posting pictures, telling people where they are. All sorts of information that you couldn’t imagine 10 years ago. And so the privacy will change from the things we think about today to very specific things like medical records and personal financial data. The personal data in terms of who I am, where I am. The change for that again is becoming seismic, because people are voluntarily giving up that information. Our identity as an individual will be completely tied to our identity online. And, in some ways, if we don’t have a good identity online, we won’t have a good identity. It’s a fascinating process for us. We look at it from a security component, obviously, in a very self-serving way. It’s an explosion of devices that can all access data and all break into a network. So there’s no surprise that cybersecurity is the fastest growing segment of the computer business.

I&T Today: We’re definitely going to see some massive changes in the next five years.

Robert Herjavec: Yeah, and even the commonality of things like terrorism. If you really want to inflict pain on the very large scale, it’s fundamentally easier to do that through the internet or some element of a cyber attack than it is by targeting individuals. Obviously, the loss of life is catastrophic, but short behind that is the loss of connectivity and automation. If a hospital can’t access data, it’s going to make bad decisions. It won’t know what to do; it won’t know how to operate. There’s an element of all that. And the cost of outfitting an entity to go after the internet infrastructure grid is a much lower cost proposition. The cost of a tank or a bomb is very, very expensive. The cost of a highly trained cyber terrorist is actually very low compared to that.

I&T Today: Are there any other areas that, from your perspective, appear pretty ripe for disruption or that will see significant growth? 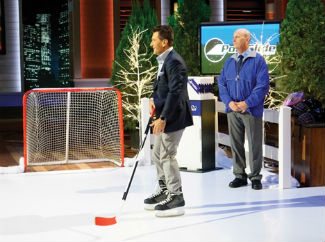 Robert Herjavec: I think the general area of consumerization of technology in non-traditional fields. For example, look at cars. If you would have looked at the car industry 10 years ago, you would have said there really is no innovation. Today, it’s one of the most innovative elements. We’re talking now, “Are people even gonna drive cars in 20 years?” What is a car going to look like? There’s an electric car company here in California. They are funded by a Chinese billionaire. But their entire idea of a car is simply a pod that people get in that will take them somewhere. So they’re not even designing it with the idea of a driver experience. They’re simply driving it as a pod for transportation. It’s their design element. It’s fascinating. And this isn’t 10 years away; this is a couple of years away. I look at that and I say, “What about airplanes? What about other elements of consumerization?” I took a commercial flight the other day. It is one of the most archaic ways to travel. I mean, doesn’t flying today remind you of bus travel 30 years ago? And the delta between a commercial flight and private aviation is vast. The only people who can afford private aviation today are the ultra-wealthy or the ultra busy. But there’s got to be an element between those two. And so I look at that. I look at homes. You know, Airbnb challenges the notion of home ownership. And all other elements of that. And we’re definitely moving into a shared community enterprise.

I&T Today: Your story is so inspirational. It kind of made me realize that we have no reason to make excuses when it comes to business. 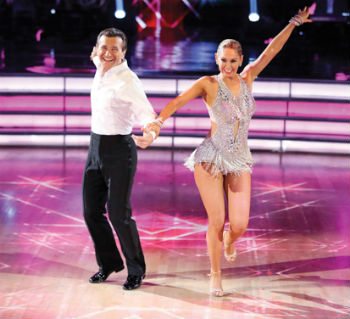 Robert Herjavec: Barbara [Corcoran, from Shark Tank] said something to me a long time ago on the show. And it’s my favorite quote from Barbara. Because she’s had an incredible life and lots of difficulties. She says, “You know, the difference between successful people and people that never achieved success is the amount of time they allow themselves to feel sorry for their situation.” Isn’t that great? Because, you know, people that have never done it or never tried always think that those of us that are trying and moving ahead have some kind of a blessed life – where nothing ever goes wrong. People say, “Oh my gosh, you’re so lucky. You run a $200 million business; you have 300 employees. Gosh, it must be great to be you.” And I’m like, “We almost didn’t have enough money to meet payroll two weeks ago. And one of our biggest customers just left us.” And on and on and on. But it never gets easier. I find you’ve just got to get stronger. And you get to these inflection points in your life where you’re like, “I’m either gonna wallow in my own misery or I’m just gonna push through it.”

I&T Today: I’m sure some people could accumulate a certain amount of wealth or a certain number of businesses and get into cruising mode. What keeps you motivated?

Robert Herjavec: I think it’s the scale of the opportunity. I love to create. Business is a very creative process. And I’m an opportunity-driven guy, and when I see an opportunity, I want to create something great. For me, it’s always about pushing yourself, trying to be better, looking at the things that scare you. Whether it’s racing cars or doing Dancing with the Stars, I’m always trying to say, “Where’s the limit? Where can I go? How can I be better?” From a business perspective, part of it is you have to find the opportunity. And when you find that opportunity, you’ve got to go at the speed of the opportunity. Our business is going through hyper-growth right now and we’re smart enough to know, yeah, we’re a great company and we’ve worked really hard. But the timing is now. And so it took us five years to grow six million in sales. In the next five, we got to a hundred million. And in the next three, we’ll get to 200 million. Part of that is us, but also there’s a macro condition that allows us to participate in that market. And when the market says run, you’ve got to run full speed. Through walls, over walls, through obstacles. You’ve just got to go.

I&T Today: Just one last question for you. You met your wife Kym on Dancing with the Stars, right?

Robert Herjavec: I did.

I&T Today: Do you guys still get to do any ballroom dancing? 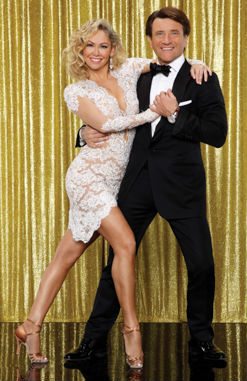 Robert Herjavec: Well, Kym is one of the top dancers in the world. So anything that I would do wouldn’t be really called dancing on my part. But I have to tell you my best dance story. When you’re on the show, it’s so full on. It’s so intensive. You never really learn to dance; you learn a series of steps. Because you only have one week and then you have to do it live in front of 15 million people and there’s a thousand people live in the audience. After the show, we were on vacation one time, and we were in this big restaurant in Mexico. And they were playing a salsa, and I saw these people dancing. It was just hundreds of people. And I just looked kind of sad. And she said, “What’s wrong?” And I said, “Well, I’m a little sad that I never actually got to learn to dance.” And she looked at me. She said, “Come with me.” So she took me to the side. She taught me some steps. She said, “Just do that.” And so we went out on the floor and I was doing my thing: 1-2-3-4, 1-2-3-4. And she was spinning around and doing all kinds of stuff. I wasn’t even looking at her. I was just counting out my steps. And the song’s over. The music stops. I look up. Everybody is standing, including the people in the restaurant, including the band. We stop. And everybody begins to clap. That was my geeky, computer-ey guy killing it on the dance floor moment for the rest of my life. ■