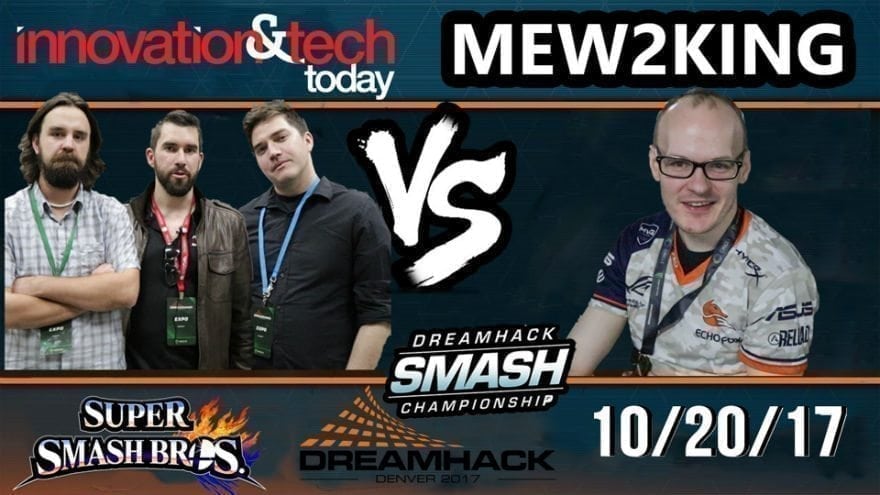 Dreamhack 2017 Denver was an incredible event for esports fans, allowing the competitive community of gaming to show off their skills in the gargantuan National Western Complex. One of the major names at the event was Jason   Mew2King Zimmerman, who Red Bull listed as the highest-earning Smash Bros competitive player. The Innovation & Tech Today crew, including Executive Editor Paul French and Assistant Editors Anthony Elio and Alex Moerson, decided to challenge the pro-level Mew2King to a match of Super Smash Bros., the game he’s made six figures per year with. It went about as well as you’d think.