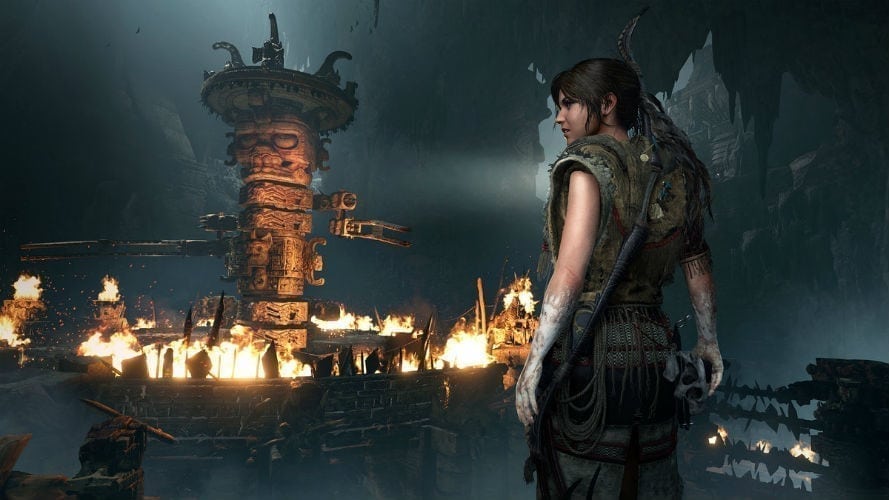 Square Enix, Eidos Montréal, and Crystal Dynamics are bringing Lara Croft back to Xbox One, PlayStation 4, and Windows PC this September 14 in Shadow of the Tomb Raider. It’s the third game in the rebooted franchise, which once again features Grey’s Anatomy star Camilla Luddington as the globe-trotting archeologist.

The new game features locales from Mexico to Peru, and offers open world exploration through jungles, tombs, and crypts. The world is three times larger than that of the last game, offering a lot more exploration, as well as more freedom to deal with solving tomb puzzles and engaging enemies. There’s also more interaction with local tribes and citizens of Mayan, Mexican, and Incan cultures, which opens up new side quests to explore.

Jason Dozois, narrative director on Shadow of the Tomb Raider, talks about what’s in store for fans in this exclusive interview.

Innovation & Tech Today: How has the character of Lara Croft evolved over the years?

Jason Dozois: Lara’s journey began in 2013’s Tomb Raider with Lara discovering her abilities. She’s extremely intelligent and athletic, and her drive allows her to discover new things. In this third game, her drive pursues Trinity, the organization that killed her father. In this game, Lara’s more capable and calculating than players have ever seen before as she maneuvers in the jungle and takes out enemies.

I&T Today: How has performance capture improved with this new game?

Jason Dozois: Camilla Luddington is back as Tomb Raider and she’s an excellent actress and wonderful to work with. A lot of the process of us capturing the performance capture within the game and collaborating with a lot of people on the cinematics is just giving us a fantastic result, as you see in the facial animation and the approach of taking our time and not being in a rush with certain scenes. It really comes across in the performance.

I&T Today: What are some of the new abilities and environments Lara will be experiencing?

Jason Dozois: The biggest thing we worked on is stealth and being one with the jungle. The jungle is a huge part of the environment of this game. You can use mud and foliage to camouflage yourself and really control combat and the stealth situations, including terrifying your opponents and taking them by surprise. This is a real different game for us.

The jungle is Lara’s world and it needs to be as real and grounded as she is. It’s both beautiful and deadly. In previous games, Lara could go guns blazing if seen, in Shadow she can strike and disappear again. It’s about the fear that Lara feels, and the fear that she instills on enemies. She can capitalize on that confusion, evening the odds. She’ll use everything the jungle offers; cover herself in mud to camouflage and use trees and rivers to hide. And the jungle also offers new resources and new ways to craft weapons.

For the full interview, check out the summer issue of Innovation & Tech Today and get a free digital subscription here.