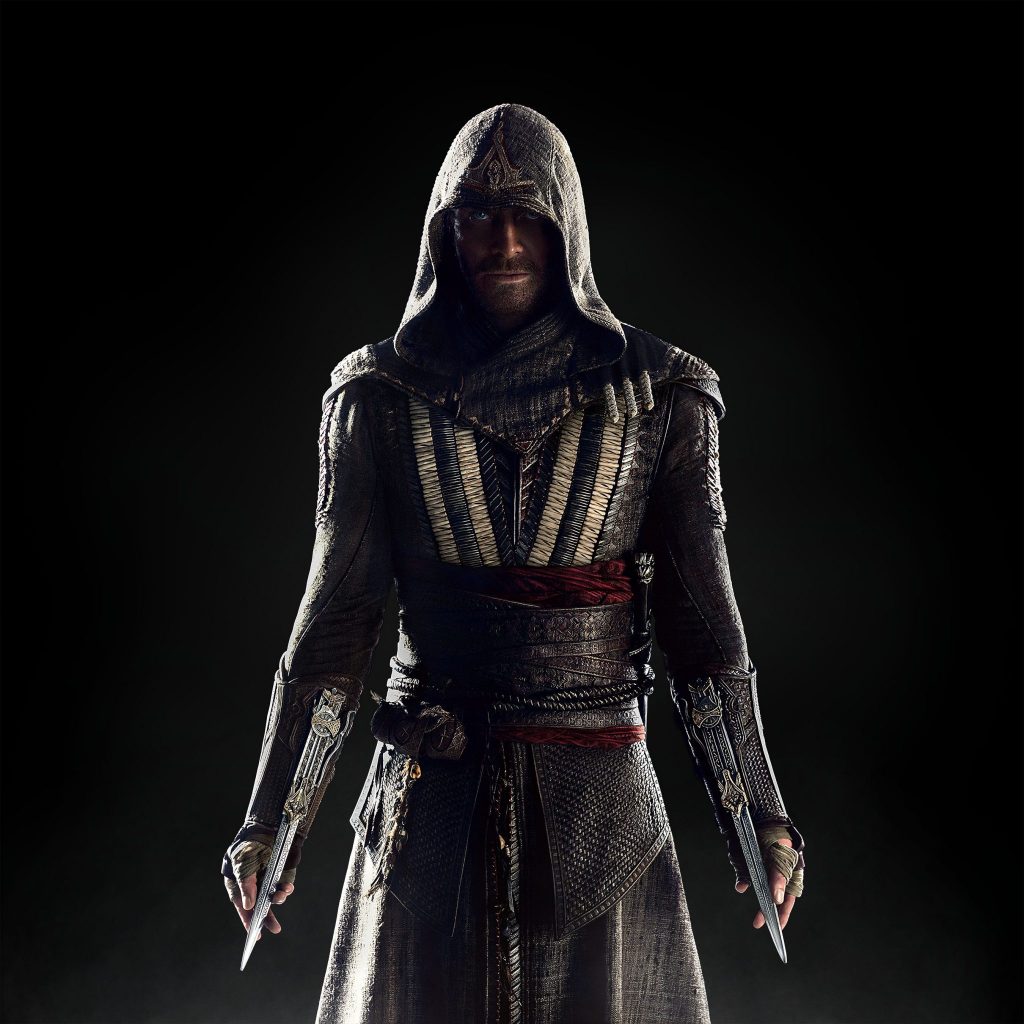 The series tells the story of an age-old battle between Assassins and Templars. Although the games, and the new original movie, are set in the future, they jump back in time courtesy of the Animus, a device that allows people to relive the memories of their ancestors from different time periods.

The new movie, the first of many game translations in development by the French video game publisher, is set in the 21st century. But the sci-fi story will dive into the 15th century for much of the big action sequences. This opens up a dual role for Michael Fassbender, who is also a producer of the film franchise (a second film is already in the works). Fassbender plays Death Row prisoner Callum Lynch in the modern day setting. He’s smuggled into Abstergo Industries’ facility, home of the Templars. Once there, he’s transported via the Animus into the memories of a 15th century assassin named Aguilar de Nerha. 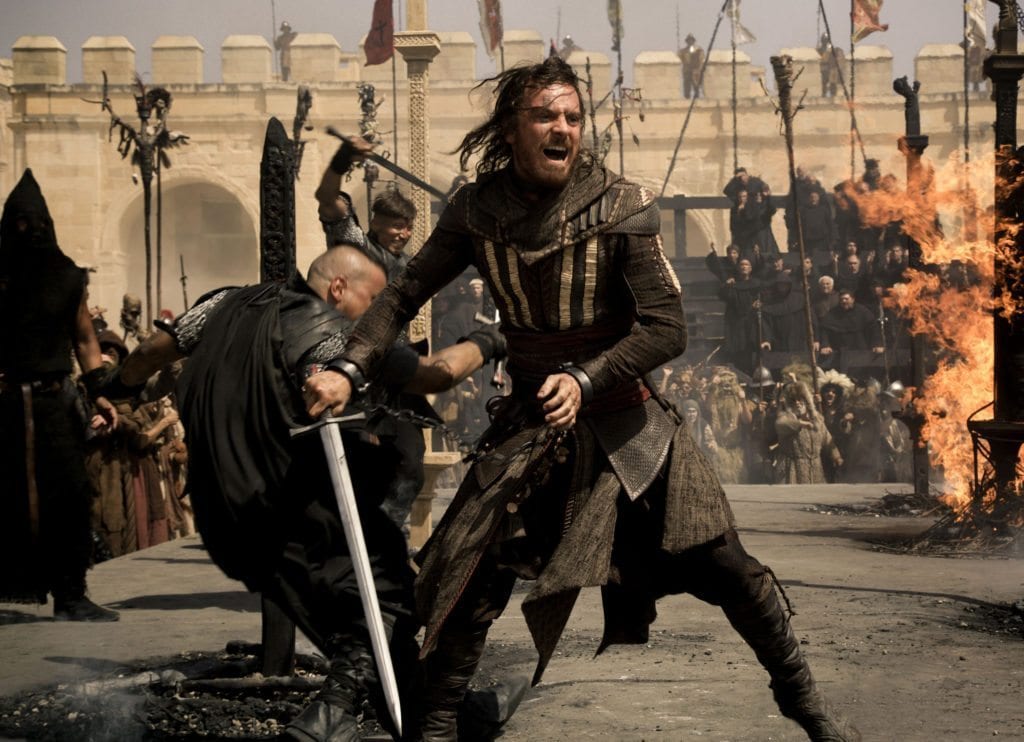 With the movie poised to hit the big screen on December 21, 2016, we caught up with Fassbender on the massive set at Pinewood Studios. Director Justin Kurzel had the entire Abstergo Industries’ facility recreated for the cast, which includes Jeremy Irons as Alan Rikkin, Michael Williams as Moussa, and Marion Cotillard as Sophia Rikkin. Fassbender explains why he fell in love with this concept before he had even played the game.

Innovation & Tech Today: You’ve been involved from day one. What was it about Assassin’s Creed that made you so passionate about this project?

Michael Fassbender: If you are doing a fantasy film… the first thing about it was to have something that was seated in some sort of scientific world. What I mean is, basically, the idea of DNA memory. That was a really interesting catch. It was a very plausible theory. If you can bring something like that to a fantastical world, it hooks the audience in even more and it makes the journey even more immersive.

And then I loved the idea of Templars versus Assassins – this idea of an elite group of people struggling with the idea of free will and these rebels, if you like, to that elite force trying to struggle for humanity, essentially. And the idea that the original Assassins were Adam and Eve when they picked the apple in the Garden of Eden was really interesting.

Also, it’s not like Star Wars where you have the dark side and the light. Both of these factions… they contradict themselves all the time. And they are hypocritical of their beliefs. That was cool. So, morally, you’ve got a very gray area that both of them are working in. That was unusual for this sort of film, and also a lot more interesting.

I&T Today: What was the development process like for the different iterations? What was the one iteration you found that was ready to turn into a movie?

MF: You are always working on these types of films. We were lucky to get [Director] Justin [Kurzel] onboard, and then with some of the cast. The script is something that we’ve always been working on. But we definitely got to a place earlier this year where we felt like we had a structure and we had something that was simplified.

As you all know, this is a very dense world. Trying to bring it to the cinematic experience is different. Just to try and simplify it as best we could and really get the important aspects of the game across, because there’s a lot for an audience to take on board. So to really find a format where we could get these things across and keep it a cinematic and dramatic experience, that was really the challenge. 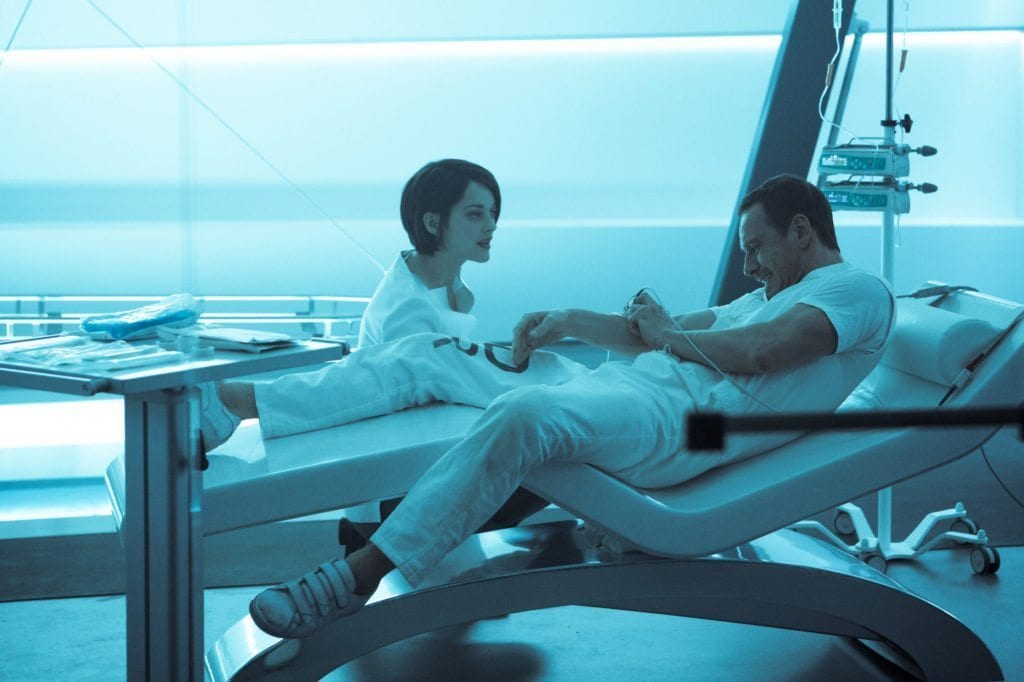 I&T Today: What’s also interesting about this film is you are playing two characters. How are you able to differentiate these two personas for the film?

MF: Well, one doesn’t say a lot and the other does [laughs]. Basically, in this story we have somebody who doesn’t realize where he’s coming from. He doesn’t have a lineage that he can feel a belonging to. So that’s one modern day protagonist, Cal. He doesn’t realize he’s an assassin. He’s a bit of a lost soul. He’s always been drifting in and out of correctional facilities.

Then Aguilar is very much somebody that belongs to the Creed. He has a cause. He’s been following that cause. He belongs to it. So there are the two very different standpoints to the character. Hopefully, Aguilar will teach Cal from the [DNA] regressions that he does belong. That’s essentially the main difference between the two characters.

I&T Today: This is a very physical role. We’ve heard a lot about the free running that’s going to be involved in some of the fight sequences. What’s been the most exciting part of the training process for you, or the most challenging?

MF: Not having enough of it. It’s just trying to get those action scenes… We’re trying to play them out in wide shots as much as we can, in one run-through. So we’re not using a lot of green screens. We’re doing it on actual location. We were out in Malta [with] stunt guys falling off real buildings, off real lights without a lot of green screen. It’s a bit old-school like that. And that is very much Justin’s vision. That’s exciting to see it done that way because nowadays you just don’t get that anymore. It’s usually done in the studio with the green screen.

I&T Today: Just looking at this set, the way it all flows together, I imagine that has to help the process as well.

MF: Yeah. This helps for sure in this element. But, really, in terms of those action beats, you just don’t get that – people jumping from one building across to another building and falling off whatever it be, a 30-meter drop into the old part of Valletta and Malta. It’s pretty special. 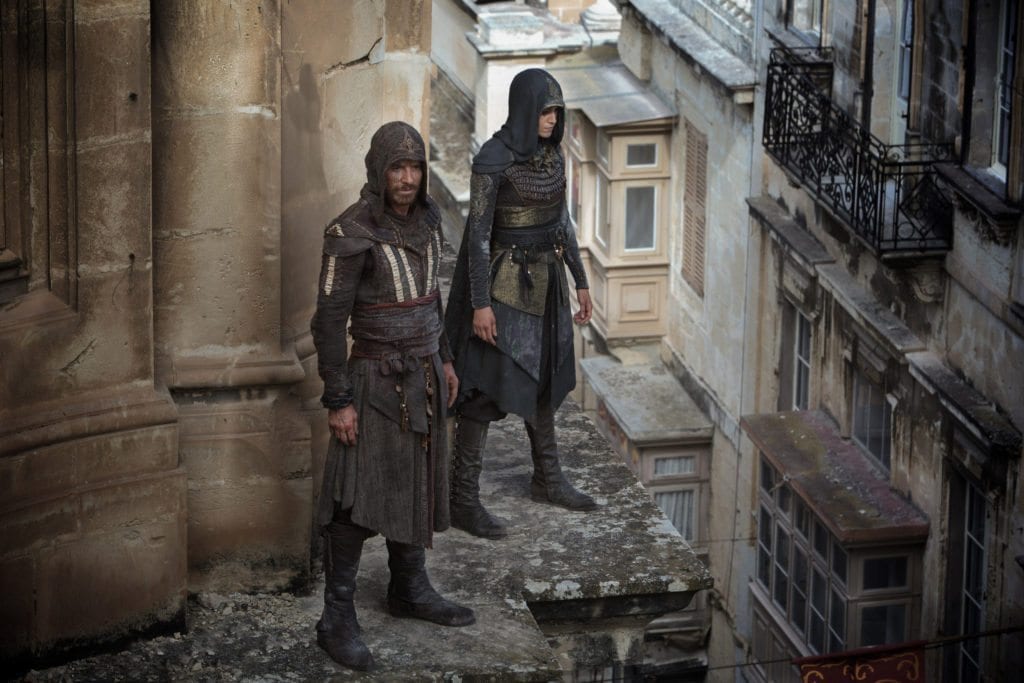 I&T Today: What’s your experience been like working with Ubisoft? It’s unprecedented for a video game company to get this involved in an adaptation of their games.

MF: They just want to protect their franchise and protect the wonderful fan base that they’ve built up through their games. They’ve had experience before in films being made out of their video games and maybe didn’t get the results they liked. So they’ve been more hands-on here, which has been great. Thanks to them, I was introduced to this world. I didn’t really know much about it.

I&T Today: You seem fearless. You have a period drama. You have a comic book movie. You have Shakespeare. This is a fantasy based on a video game. Is there anything that does scare you?

MF: Trust me. All of them scare you. I just feel like while I’m in this opportunity I might as well try as much as I can and try and learn as much as I can, really. But there is, trust me, healthy doses of fear.

MF: Right now at this point in time? When you say it to me like that, yes!