In the world of game development, things can change very quickly. Between new gaming platforms and the need for diverse gaming genres, you have to be adaptable. And nobody knows that better than Seismic Games, who have done everything from mobile entries in established franchises to games on the new Xfinity platform. I spoke to President of Seismic Games John Linden about the history of the studio, the growth of virtual reality development, and future projects.

Innovation & Tech Today: Tell me a bit about the Seismic Games team.

John Linden: Seismic Games was founded in 2011 by Greg Borrud and Eric “Giz” Gewirtz, both Pandemic and Activision alumni.  The focus for Seismic Games coming off of major console game releases at Pandemic was to explore gaming in new markets and platforms.  Initially, Seismic was focused on social gaming in 2011 and has since shifted focus to mobile, VR/AR, and location-based gaming experiences.  In November 2016, Seismic acquired Grue Games, a game studio in LA started by Trey Watkins and myself.  We had recently left Activision and had worked together with Seismic Games while we were running a studio at Activision.  The merger of the studios has expanded our teams significantly and allows us to tackle additional and bigger opportunities as a strong combined game studio. 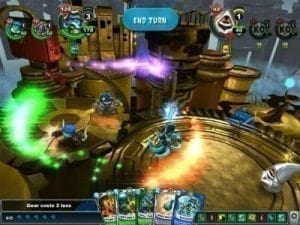 I&T Today: What was the very first project Seismic Games worked on?

JL: The first title Seismic Games worked on was called “CelebrityMe”, a social game for Facebook.  The team learned a lot from this first product – specifically dealing with free to play monetization as well as running a game (and adapting mechanics) based on play patterns from an active user base.  It started building a strong player base just as the major shift happened from Facebook games to mobile games.  It was an unfortunate shift that affected many game studios. Luckily, Greg and Giz were able to steer the ship into other projects quickly to keep the studio intact.

I&T Today: What is your usual process when starting work on a new game?

JL: The first thing we always do with a new game or project is to really look into the world we are building or representing (if it is an existing IP) and the platforms on which the game will be played.  This helps to ensure the right design pillars are in place throughout the entirety of the game development process to make the best combination of world building / art style, game mechanics, and engineering concepts for the platforms you will be launching the game.

I&T Today: I saw that you’re working on some virtual reality projects. Can you tell me a bit about your VR plans?

JL: Seismic Games acquired Grue Games in November 2016.  Grue Games was a team originally from Activision (Call of Duty, Skylanders) that started a new game studio primarily focused around VR / AR mobile gaming. We believe VR / AR gaming has a bright future though we are entering that market in a very conservative fashion until the market is more mature.  We will be announcing our first significant VR game title in the coming months.  Similar to our other projects, it is a game based on a major Hollywood movie universe.   I think the most exciting problem to tackle currently in VR is the ability to bring a high-fidelity game to the mobile VR platforms.  We are spending most of our efforts in VR around this concept.  We want to be able to have players with a mobile VR headset (which is a heavy majority of the VR market) to be able to play in beautiful, immersive worlds.  To us, cracking this challenge is the key to VR success in the next 12-24 months. 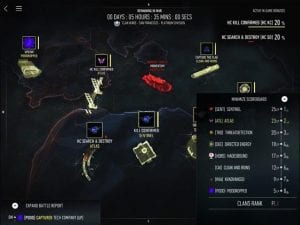 I&T Today: You’ve also worked on games for the Xfinity platform. How do you believe such newer platforms will change the world of gaming?

JL: We love new platforms and developing games on new platforms.  Platforms like game streaming, location-based games, and AR/VR are very promising for the future of games. To us, the excitement isn’t just about expanding the reach of games to more players, but it is about developing new game mechanics that lends itself or twists to existing game mechanics native to each platform.  However, the majority of mass market games will continue to be console, PC, and mobile for the next 18-24 months which makes most of our major game projects limited to these platforms for now.

I&T Today: You’ve developed both Skylanders Battlecast and Call Of Duty: Clan Wars. What was it like working on such established brands?

JL: In our previous lives before Seismic, much of our game development was with major entertainment brands (Star Wars Battlefront, Star Trek Armada, Call of Duty, Skylanders, etc).  Working with major brands is a very rewarding experience but also requires a lot of discipline to make sure that all aspects of the game are in line with the vision of the brand owner.  That said, it is Call of Duty and Skylanders! We were very fortunate to play in those worlds and have loved every minute of it!

I&T Today: What’s the next big project for Seismic Games?

JL: We have a strong (though still unannounced) game slate for the next 3 years.  We are excited to have in full development three major game projects: a mobile VR game in a movie sci-fi universe, a superhero mobile RPG game, and a location-based game experience for a theme park.  We are very excited to share more about these projects in the coming months!