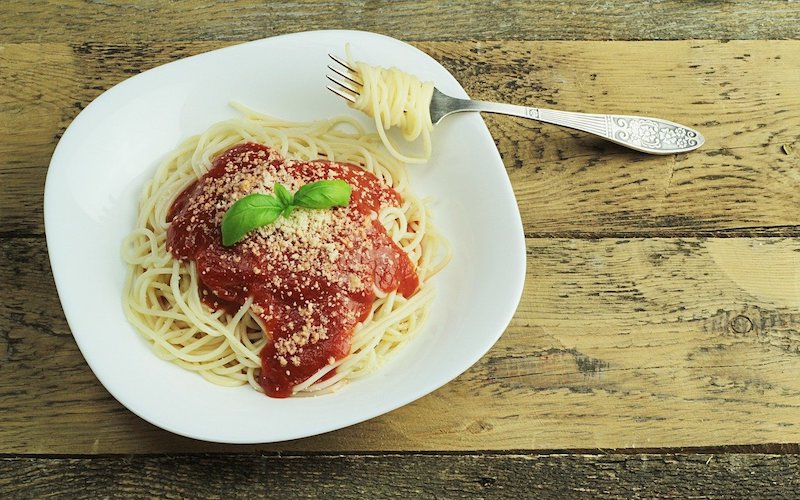 We’re breaking down the latest and craziest science and tech news, from spaghetti-shaped aliens to rebellious teens.

Take Me to Your Linguini

When you think of an alien, you likely think of green skin, large, buggy eyes, and that awful M. Night Shyamalan movie where they’re allergic to water. Additionally, you might think of some of the evidence of their existence, such as crop circles and UFO sightings. Well, dear reader, some of that evidence is actually more delicious than you may think. Allow me to explain.

According to a study funded by a lesser-known organization by the name of NASA and published in Astrobiology, microbes that enjoy hot springs often create rock formations that tend to resemble strands of pasta such as fettucini. According to geobiologist Bruce Fouke, who authored the study, these formations may give us additional insights into extraterrestrial life, as the pasta-like appearance was an adaptation for microbes to survive rushing water. Interestingly enough, 98-percent of the microbes examined in the study were of the “sulfuri” species, similar to ancient life that may have existed on Mars. For more information, I look forward to hearing from the Chef Boyardee Memorial Scientific Institute.

While the idea of aliens making pasta sounds more like a low-budget kids film than actual science, it is nonetheless fascinating that these pasta-like rock formations may be the clue to life in outer space. No word on which wine pairs best with the rocks, though.

Judge a Bar by Its Wrapper

A quick trip down the candy aisle will expose you to no shortage of bold fonts, colorful designs, and cartoony mascots meant to make you forget the words “high fructose corn syrup.” Whether you prefer the savory sweetness of a Reese’s Peanut Butter Cup or the tangy taste of Sour Patch Kids, everything has a distinct packaging associated with it. Well, as it turns out, our love of cavity-causing sweets may be largely influenced by this wrapping.

According to a study published in Heliyon, participants forged a stronger emotional bond with the actual wrapper than the taste of the chocolate inside. Through a series of blind taste tests, the researchers found that packaging with positive descriptions such as “fun” and “bright” led to a middling correlation with the participants’ love of the chocolate inside. However, the researchers forgot to add that, no matter how it’s packaged, candy corn is still disgusting.

According to the study’s co-lead investigator Sigfredo Fuentes, PhD, “An estimated 60 percent of consumers’ initial decisions about products are made in stores solely by judging the packaging. As a result, our findings offer important insights that can be used in product design and development to control product intrinsic and extrinsic attributes by enhancing the emotional attachment towards the food products.” This does go to show that, even subconsciously, packaging and marketing have a subconscious pull on us. After all, nobody would go to a burger restaurant with a creepy clown mascot, right?

Being a teenager and acting rebellious go so hand-in-hand, they’re basically synonyms. For most of us, ages 13 to 19 are filled with raging hormones, confusing growth spurts, and being turned down by everyone you ask to the prom. Well, all that locking bedroom doors and blaring Linkin Park seems to have a hidden benefit, as rebellious teens may also have angst towards unhealthy junk food.

In a study of Texas 8th graders, students were divided into a group that was given a basic nutritional lesson on the dangers of junk food while the others focused on the manipulative nature of junk food advertising. Records from the cafeteria showed that, while girls from both groups opted for a healthier diet, boys from the marketing-focused group purchased a third less junk food, replacing it with healthier alternatives. Now if we could just teach rebellious teens that doing their homework and respecting their elders was cool…

Journalism professor Michel Pollan sees this as a definite positive: “The more kids learn about the tricks companies use to sell them junk food, the less likely they are to eat it.” If we were feeling rebellious in my day, we’d usually just take up smoking or get a tattoo instead of eating healthy.