Between music, video, and now video game streaming, are we over-subscribed?

Picture this: It’s 2003 and your family has just finished arguing over which Netflix movies you’d be renting that week. They come in the mail and you watch them throughout the week before sending them back and ordering new ones.

Then, fast forward to 2008, and you’ve started to watch some of your favorite TV shows on Netflix’s new platform. Around this same time, you learn about a new music streaming service, Spotify, and decide to look into it.

Now, let’s come to the present. You sit down and want to watch something. You open up Netflix on your TV and scroll for a while. There are so many options it’s hard to decide on just one, so you flip over to Hulu to see if they have anything to offer. Then you check HBO GO. Finally, you check Disney+. Then you realize that you’re paying for four different streaming services, maybe more. While it’s nice to have more options, you find it harder than ever to make a decision on what to watch. What you’re experiencing is overchoice.

The Burden of Choice

In 1970, futurist Alvin Toffler predicted the overload of choices in his book Future Shock: “Ironically, the people of the future may suffer not from an absence of choice, but from a paralyzing surfeit of it. They may turn out to be victims of that peculiar super-industrial dilemma: ‘Overchoice.’”

In 2000, psychologists Sheena Iyengar (Columbia University) and Mark Lepper (Stanford University) examined this idea further. In their experiment, one group of individuals could choose from 30 types of chocolate, while the other could only choose from six types. Subjects initially reported liking having 30 options, but inevitably felt more dissatisfied and regretful than the other group did.

The point is this. Having choices is great, but there is a breaking point when too many choices can be overwhelming or breed regret later, a sort of fear of missing out if you feel you made the wrong choice.

Let’s return to Netflix. More generally, streaming. There are over 100 video streaming services available including, but not limited to: Netflix, Hulu, HBO GO, Disney+, YouTube TV, ESPN+, Amazon Prime Video, RedBox, Fandango Now, and the list goes on. While music streaming isn’t as abundant, there are still quite a few, including: Spotify, Apple Music, Tidal, Amazon Prime Music, Soundcloud, YouTube Music, Google Play, Bandcamp, and counting. Now, video games are starting to enter the streaming mix with Google Stadia on the way.

The streaming world, at least to some, is on its way to getting out of control, with each service requiring its own monthly subscription. This year, Hub Research reported that 24-percent of those surveyed said they “already have too many online TV subscriptions.”

In a different study, conducted by Deloitte Insights, 47-percent of participants were frustrated by the growing number of subscriptions and services available, and 48-percent said it was harder to find the content they wanted to watch when it was spread across multiple services.

And that is just entertainment subscriptions. We haven’t even taken in account subscriptions like Microsoft Office, Blue Apron, magazine subscriptions, and email newsletters. There are innumerable toothbrush-, wine-, snacks-, clothes-, and whatever-you-want-of-the-month subscriptions. Even Nura has started a monthly subscription for their headphones.

Subscriptions started out as a service of convenience, but now, the oversaturation may have become burdensome.

The Weight of a Thousand Streaming Services

While streaming and monthly subscriptions, at one point, were a clear convenience, there is now some doubt. With only a few options, clearly having Netflix deliver movies to your door was more convenient than driving down to your local Blockbuster. But now it’s not so clear. There are some – including, of course, the services themselves – that believe customers will pay more to get the content they want.

When asked by Residential Tech Today how consumers can navigate the oversaturated streaming market, Mark Cuban, Shark Tank star and owner of Magnolia Selects, said, “I happen to think that people will spend 40 dollars or more per household per month and jump between service to get the content they want.”

However, statistics from Hub Research and Deloitte Insights show a growing frustration among consumers. Not only does the oversaturation of streaming result in confusing navigation, it creates a financial burden for the consumers. Let’s say you want to watch Stranger Things (Netflix Exclusive), The Handmaid’s Tale (Hulu Exclusive), Game of Thrones (HBO Exclusive), and the upcoming Marvel TV Shows (Disney+ Exclusive). Viewers would have to pay nearly $50 a month to access all four of those services, meaning it’s not cheaper, and potentially more expensive, than cable. That’s not even including subscriptions to Amazon Prime, sports streaming services, Spotify, and anything else you may have.

There are potential bundle packages that help alleviate the financial burden; however, they are usually horizontally integrated (i.e. Hulu and Spotify bundled together). It’s unlikely we’ll see competing video streaming services, like Netflix and Hulu, ever bundle together.

But what is one to do, when today, the majority of Emmy-nominated TV shows aren’t being produced by cable channels, but are rather appearing as exclusives across these various streaming services. Barry, Game of Thrones, Fleabag, When They See Us, Russian Doll, Bodyguard, The Marvelous Mrs. Maisel, Veep, Ozark, Succession, Cherynobl, Sharp Objects: all Emmy-nominated and -winning series that are exclusively on Netflix, Hulu, Amazon, or HBO.

A Bubble to Burst

Apple is on their way to bringing their own streaming service to the table. So is NBC. In 2015, FX CEO John Landgraf, in an interview with Vanity Fair, compared the proliferation of streaming services to a looming housing crisis. With only more options coming onto the scene, the overchoice may become too great for consumers to bear.

With all of the popular content already in circulation, it’s hard to imagine viewers taking on even more streaming services (see Apple TV+, whose The Morning Show was nominated for three Golden Globes), and it’s possible that eventually some will falter – likely those with the least hard-hitting originals.

There is some hope in consolidation. For instance, HBO originals (after premiering exclusively on HBO) find their way to Hulu so subscribers can watch later.

People cut their cords and went the streaming route because it was simpler and cheaper. Now, it’s just as inconvenient and difficult as cable was, if not moreso, and unless you’re limiting yourself to one service, it’s not cheaper.

Streaming will survive because we’re in a Golden Age of Media and because each service is able to create high-quality originals. But Golden Ages don’t last, and bubbles tend to burst. Until the inevitable day that some product or service proves streaming obsolete, we must suffer the choices in front of us. The next time you are scrolling through Netflix, Hulu, or whatever, and the overchoice is killing you, maybe you should just go pick up a book instead. 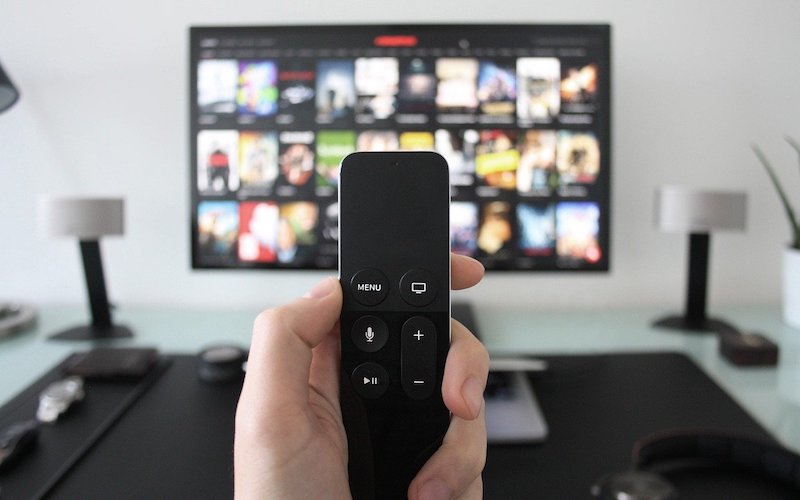