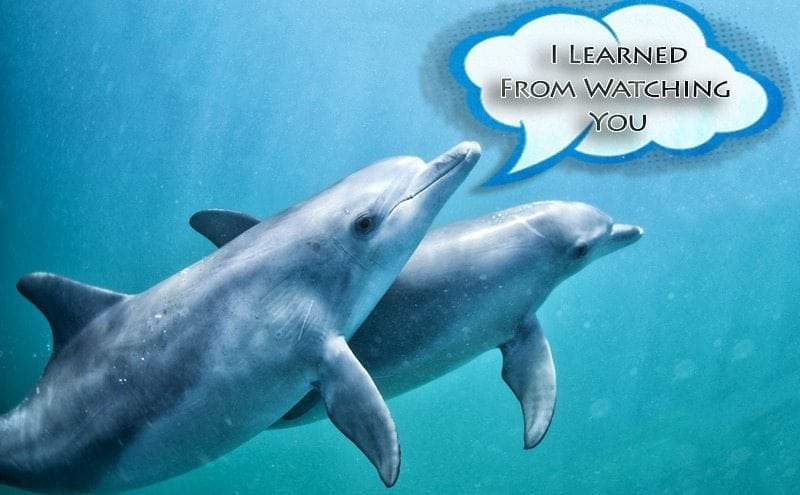 This discovery originally came from a 2014 documentary series showing scenes of young dolphins prompting a pufferfish to release its toxins, which have a surprisingly narcotic effect on the aquatic mammals. This was done by, I’m not joking here, “puffing and passing” the pufferfish. The dolphins would literally chew on the pufferfish, pass it to another dolphin, and feel the effects go through their bodies, presumably with String Cheese Incident blaring in the background.

The filmmakers, who were working on the BBC One series Dolphins: Spy in the Pod, utilized cameras hidden inside of fake turtles, squids, and clams in order to capture footage of the creatures. Although something tells me that these delinquent dolphins couldn’t tell they were fake throughout filming anyway.

According to Rob Pilley, a producer on Dolphins: Spy in the Pod and zoologist, the reactions of the oceanic mammals was very interesting to see. “This was a case of young dolphins purposely experimenting with something we know to be intoxicating … After chewing the puffer gently and passing it round, they began acting most peculiarly, hanging around with their noses at the surface as if fascinated by their own reflection.” Doesn’t seem all that different from people in the bathroom after an Electric Wizard concert.

While this fact does provide for some interesting conversation at your next dinner party, it does show the dark side of the dolphin lifestyle, especially considering it was a pufferfish habit that threw Flipper’s bright career into a tailspin. The scene featuring the pufferfish-stoned dolphins premiered in the second episode of the documentary series. It’s definitely much better than the first episode, where the dolphins got swindled with a bag of cuttlefish from the pufferfish dealer.