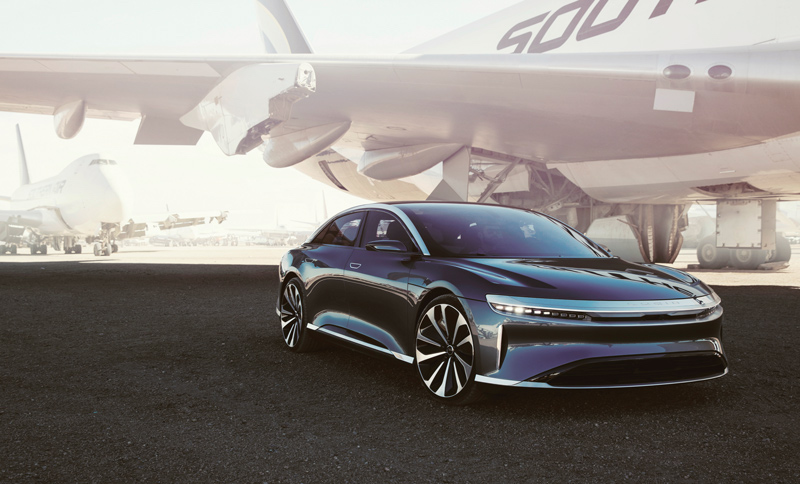 Over the years, Pinal County stood by as the two metropolises that sandwich it, Phoenix and Tucson, expanded along the I-10 corridor. While workers, tourists, and residents drove the two hours from Maricopa County’s business megacenter to Pima County’s economic power source, Pinal County wondered when the time would come to jump beyond its mining and agriculture roots.

Well, it’s here – with a flourish. Growth has arrived with a dynamic new economic development department, businesses and residents migrating out of more crowded and expensive climes, and an all-out workforce expansion.

“We’re on everyone’s radar,” Pinal County Economic Development Dept. PR director Joe Pyritz said. “We’ve become such a huge blip that Pima County is working with us as a region, not as two separate counties. We realize with companies like Nikola Motors and Lucid Motors that Pinal County doesn’t have the available workforce; through our partnerships, we can bring an outside workforce.”

It’s not surprising there would be spillover from Maricopa and Pima Counties, given the red-hot business growth climate. However, Pinal County has cashed in its chips by widening the county’s business profile. A few examples:

How does Pinal County get the workers for these operations with much of their homegrown workforce already stretched out?

“Through the state, we have a program called Pinal County@Work. Its sole focus is bringing in the workforce and getting jobs into the county,” Pyritz said. “We do job fairs, educational seminars, and studies on where people are coming from. With this, [Economic Development Director] Tim [Kanavel] can call and say, ‘BioGas needs 10,000 workers.’ They find the workers.

“We also partnered on a skills assessment survey. The type of workforce coming here involves, in part, a lot of people moving from Phoenix to Santan Valley and Queen Creek, where homes are more affordable. Those people currently drive to the East Valley to work. We want to give them a place here. We can show incoming companies the skill assessment, show them people they can employ.”

As with Maricopa and Pima Counties, the county’s primary educational institution – Central Arizona College – is integrally involved in workforce development.

“The new president came in, looked at the thousands of courses offered, and asked, ‘Is this course relevant? What about that?’ She revamped the curriculum to make it more relevant to what we’re doing in the county, without dismissing the needs of students moving onto four-year schools and other careers. There are more manufacturing, computer and tech classes, more career-tracked to what companies are looking for.”

This new marriage of homegrown and outside workforce, old and new technology, and traditional and new approaches comes to life with Resolution Copper Mine, a 2,000-job project still in the governmental approval process. Copper mining has been part of Pinal County since the late 1860s, but not like this: a massive mine stretching 7,000 feet underground, where the thickest deposits lie – and miners don’t have to physically dig them out.

“I’m really excited about this mine and technology,” Pyritz said. “The interesting thing for me, as someone who was a miner in college, is that you don’t have to physically mine at 7,000 feet. It would be too hot. I’ve worked at 2,800 feet, and even bringing in water and blown air, it’s still 120 degrees. With this technology, someone can sit in England in t-shirt and shorts and dig remotely at 7,000 feet. It’s a perfect example of cleaner, safer mining that we can do now.”