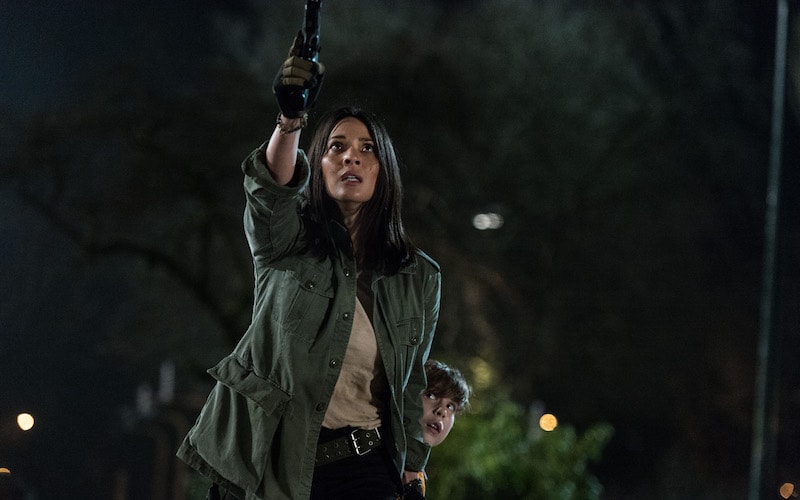 Throughout the 2000s, she performed a variety of skits based around gaming and geek culture. In the early 2010s, she played a quick-witted economist for the fictional network Atlantic Cable News. In 2016, she portrayed the telekinetic mutant Psylocke, joining the villainous Apocalypse to battle the X-Men. And now, Olivia Munn is ready to take on bloodthirsty aliens in the upcoming film The Predator.

Needless to say, Olivia Munn’s career has evolved greatly over time. Many current fans likely remember her from her position as host on the popular tech/gaming program Attack of the Show!, where she exercised her comedic chops by starring in skits such as “Wonder Woman’s Guide to Office Safety.” Keeping in line with her established hosting abilities, Munn acted as a correspondent for The Daily Show in the early 2010s. She then followed that up with her portrayal of economist Sloan Sabbith in the award-winning television show The Newsroom. Since then, Munn’s roles have expanded to the big screen, appearing in the aforementioned X-Men: Apocalypse as well as the upcoming installment in the Predator franchise. In this exclusive interview, the electrifying actress discusses how her interests have shifted towards science over the years, her role in the upcoming film The Predator, and her early experiences with action-packed movies.

Innovation & Tech Today: A lot of people were introduced to you during your days on Attack of the Show! Do you still follow the gaming scene pretty closely?

Olivia Munn: You know, right now I don’t even follow games closely. I don’t follow anything closely. My gear has changed in the last few years with work and basically the things I end up having time for. A few years ago, I got really interested in healing and also the science of youth. And it’s not about being young, it’s about feeling youthful, and that was something that was really interesting to me.

I really delve into that, and acupuncture and magnet therapy and understanding sound therapy – it all goes back into science. In my family, I’m the one who went off this way into the arts, but it’s funny that the “brain” in me wants to figure out the science of how things work. There are so many TV programs, but I haven’t seen any of them. I mean, there’s just so much stuff out there. I don’t have time for gaming, I don’t have time for movies or TV, but the thing I have made time for is reading books about magnet therapy, sound therapy, healing, and understanding our bones and the makeup of our bodies. Probably not the answer you were expecting, but that’s literally where most of my time is right now. 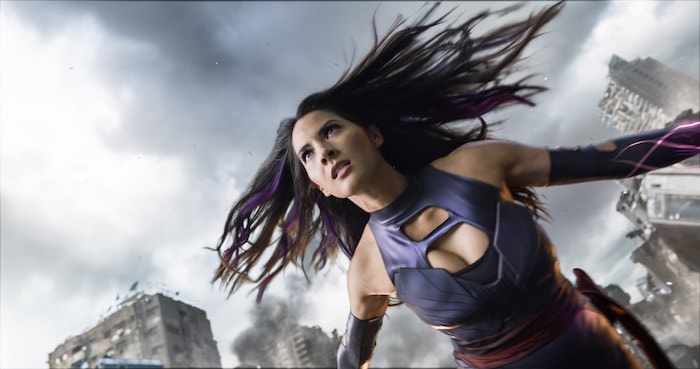 I&T Today: Are there any other major science topics that you really get into?

Olivia Munn:  Something that people in L.A. say a lot is, “Mercury’s in retrograde.” And then people are like, “Ugh,” and roll their eyes. We get a lot of groans. “Oh my gosh, Mercury’s in retrograde right now. We’ll be late for everything.” Nobody really knows what it means. But in every hippie dippy thing that I may believe in, I always have the science that backs it up. And what’s interesting is, I’ll always be able to find whatever I’m looking for because that’s how I am. It has to be proven, and I usually go back to the science, because that’s where it makes sense to me.

One that’s really interesting I’ve found is sound therapy. I was filming X Men: Apocalypse and I was training six to seven hours a day and did all my own stunts. And I was really exhausted and I had pulled my hamstring. I pulled both by doing the crazy kicks. And the next day, if you just touched my hamstrings, I would scream. And so the doctor’s like, “She’s going to be out for months.” And I was like, “No, no, no, I’m supposed to be filming in three weeks. I’ve been training months for this.”

And so I did a lot of research and I looked into different methods, with crystal therapy, with infrared therapy, this magnet therapy, and learned how to do Gua sha, which is a healing technique of scraping which brings stagnating blood to the surface and people don’t realize how important that is. Because when you have an injury, blood rushes to it, then it gets stuck, and then new blood can’t come in. And that’s why we have a lot of these aches and pains. So I was just doing it to myself and had my whole setup. And five days later I was back to 100 percent and I did all my fight scenes. That was really fascinating to me.

While I was healing, I had this masseuse come over and she was talking to me about sound therapy and she had just a few tools. But then she goes, “There’s a whole kit.” And so I’m like, “Well what does it do?” She’ll kind of bang it and make this vibration and she’ll put it on your forehead. And I’m kind of like, “Alright. I get it, it’s a nice sound.” But she had told me that her husband once had a heart attack and rushed to the hospital. He’s got this issue with his heart and he’ll start to palpitate really fast. And once it got really bad, they had to call the ambulance. She put one of the sound tools on his chest and everything started coming down. When the ambulance got there, they’re like, “He’s actually okay, it’s all good.” He didn’t have to go and she was able to use that on him.

I&T Today: You’ll be playing Casey Bracket in the new Predator film coming out. What drew you to that role?

Olivia Munn: I’m portraying an evolutionary biologist. Well, when I take on any role, no matter what the role is, there’s a few requirements, but there’s one that’s non-negotiable, which is: “Does she exist if he doesn’t exist?” Is my character just there to serve the male counterpart’s storyline, or is she there and do you get to see who she is?

When I sat down and spoke with [director Shane Black] about the character and what we want to do with her, he said, “She’s badass and there’s two storylines. You’ve got these military guys and then there’s your storyline. And then we merge at one point.” You get this great group of ensemble actors. I was really interested in that, and the people that were getting on board.

Boyd Holbrook and I, there’s two lead roles in this movie. He’s a soldier. We don’t need another soldier there. Instead, my character studies how animals change and evolve, and then here she is with an alien and then everything goes crazy. We have to hunt it and track it and capture it again.

But I said, “I don’t want to turn into Sarah Connor.” I go, “I want to make it real because it’s important.” She’s a scientist. She’s not a scientist who also does kickboxing on the side. She’s athletic and healthy enough. But it’s something inside her that comes up and I want it to be a little messy. And it was really great because it’s also really important to me that we don’t ever address why my character knows how to shoot a gun. I mean, I grew up in a military family. I know, people wouldn’t maybe think that, but I know how to use a gun. I went through gun safety as a child. We knew all about that. And also, we live in America. A lot of people know how to use guns. And it’s not that abnormal for a woman to pick up.

But we’d have long conversations like that, about something as simple as, “Let’s not address it.” We’d have long conversations about things that we would never see on camera, and that would never be addressed, but it was important to me. And those conversations, and that Shane was so on board with that and understood it, and loving the idea that we’d have Predators that are coming to our world and we’re not in a jungle somewhere. What would happen if they’re here, at our schools? What the f*** do you do?

And so the government’s trying to get us, but also we have to save the world. They didn’t ask us to, but we have to go save the world right now because this s*** is real and we’re the only ones who know what’s going on. The military guys are military guys, but they’ve got some issues. They’re not the likely people that you would choose to be in this position. And my character would not be the person that would choose to be running after aliens and fighting and capturing them and whatever she’s needing to do. But yet, her own sheer will, her need to survive, her need to save and help, that’s what’s also important.

I&T Today: Were you a big fan of the original films as well?

Olivia Munn: I hadn’t seen the original until I had actually signed on for the movie. Well, we watched RoboCop when I was really young. And that was my first nightmare that I ever remember having, watching RoboCop. My mom didn’t know what it was. We’re like, “It’s a movie about robots, mom!” And she’s like, “Okay.” And then after that she put a lockdown. I think Predator came right during that little window where she was like, “No more! You guys are watching fairy tales and cartoons and that’s it.”