Who says a family and a career mean an end to adventure? Not Masha Gordon, the businesswoman and mother of two who just became the fastest woman ever to complete the Explorer’s Grand Slam. For those not in the know, the Explorer’s Grand entails climbing all of the Seven Summits (the highest peaks on each continent) and trekking on skis to the North and South Poles, a feat accomplished by fewer than 50 people (and fewer than 10 women). Masha completed the challenge in 7 months and 19 days on June 11, 2016, in Denali State Park in Alaska, beating the previous women’s record by over three months.

I caught up with the 42-year-old mother of two, non-executive director of Alrosa, the world’s largest diamond company to talk about motivation, legacy, and her definition of success.

Innovation & Tech Today: What sparked the desire to compete in this challenge? 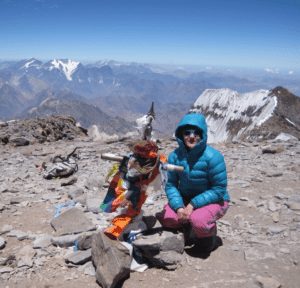 Masha Gordon: When I was on maternity leave for my son, at Goldman Sachs, we rented a place in the Alps, and a friend suggested going out on a big climb. I was adventurous, and I fell in love with that feeling of adventure and fell in love with the notion of high alpine travel. I fell in love with that sense of achievement. I wanted to see what my body was capable, exploring my body and how the human body can adapt. I did Denali and Kilimanjaro and I realized if I did the south pole and a few other climbs I could set an endurance record.

I&T Today: What was your favorite peak to summit? Least favorite?

MG: It was Denali. Because of the elegant, beautiful ridge that I did, it was just incredibly romantic. It’s like being an explorer again. Least favorite was … Mount Kosciuszko in Australia. You know it’s a hill. I did it after Denali. It was an absolute white out for 10 miles. But hey it had to be done. 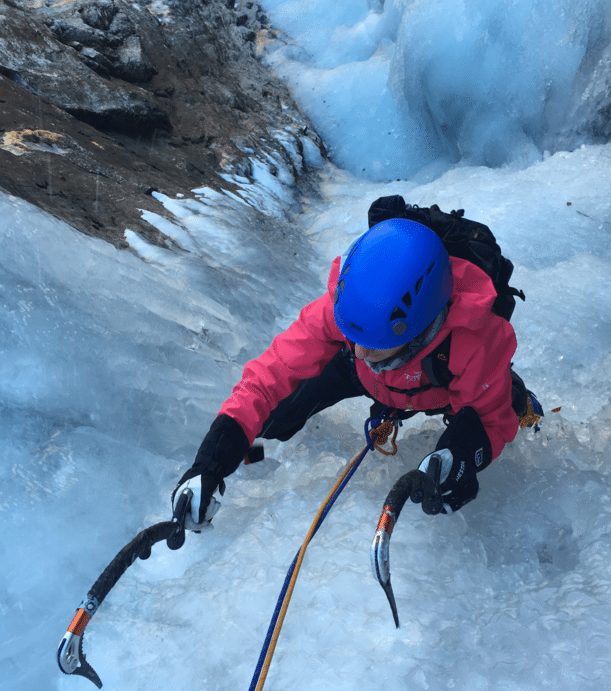 MG: I didn’t necessarily train. I just went out and spent a lot of time outdoors. High altitude climbing is about being able to move at a conversational pace on difficult surfaces and be able to do that for 10, 15, 18 hours a day. Along with weight training, backcountry skiing is absolutely the best preparation because you learn to regulate temperature, conserve energy, and put in long days at conversation pace.

I&T Today: What was your most useful or important piece of gear during the Seven Summits and pole expeditions?

MG: Without a doubt my North Face -40F Inferno sleeping bag. It served as my virtual home during some 100 nights spent in a tent. During the long polar trekking days, I daydreamed about getting in its fluffy snugness to allow my body to recover after 12 hours in extreme cold.

I&T Today: What was your go to food on these journeys, and is there any food you can no longer stand?

MG: Freeze- dried food. High calories, lightest weight. In base camps we have great food. I love the Sherpa meals. Up on the mountains you basically eat mountain house or whatever. Gels are the best because they don’t freeze. Clif Bars will break your teeth.

I&T Today: Did you have a “darkest moment”? How did you get through it?

MG: I had to spend over 100 nights in a tent so this is a very lonely pursuit and I have a 6- and 8-year-old who are amazing. They wanted to surprise me and they used a Sharpie Extreme pen to decorate my gear with beautiful messages. On this three day climb that turned into a four day affair we had very little food and water left and were very hungry, very tired, and I looked at my ice ax and it said “I love you mommy, because you are strong.” That’s where I drew my strength. If I can’t persevere, what message am I sending my kids? 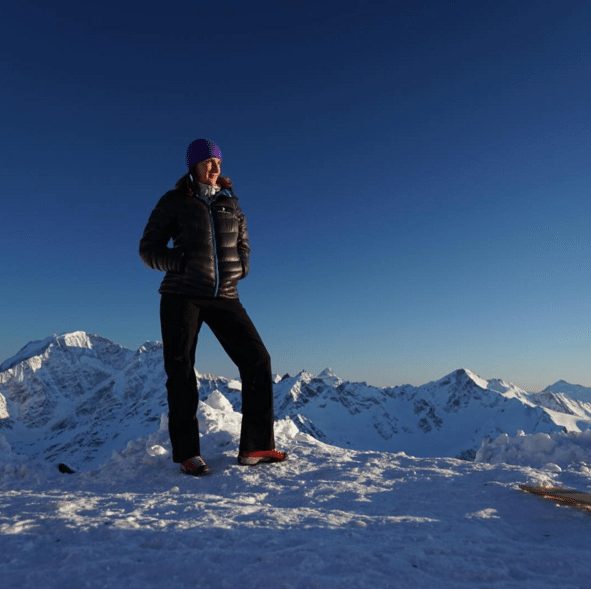 I&T Today: How long did you take to recover from each climb and what aided in your recovery?

MG: The spacing of my trips was not ideal for recovery, as it had to be climbing-season led. I took a month off between my journey to the South Pole and climbing Aconcagua, much needed as it was my first encounter with -40F. I did manage to break my wrist though within that month so much of it was spent trying to train gently in Chamonix with an immobilized arm – snowshoeing – and agonizing over my next climb. From the beginning of March, my climbing schedule was relentless, particularly towards the end when I reached the North Pole and the summit of Everest literally within one month. Recovery times by definition were brief and the best strategy was to sleep in a bed (a luxury in that context!) and eat non-freeze-dried food.

I&T Today: What is your Grit and Rock program?

MG: Grit & Rock is a charity I founded which aims to help teenage girls aged 13 to 15 from inner city backgrounds in London develop greater grit, determination, and self-confidence through year-long mountaineering training programs.

The first program will be launching this fall in the northwest of England in September. 30-40 girls will have fortnightly supervised indoor training meets at a climbing wall throughout the academic year, two one-day scrambling courses in the Lake or Peak districts during the autumn, a winter mountaineering skills course during the February half-term, and an alpine skills initiation course during the Easter half-term.