Making Water Out of Thin Air

There is a reason why Israel is called Startup Nation. Companies based in the Jewish State have created myriad household-technologies including the messaging app Viber, carbonated beverage maker Soda Stream, and devices that create drinking water out of thin air, called Watergen. 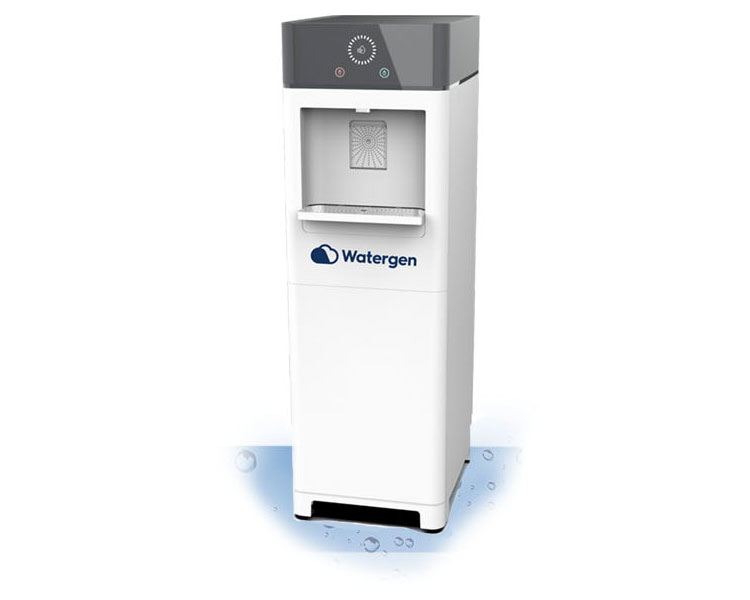 Watergen is the latest in a long line of Israeli innovation, a game-changer that turns humid air into pure drinking water, efficiently and economically.

As populations worldwide increasingly struggle to access clean water, Watergen claims it came up with a groundbreaking solution.

The company’s pioneering technology taps into the atmosphere or humidity in the air to provide clean, fresh drinking water as the central water supply to people in the most remote rural village communities.

At the heart of the Watergen product line is the revolutionary “GENius” heat-exchange technology and non-conductive structures, which house an energy-efficient, scalable solution, that is configurable to any size.

Some pre-configured, smaller units are designed to be an office water cooler, home water-dispenser, or readily available drinking water in automobiles, which replace the need to purchase bottled water. There is even a small unit fabricated for motor vehicle use.

Some commercially available American wire gauges (AWGs) use conventional air-conditioning technology to generate water at tested efficiency rates of 650-850Wh per liter. Watergen claims its technology facilitates the generation of clean, safe drinking water at just 350Wh per liter. Meaning, a unit can produce three liters of water for every kilowatt of energy at the cost of seven to 13 cents per liter. This renewable solution costs less than local, purified packaged well water.

A built-in blower draws in local, humid air from the atmosphere. Next, air filters remove dust and dirt particles, ensuring the air entering the system is clean. The air is directed through Watergen’s heat exchange and condensed into water. The water created goes through purification and mineralization food-grade filtration systems.

Then, a UV lamp destroys microorganisms and breaks down harmful chemicals. A built-in reservoir stores the water. To avoid stagnation, the collected water is continuously circulated through a UV lamp to keep it fresh, clean, and drinkable.

Perhaps the next invention from Startup Nation will be a device that turns water into wine.

Making Water Out of Thin Air