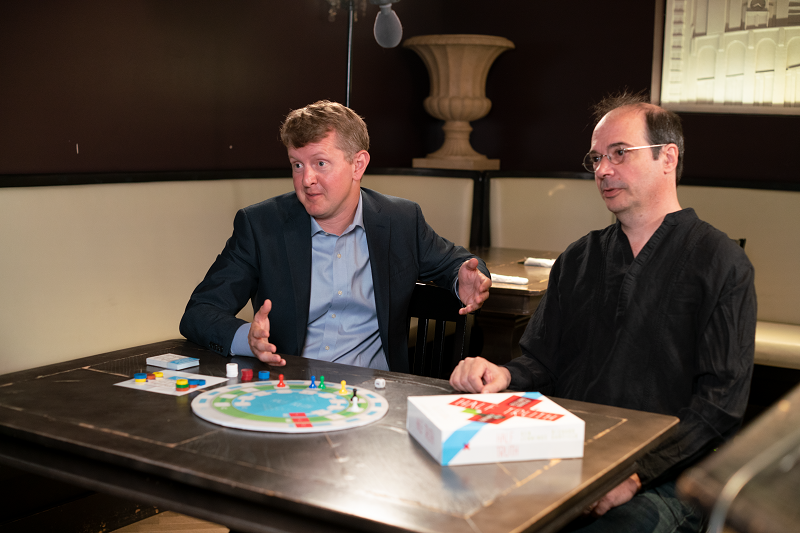 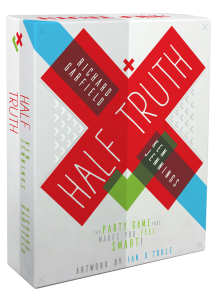 Ken Jennings is a true master of trivia, known for his 74 consecutive wins and $2.52 million earnings on Jeopardy! Richard Garfield is a game designer and the creator of the extremely popular card game Magic: The Gathering. Like many, I was surprised  (and delighted) to hear the two were collaborating on a new game together.

Half Truth, a recently revealed trivia party game created by the two in collaboration with Studio 71 and Nighthawk Games, just made its debut on Kickstarter on August 21st. Three hours later, the game was fully funded. Clearly, the game’s unique concept, which surrounded around betting, deduction, and learning, resonated with potential players. In this exclusive interview, Garfield and Jennings discuss the inception of Half Truth, the process of choosing crowdfunding, and who is better at the actual game. 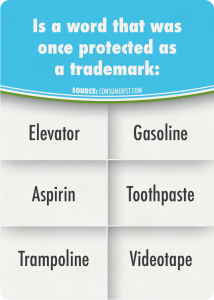 Innovation & Tech Today: Where did this collaboration originate?

Richard Garfield: Well, it began with Ken’s book Brainiac, which I read about ten years ago, and it started me down the path of thinking about trivia games in a different way than I had before, and trivia in general. He really conveyed his love of trivia there, and how he saw trivia as an art form, and I realized that a lot more could be done with these games. A couple years after that I had this framework and contacted Ken and that’s what began the partnership.

I&T Today: Who would you say this game is made for?

RG: I guess my theory is that the world has evolved. We live in America, where everybody is an expert on something, whether that’s baking or reality TV or baseball statistics. Everybody is a nerd on something now and, because of that, I think it’s a really interesting type of trivia. No matter what your thing is, we try to make sure there was a card in the game that was for you. And the game is also really designed so that players feel smart rather than dumb. That’s kind of like the genius of the framework for the game. Everybody plays every question and the answers are all sitting in front of you. And you’re wagering confidence on how sure you feel about which answers are true and which are lies. 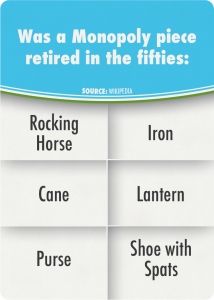 I&T Today: Richard, what do you think really makes this one unique compared to the games you’ve worked on?

I&T Today: With all the different games you’ve developed, do you believe people that have played your other games will kind of gravitate towards Half Truth?

RG: My love of games is very broad, and I hope that many of my players discover the wide world of games has to offer. But not everything is for everybody either. So I don’t try to design for a particular audience, I try to design for myself, really. 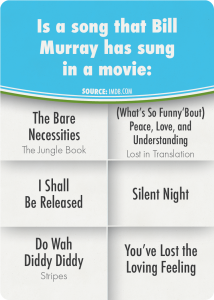 I&T Today: What drew you to crowdfunding?

Ken Jennings: I’ve always been skeptical of crowdfunding and donor models. I’m not sure why, being old I guess. I did a podcast and we just switched it over, we got away from our corporate network and we switched over to a Patreon model, and we were surprised to find the podcast appears to be more lucrative as a listener community thing that it actually was when advertisers were buying space on it. And it just kinda showed me the power of that kind of thing. I really like the idea of building up this game with that community already in place and excited to release the game.

RG: People definitely, they like to feel a part of this. And genuinely, this approach can make them genuinely a part of it, so it really works for some games and some communities. 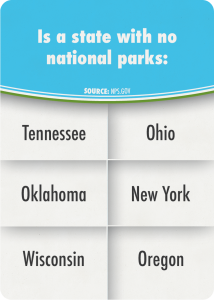 I&T Today: What incentives did you find important for the game’s Kickstarter?

I&T Today: What do you envision for the future of the game?

RG: These games, the gas in the tank is questions. The more content we have, the more the community will enjoy what we have. And so, I’m certainly hoping that there’s a lot of demand for extra sets of questions and then, in addition to that, we are able to expand into digital platforms. Because, unsurprisingly, this game works well for cellphones.

KJ: We really like the idea of being able to reach out to people and say, “Hey, what kind of questions would you like to play in this game?” We want to hear people be like, “Where’s the movie edition?” “Where is the 90’s edition?” “Where’s the Harry Potter questions?” That’s really going to help expand the game.

Between us, we got the broad base of trivia to do, but there’s nothing like having a whole community contributing direction in that way.

I&T Today: I assume you two have played the game against each other. Who usually wins?

KJ: Haha. For the first time, Richard had me over to his house to play the prototype of the game. I won the first game. We ran it back and the second time I lost and I really realized that this is a strength of the game. It’s kind of the rare trivia game that makes everyone feel smart, where people can constantly be surprised of what they had in their head, and how good they are at this kind of a thing.

Make sure to check out the official Kickstarter for Half Truth!