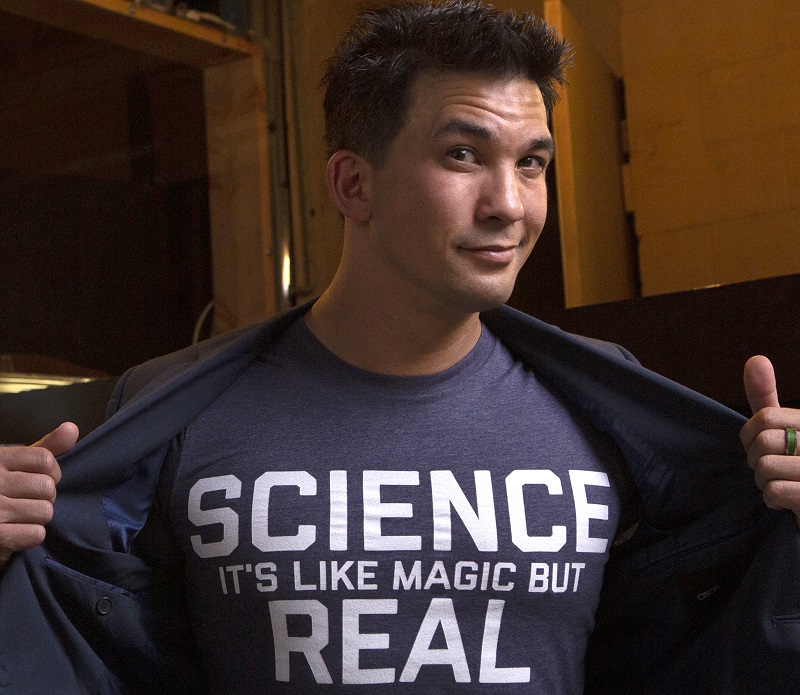 Impossible Science curator Jason Latimer has a deep passion for magic and science alike, combining them in his live performances to great effect. In this exclusive snippet from our interview, Latimer explains the trick he believes has the most scientific relevance.

Innovation & Tech Today: Which of your magic performances do you believe shows off a particularly interesting scientific prospect?

Jason Latimer: This actually comes up in the stage show. That’s funny you mention it. I always remind people, it’s the right question that changes everything. That’s how you find new cures and new technologies. You found a question that no one else has asked before.

When I set out to compete at the world championships, the reason I chose to do the “clear cups and balls” is because it’s supposedly the oldest trick in the book. Literally the oldest trick known to man, following the ball under a cup.

It was a joke to do it out of the clear cups. But I knew if you could find the right question, you could change what was possible, even if they have a 1,000 year head start, or even more. When I first brought the cups out at the world championships, the magician audience was kind of snickering and laughing. But once the trick started going, you could hear a pin drop, because people were starting to see something they had never seen before.

That’s when you realize that’s the essence of all science. It’s a progression of questions. That was proof to me and the magic community that we ruled something out as impossible, but we didn’t have the right to do that, you know? When you think about, “What is science?” Science is just about asking questions and asking them in a logical fashion. What’s the best proof of it? Proving that even thousands of years before me, we hadn’t found all the questions yet.

But for me, in magic, I can mix and match questions. And mix and match the fields of science. I don’t have to tell somebody if I’m going to do physics and part mathematics and a little bit of psychology in the next illusion. I don’t have to tell anybody, I just do it. But in science, you’re supposed to stay within your field. But that’s the difference for me anyway. Magic’s like the MMA of science. Anything goes.