Kevin Smith Breaks Down His Diverse Career, From Podcasting to Crowd-Funded TV Shows

From 1994’s Clerks to his most recent podcast series Fat Man Beyond, Kevin Smith has had one of the most diverse and prolific careers in Hollywood. In this exclusive interview, Smith breaks down his favorite projects and mediums to work with, as well as his most recent crowdfunded TV show Hollyweed. 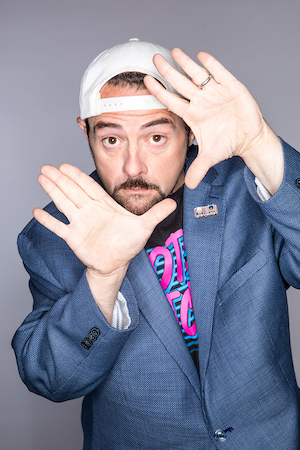 Innovation & Tech Today: Tell me about the process of crowdfunding a TV show. Would you do this again?

Kevin Smith: It’s a nice way to find the audience. I don’t know if … like you’d have to have something that people definitely want. For example, if Disney was like, “Hey, we’re going to crowdfund the Scarlet Witch TV show,” that’d get financed in a heartbeat, right? Who doesn’t want to see that?

But we’re dealing with rarefied subject matter. You’re like, “Hey, there’s a set in a dispensary.” Not everyone’s bag or cup of tea, so your audience gets smaller. To do crowdsource financing thing, you only get this amount of money, so shoot for that. There’s your budget, man. See if you can pull that off more than once. But it’s definitely a viable alternative to not trying at all.

You know, most people will have a great idea and be like, “Oh, I can’t do that.” But it’s like, sure you can. Stupid people do it all the time. Why not you? So there’s a means for people to try it out, and that’s crowdsource financing. Even if it may not be the thing that replaces the model we all know, it’s one more door or bridge for somebody to cross over to get to that creative side of actually making something.

We’re all makers at heart, man, but it’s just finding the means, finding the time, finding the education to do it. These things become hurdles, and that’s when people go, “Ah, forget it. It’s not for me. It’s for other people.” Well, why not you? All you have to do is be a bit more diligent about it, find different creative ways in. I’m the guy who made a low budget movie to get noticed and whatnot, and I’ve been in this business for 25 years off of that tiny-ass, low-budget movie, so you never know what it’s going to be. You never know what’s going to connect with people, so I say it’s a viable option or alternative, but it’s definitely not going to replace the current model.

It always nice to walk into a studio or network and be like, “Here’s my idea.” And they go, “Oh, my god. We got billions of dollars. Here, take some.” And that’s, of course, the easiest, the time honored way of doing it. But for those of us not talented enough to walk into a room and get a bunch of money for a billion-dollar idea, that doesn’t mean we don’t get to play. Doesn’t mean that just because I can’t create Star Wars, I should never make a movie or a TV show. Bulls***. You got your ideas, just as valid as somebody else’s.

You figure out how big your audience is, and you then work to that. And if your audience is 200 people, you work for 200 people, and then you slowly build it. You do your thing. You don’t look over facts and worry about what other people are doing. You slowly build your thing. Before you know it, you got a larger audience, man. Maybe you’re ready to take the next step, or you get lucky – make something that connects right off the gate – and suddenly, boom, people are asking you what do you want to do next.

It’s definitely not going to replace the standard, but it’s one more way in for people that aren’t already in the system. And it’s important to get outsiders into the system; fresh voices, fresh ideas, fresh faces.

I&T Today: You’ve had such a diverse career, acting, writing, directing. You’ve done podcasts; you wrote comic books. Do you have an all time favorite project that you’ve worked on?

Kevin Smith: My favorite film that I ever made was Clerks II, just because it was so close to my heart. Watching Tusk, that movie, the walrus movie, come to life out of a podcast, that was one of my favorite moments in my entire career. The audience was kind of involved in it, as well. But if I had to pick one thing of all the things I do, it’s easily podcasting.

Kevin Smith: Number one, zero preparation whatsoever. You just have to be able to hold a conversation, which any human being can, mostly, right? So I don’t have to like, “Hey, let’s get millions of dollars together and see if Ben Affleck’s busy or not.” I can just sit down and start talking to somebody else – to anyone I want to, man – because I can find everybody interesting and whatnot. Or if nobody’s available, I can just sit there and talk to myself, and then instantly disseminate the information, put it out on the website, and bam, people know what’s in my head and heart in a very fast way.

With movies, you get an idea and then a year later, if you’re lucky, people will get to see what you were planning. You got to keep it secret for a year and hope nothing spoils it, hope everything goes right.

Podcasts, man, that’s working smarter, not harder. You just sit down; you just start going, and in many ways, it kind of shows a different sort of talent than I have as a filmmaker. As a filmmaker, telling a story is in a visual medium. That’s not my first language. I’m not very good at that. Ask any critic. They’ll tell you. That’s something I had to learn as a skill, but sitting down and just gabbing, just talking, telling you a story, or talking to somebody who’s telling me a story, interviewing somebody, oh, that comes incredibly natural. That’s what I’m naturally adept at. So I love podcasting.

It’s an earworm, and you get to live with people when they really need you, like when they’re driving for hours and they can’t watch a television show or a movie. They’re like, “All right. Well, I’ll listen to this podcast.” Man, and you’re their best friend for like an hour or two hours.

It’s an incredibly intimate art form, as well. Doesn’t require loud marketing, like, “Look at these billboards! Hundreds of millions was spent to get this to you!” Not at all, man. It’s homegrown. It feels like it just comes from the heart. Even the very successful, popular ones, they come from the heart.

Now it’s turning into a business, not in a bad way, but there are people who are like, “Hey, man, I know how to make money off this.” Me being one of them, as well. But it’ll never not be what it started for me. The charm, the disbelief, the wonder at being able to essentially have what was my own radio show. “You mean I get to do a show whenever I want, and I don’t have to leave my house, and I can just put it up on the computer, and people in Poland can listen to it?”

Like we just put up an episode of, well, now we call it Fat Man Beyond: The Podcast. We did a live show the other night at the Scum and Villainy Cantina, this geek bar in Hollywood on Hollywood Boulevard, and we did a eulogy for Stan Lee episode. So we just put the episode up yesterday and stuff, and a bunch of people on Twitter reacted to it, loving it and whatnot. But I had two people, one guy was just like, “I just watched it this morning on the bus in Russia.” And somebody going like, “I just watched it this morning in my kitchen in Poland.”

That’s powerful, man. You’re lucky if the movies travel to those places, but podcasts are free, little earworms that move around like f***ing bedbugs, man. So they just get transferred by other people and whatnot, and then one day somebody in Russia is watching you cry about Stan Lee. That’s beautiful. 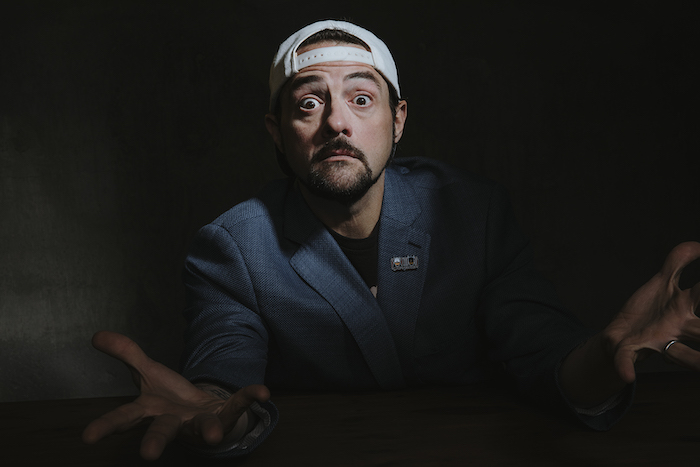 I&T Today: Do you have like a final frontier, some sort of project or medium that you’ve always wanted to do?

Kevin Smith: Not really. I mean, the nice thing is the mediums that I enjoy the most, they weren’t even there at the beginning of my career. When we made Clerks, there was no podcasting, and podcasting has come to define the second half of my career. So maybe there’s something out there that hasn’t been introduced yet, or it doesn’t exist, which is going to present itself in the near future.

I know we’re gearing up to shoot something VR. We’re going to do a Jay and Silent Bob project that’s in VR, so that’ll be interesting and in a weird place to play, but it’s still in the world of film and entertainment. But like just as when I made Clerks, and Mallrats, and Chasing Amy, I could’ve never predicted that one day I’d have a bunch of podcasts, that I’d be known as much as a podcaster as I am as a filmmaker, so I’m hoping there’s some media out there that hasn’t been introduced yet that will define that next 20 years of my life.