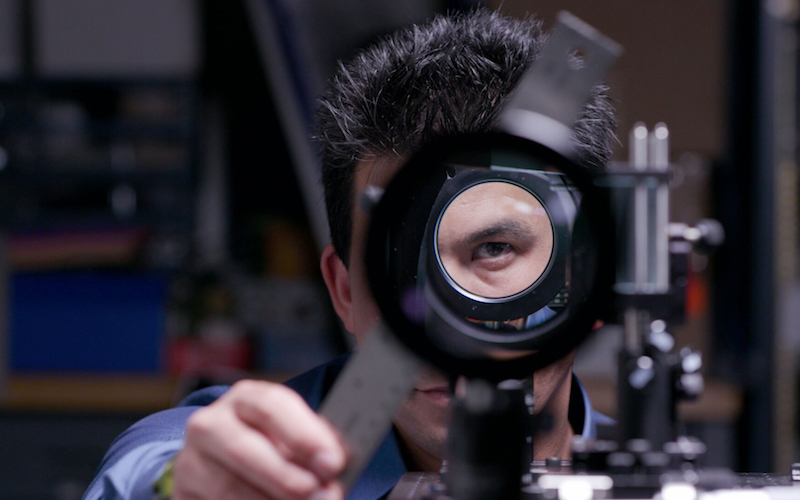 Science and magic are generally seen as opposite sides of the coin. In popular culture, the scientific prowess of a hero like Iron Man is seen as a stark contrast to the mystic powers of Doctor Strange. However, illusionist Jason Latimer has effectively combined the two, creating captivating stage shows that meld the entertainment of magic with the educational aspects of STEM. Founder of the Impossible Science Program, Latimer spreads his interest in science and magic through festivals, interactive experiments, and his work on shows such as Wizard Wars and SciJinks. In this exclusive interview, Latimer details how the Impossible Science Program originated and discusses the power of asking questions.

Innovation & Tech Today: When did you realize that the worlds of magic and education can intersect? 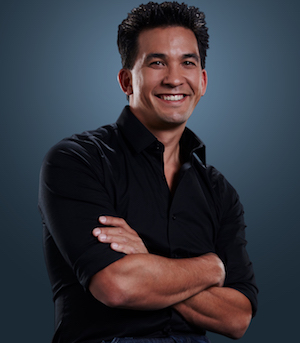 Jason Latimer: When I was kid, I was just fascinated by magic. However, I was finding myself staring at a magic book wondering what is possible. Then I soon found myself staring at a science book wondering the same question. Like, how do you know what can and can’t happen? Basically go to the next page and you keep reading and you keep learning. But as I grew up, I started studying science in order to build better magic tricks.

I wasn’t really interested in telling what would happen. I’ve never been interested in doing magic tricks that other people do. So I wanted to build new 21st century magic. When I went to build bending light and bending lasers, that sounded like physics, so I studied physics. When I wanted to study shaping water, that sounded like chemistry, so I started studying chemistry.

Soon, I started building different illusions with different fields of science. Then it eventually grew into the Impossible Science Program. But I think the real “ah ha!” moment was when I was looking in science to try to figure out that maybe there’s something in the science world that hasn’t been applied in the magic world before.

I&T Today: How did the Impossible Science Program begin?

Jason Latimer:  It originated with my TEDx Wall Street talk called, “Seeing Beyond the Illusion of Knowledge.” It was pointing out this need to remind people that we need wonder and we need it more now than we’ve ever needed it. Because people are searching questions and moving on as if they have a crystal ball of knowledge in their hands with the internet.

People have forgotten we gave the internet its answers. It’s only as good as we are. The reason I point that out is if the internet were around when we collectively thought the earth was flat, you would never be able to search the true shape of earth on any search engine because everyone would’ve uploaded the wrong information.

I decided to leave my stage shows in the casino world and start working with science centers and museums around the country. I started a program in San Diego to inspire kids to want to ask questions by using magic to get the conversation started.

Let’s say invisibility, we learned the hard science about how light works and how the biology of the eye works. It literally comes down to the idea that we must inspire wonder. To find that new cure, to find that new technology, we have to get the kids excited about asking new questions. That’s the essence of it. It started with a TEDx Wall Street talk that changed my life.

I&T Today: What do you want those involved with the program to walk away with?

Jason Latimer: I want to empower people. I want to inspire and empower people with the ability to ask a question. And to think critically and logically. That’s what science is, a progression of logical questions. And that’s it. I want people to realize that wonder changes the world and they could be wondering about a question no one else has thought of before.

So basically we’re empowering people with the ability to do something they were born with. Which is kind of funny, but at the same time, people tend to forget that our education system today, for the most part, stomps out creativity and thinking outside the box. Because it’s too busy shoveling answers.

The easiest way to explain why we’re doing what we’re doing with the museums is, if we know that the right question changes everything, and we know that that’s how we’re going to find our next advancement is getting new questions, then you have to ask yourself, “Why isn’t there an academic platform designed to inspire wonder? Why haven’t we done that? Why haven’t we taught kids how to ask better questions?”

That’s really where this all started – we need wonder in the age of information and we know wonder changes the world. So the real question is, why are we not teaching it? We get so wrapped up in what we know that we forget that there’s never been a rule book. It’s just what we’ve learned so far. It’s embarrassing for a teacher to come to that term to realize we really don’t know everything. But the reality is the day before Einstein discovered E=mc2, it had to be available. It had to be available the day before he knew about it. That means there’s probably a lot of other stuff out there that we don’t know about.

I&T Today: You’ve been talking about the power of asking questions. What exactly do you mean by that?

Jason Latimer: The concept of flight was impossible until someone asked the question about lift. A cure to a disease is impossible until somebody asks the right question that no one thought of before. So it’s this ability to believe in an answer that doesn’t exist yet. We may not know everything. To come to terms with that and to realize that no one actually knows what’s ultimately possible.

Now it’s happening on a much larger scale and a much faster speed. Where people are uploading things, a computer that doesn’t know how to wonder or doubt is regurgitating those answers back to the next user. The scariest part about it is even if you’re an individual that can spot the website you clicked on is wrong, it’s too late. You’ve already clicked on it. So you already made it that much more popular.

I&T Today: Through your different projects, what message do you most want to send to the next generation of innovators?

Jason Latimer: I’m speaking in Berlin for Education First to talk about the influence of technology on society. We’re globally going to start talking about the internet; how it can actually undermine your ability to be creative, because you assume it knows more than you do. Rightfully so, you can say that it has more information than you do. But it can’t ask a question. It’s more important that we know the computer can’t ask a question, that it’s only as good as we are. It’s important for a kid to realize that they were born as a question-generating machine.

It’s very important for me to try to promote wonder on a massive scale and the importance of that thought process to everyone. Science is a way of thinking. So you don’t really have to be in a lab coat to think logically. But at the same time, you do have to know that you are capable of asking a question that no one’s ever thought of before. My biggest concern right now is getting kids to see beyond the answers in the age of information. But in that process, I’m trying to remind people that it’s wonder that changes the world. And you were born with that ability.