Robert Kirkman is building a multimedia empire with Skybound Entertainment. What began with comic books like The Walking Dead, The Astounding Wolf-Man, Outcast, and Invincible has expanded into television, video games, and even a feature film – Air. In addition to AMC’s The Walking Dead and its prequel, Fear the Walking Dead, Kirkman’s Thief of Thieves is in development at AMC. On top of that, Cinemax is releasing Outcast in 2016, and Syfy is developing Clone.

Kirkman has a first-look deal with Universal Pictures following the August theatrical release of Air, which he produced and which was distributed by Vertical Entertainment. The post-apocalyptic film, which features Norman Reedus (but no zombies), is now available on Blu-ray and DVD.

The man who wants to share his success with other comic book writers, video game developers, and creatives both in and out of Hollywood talks about his plans for Skybound Entertainment across all media in this exclusive interview.

Robert Kirkman: Skybound has the potential to be a different kind of entertainment company. As we continue to grow and expand, we will enter new markets. We started out in comics. We’ve done a little bit of television. Last year we branched out into video games in a big way. This year we branched out into movies. We’re also doing a table top game.

Every time we expand into different media, we’re able to bring a different angle and different operating procedure to that project. A large part of The Walking Dead’s success across different platforms is, to a certain extent, a product of my involvement. I’m not an expert at television, but I am an expert on The Walking Dead. The fact that I’ve been able to remain involved from the get-go and offer my input with help from directors, TV writers, and others lends something a little bit special to The Walking Dead compared to other adaptations in the past. 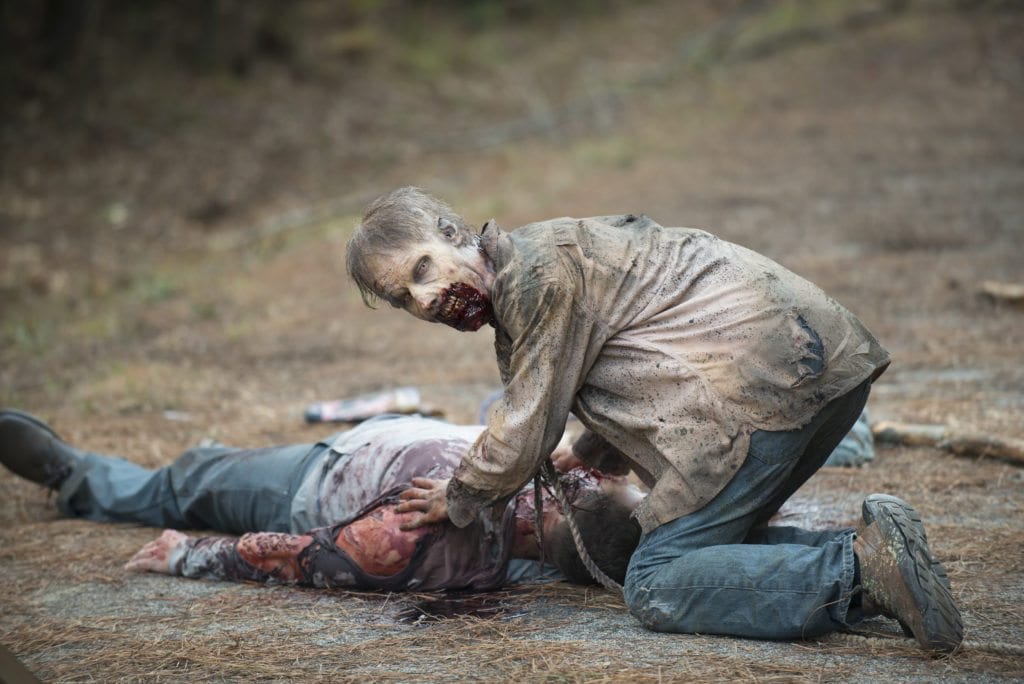 I&T Today: What did you learn from The Walking Dead that you’re applying to your new TV shows like Outcast?

RK: I think I’m a much better writer. I kind of lucked into working in television through The Walking Dead, and the first couple of seasons of The Walking Dead were definitely a learning experience. I’ve been able to discover the strengths and weaknesses that both the comic book medium and the television medium have – because they are two very different ways of telling stories.

Working on The Walking Dead show has allowed me to recognize those differences in a big way and apply them to my storytelling. The Outcast comic and television show are going to be somewhat different, but they’ll both take advantage of the respective strengths of those media. With Outcast, there’s certainly the potential to do the kind of things that we’ve done with The Walking Dead. But we know we have to start small, and we have to establish ourselves as a comic book and as a television show before we start going a little too crazy with it. It’s important to expand at the right time and weigh your opportunities correctly. It’s not necessary to expand Outcast to the level of The Walking Dead prematurely, so we can sit back and do it right. 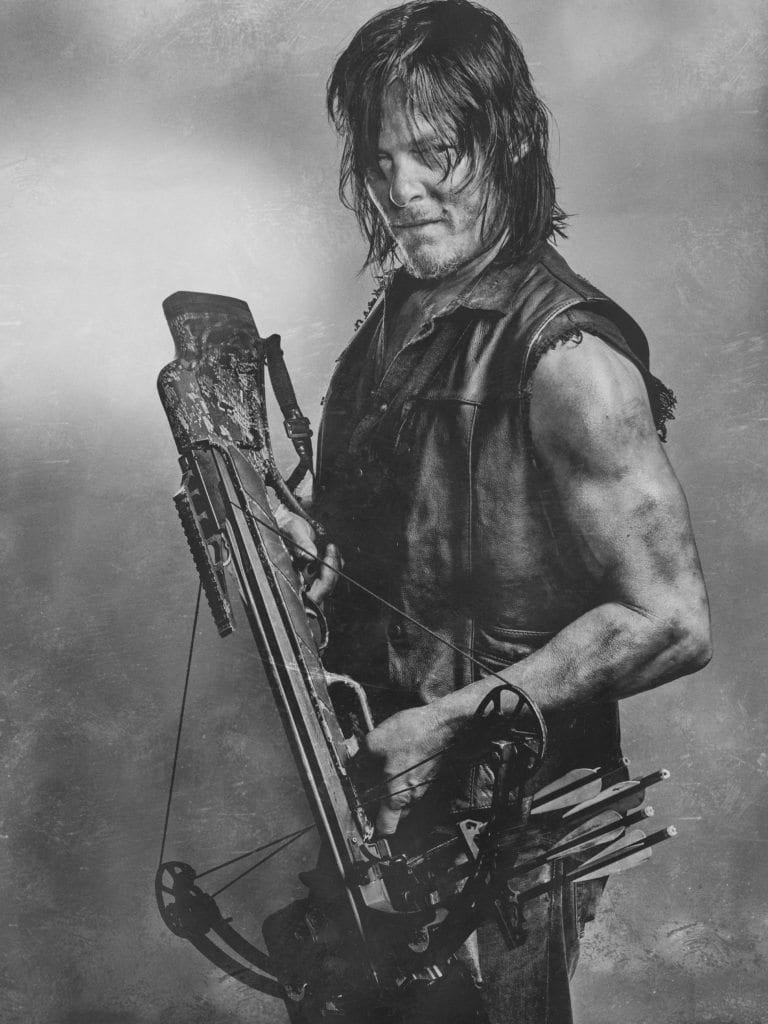 I&T Today: Do you think about multimedia opportunities with the universe when you’re creating something like Outcast?

RK: I never sit down and say, “Will this work as a video game, a novel series and a television show?” If it doesn’t have components that can allow that type of expansion, I’m not going to embark on that journey. That’s not really the mindset that I have. It all starts with story. And that’s something that Skybound really tries to focus on. You want to have a great story that can stand on its own. If there are other components that can be expanded upon, and if there is a natural transition to another medium, that’s certainly a plus, but we really just want to have a great world to experience. While I’m writing the story, I keep in the back of my mind: Is there a corner left unexplored? But that’s certainly a secondary function. It’s not something that I try to bake in from Day 1.

I&T Today: What are your thoughts about the new opportunities that have opened up with digital distribution and all this new media that people can create original stories for?

RK: It’s really exciting for a lot of different reasons. Having as many platforms as possible just makes the playing field more open to new content. In that respect, it’s a fantastic thing to see the expansion of television out of broadcast into cable, into digital monetized platforms like Netflix and Hulu. As things continue to expand, that leaves room for new ideas to be explored and for new risks to be taken. Network television is a medium that doesn’t really allow for a lot of risk taking. Most everything that makes it onto the air is very safe because it takes so much effort and cost to do a television show. But these new platforms are allowing for a lot more risk taking because they’re cutting out the middleman. You don’t really have a lot of money going into these things in ways that have to be recouped through very strict and calculated ways. You’re likely to have more opportunities for creators to participate in interesting ways that makes it more worthwhile for them. It also allows them to take more risks, which will hopefully lead to better and more exciting and more different projects.

I&T Today: What was it like for you to enter the film business with Air?

RK: If you’re going to branch off into a new medium, it’s always nice to have Norman Reedus in tow. It’s certainly a luxury to be able to work with someone like Christian Cantamessa – who I think is going to be a huge director. He’s someone that comes from the video game world, and is an expert in his own right entering a new medium, but he brings a skill set that is going to really lend itself to making great movies.
I feel like the deck is stacked in our favor.

Making a movie is not entirely different than making a television show, but it is a different way of telling a story. A lot of my experience working on The Walking Dead TV show was used on Air. Producing new things and expanding into new directions is something that drives me. It’s very exciting to take risks and do things I may need to learn on the go. 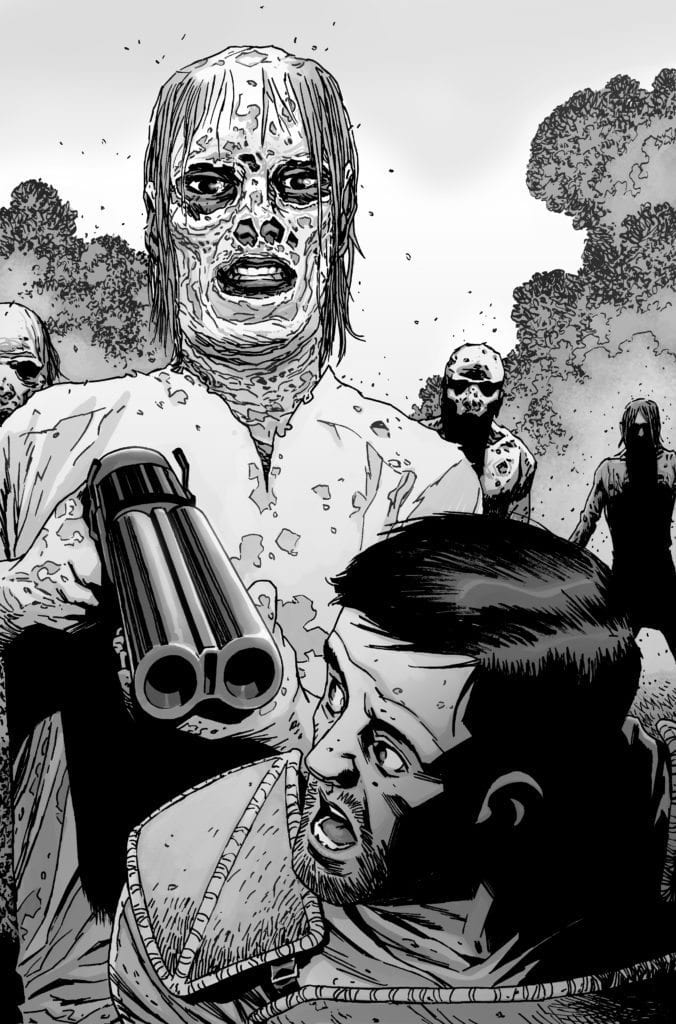 I&T Today: What role do you see movies playing moving forward for Skybound?

RK: We had a really good experience with Air, and we’ve made a lot of good relationships that we want to maintain. Skybound is a company that doesn’t have to do movies and it doesn’t have to do video games, but we have the luxury of being able to do that if we want to. That allows us to position ourselves strategically to make the best products possible. There’s not a corporate mandate or anything where we have to do three or four movies a year. Now that we’ve done it and we know that we can do it, as projects arise and as we feel passionately about them as we did with Air, we’ll continue to stay in that space. Behind the scenes, we’re working on a few other movie projects, and a couple of those look like they may be coming together. We will continue to travel down that road for as long as it’s fun and exciting for us.

I&T Today: What do you feel your company can learn from what Marvel has done on the big screen over the years with comics?

RK: The lesson to learn from what Marvel Studios has done with movies – which I think is fantastic – is that audiences love to be surprised, and they want to see things done that you wouldn’t think are possible. The idea of a shared universe where Nick Fury showed up at the end of the first Iron Man movie was a big surprise. It’s so exciting for a viewer to be in that movie theater and have something thrown at them that they didn’t expect. Having watched superhero movies for so many years, the idea of a connected universe is something that I didn’t think was possible. The real lesson that people should be taking from them is to do things that are unexpected and to find new ways of telling stories with movies. It’s important to try to reinvent the wheel and give the audience a movie experience that they couldn’t get before. That’s what we should be striving to do.

I&T Today: How does Skybound view video game developers within the entertainment landscape, and what opportunities are there to work with them beyond just making games?

RK: From my experience, making video games is extremely difficult. A movie script is anywhere from 90 to 120 pages long, and a video game script is more like 500 pages long. People that direct video games end up with very different challenges that are much more difficult than directing a movie in a way. People that come from writing comic books, they’re faster and they can think on their feet. They’re able to tell a great story on their own because that’s how comics are done. People that move from comic books into writing television and movies have a skill set that gives them a leg up over people that come into this media in a traditional way. Having worked on Red Dead Redemption and all the games, Christian Cantamessa has dealt with the kind of problems that you deal with as a Hollywood director, but also other problems that you would never have to deal with. Having that experience allows them to handle all of these other things that could come up. That’s a talent pool that is able to easily transition into other media, and do so with great success. 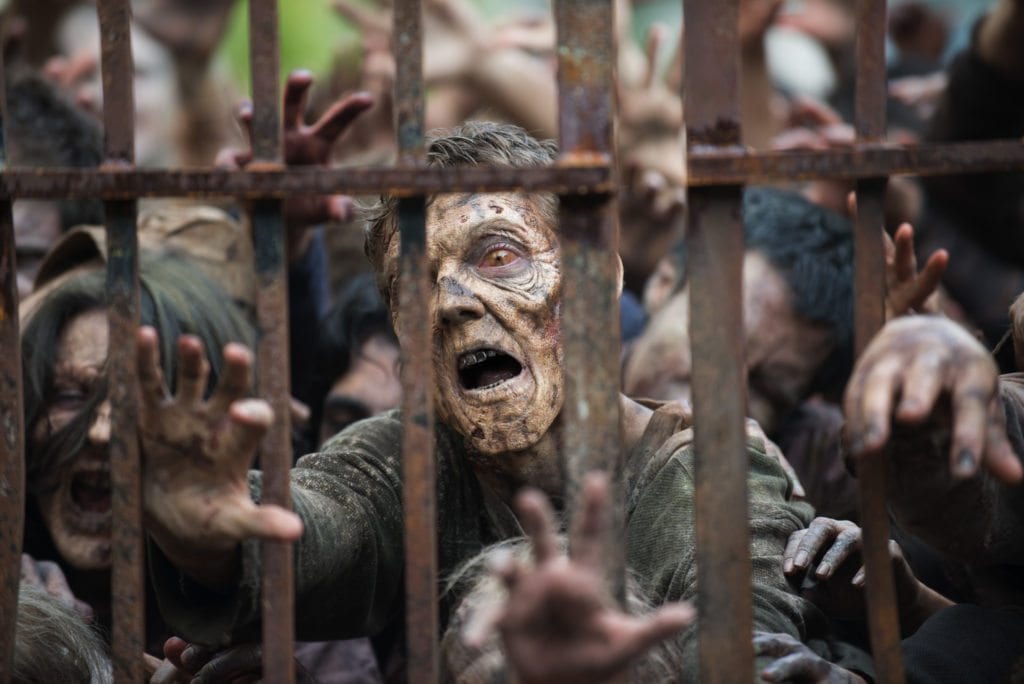