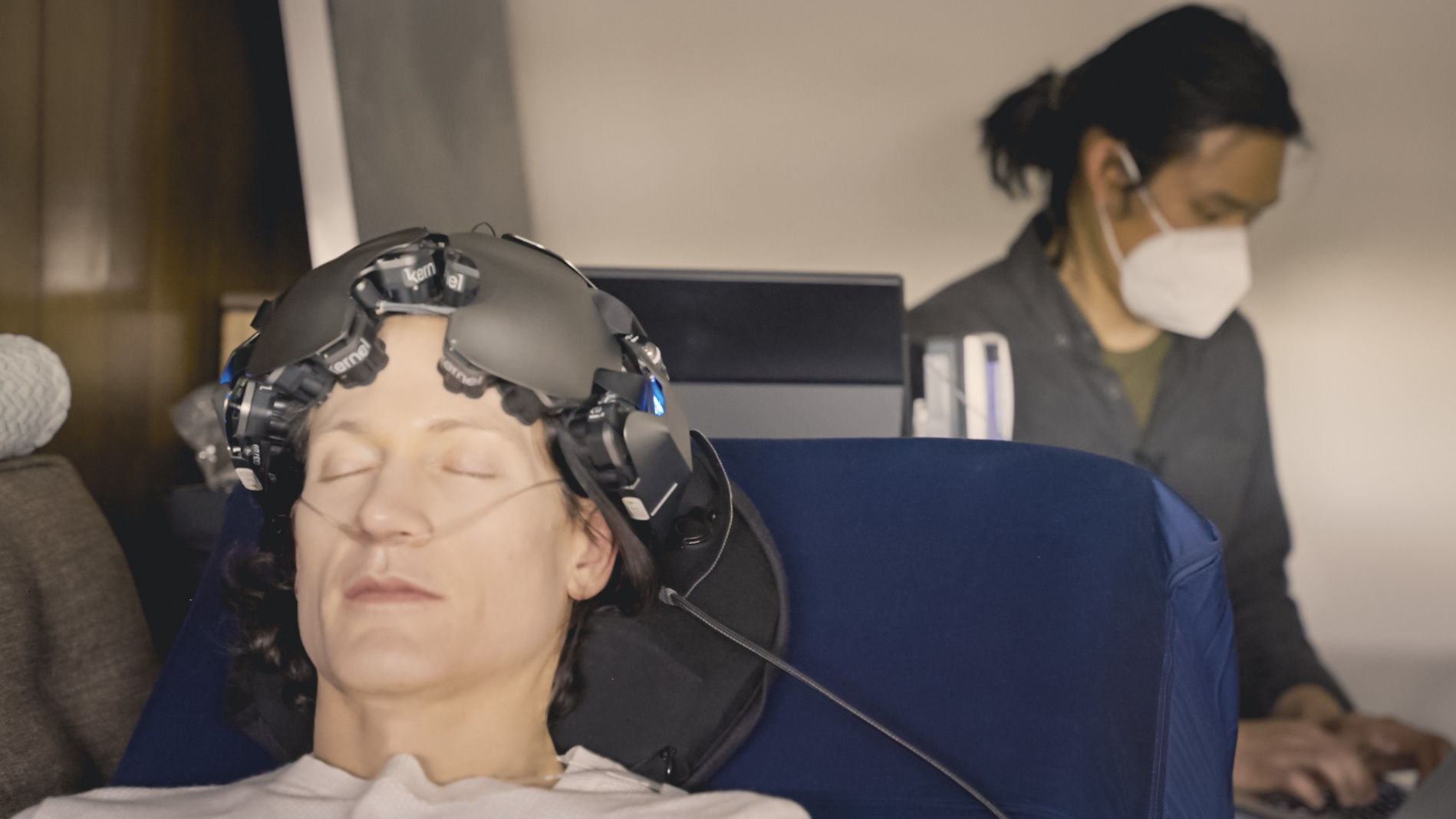 How Does Ketamine Affect the Brain Over Time? Kernel Founder Tests his Invention

Kernel, a non-invasive neuroimaging company, and Cybin Inc. (NYSE American: CYBN), a biopharmaceutical company focused on progressing “Psychedelics to Therapeutics,” have announced results from an innovative study involving ketamine and the brain.

The goal was to give the Kernel Flow, a brain imaging tool, a real-world test with a subject in an altered state of consciousness

Preliminary data from the piloting suggested ketamine-induced changes in functional connectivity persisted for several days after administration. Kernel Flow successfully measured the neuro-effect of ketamine over 11 days (baseline at Days 1-5, dosing at Day 6, follow-up at Days 7-11), and confirmed changes in functional connectivity that are consistent with current scientific research. The piloting was conducted to ensure the efficiency of the feasibility study design. Participants in the pilot received either a low dose of ketamine and/or a placebo while wearing the Flow headset.

“Kernel’s Flow technology is revolutionary in the field of brain imaging as it is the first easy-to-use wearable that can collect real-time brain activity before, during and after a psychedelic experience. Previously, studies had to rely on subjective patient reporting. By utilizing Flow, we will now be able to quantifiably gather real-time functional brain activity during our clinical and research studies evaluating psychedelic-based therapeutics,” said Doug Drysdale, CEO of Cybin. “Measuring where and how psychedelics work in the brain unlocks new frontiers of discovery in this space. Most importantly, Kernel Flow will enable us to measure the duration of effect during a psychedelic experience, which will be pivotal in developing the most accurate and effective treatment regimens for patients. This technology is precisely what we need to accelerate the development of psychedelics into therapeutics.”

“Kernel Flow is a groundbreaking neuroimaging technology that enables rigorous characterization and quantification of physiological processes in the human brain. We’re excited to report the pilot results of a longitudinally rich dataset of brain activity before, during a ketamine-induced altered-state experience, and after. The quality of the data recorded with Flow may lead to a better understanding of the neuro effects from psychedelics on the brain and help to advance these powerful new therapies for patients,” said Kernel’s Johnson.

On March 31, 2022, Cybin and Kernel announced the initiation of the feasibility study and enrollment is ongoing.

The goal of the study is to evaluate a participant’s experience wearing Kernel Flow while in an altered state of consciousness following the administration of ketamine. Participants will receive a low dose of ketamine and a placebo on separate visits while wearing the Flow headset. The system is equipped with hi-tech sensors to record brain activity and will report a participant’s experience using structured questionnaires and validated assessments during study visits and at follow-up. The four-week study will also evaluate brain activity before and after administering the study agents — low-dose ketamine or placebo.

Based on a partnership agreement between Cybin and Kernel dated January 11, 2021, Cybin will retain an exclusive interest in any innovations that are discovered or developed through its independent analysis of the study findings. Concurrently, Kernel will hold the same rights relating to its Kernel technology.