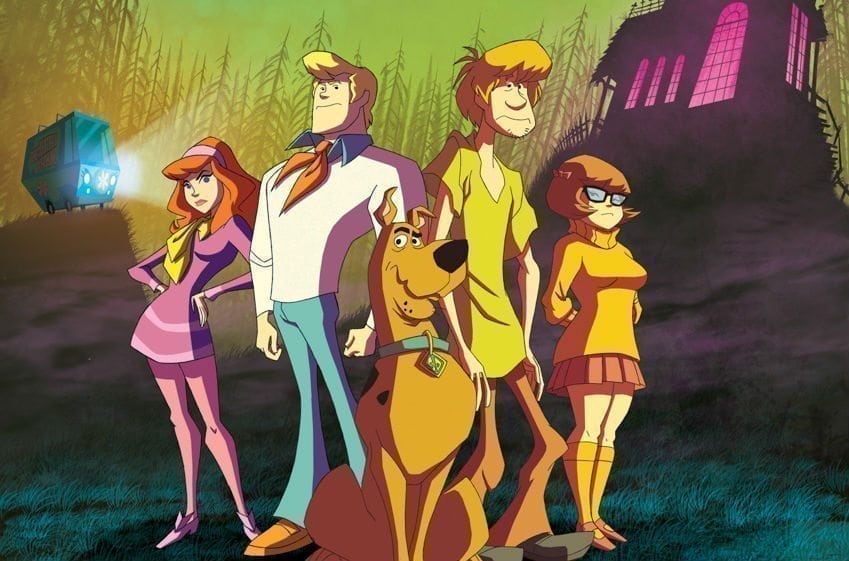 Voice Actress Grey Griffin Tells Us About Her Dream Role

Voicing Daphne from Scooby Doo, Azula from The Last Airbender, and much more, Grey Griffin has mastered the art of voice acting. We spoke with her about her early days of voice acting, the difficulties of the industry, and the character she most wants to perform.

Innovation & Tech Today: What was your very first voiceover job?

Grey Griffin: The one that I booked when I first auditioned was a pilot for Disney called Penny Dreadful. Not the one that ended up coming out later in live action. This was just like a little cartoon, but it never went anywhere. It was just a pilot, and I think Tara (Strong) was in that. I think she was in that, but I didn’t meet her at the thing, but, anyway, the next thing I got was the voice of Reptar on Rugrats. It was just one episode and I went in. That’s when I first met Tara in person and we became friends. She was just so sweet and kind of showed me all the ropes and stuff. Yeah, voice of Reptar. I remember when his little figurine came out I was still just newly into voiceover, but I’m like, “Oh my god, I’ve only been doing this for a couple years and I am the voice of this character. This little figurine.”

Grey Griffin: It’s just that suspended disbelief and that’s kind of how voiceover is. I mean, I just go in and look really ugly and sound really weird and make gross faces. You just make a fool out of yourself and not be afraid to make a fool out of yourself. I just felt like there’s so much freedom in voiceover. You can really do anything. I mean, I’ve played food. Where else can you play food?

I think we’re all a little bit weird, like everybody who is successful in voiceover is a little bit kooky. I call it the carnival folk of artists. It’s just like we’re all party tricks.

Grey Griffin: I don’t know. I mean, every single person I’ve worked with that’s successful at voiceover is a musician and can sing, except for Frank Welker, who he’s incredible. He’s one of the most incredible, so it’s kind of funny that he doesn’t sing.

I&T Today: Oh yeah. It’s funny because when I was talking to Tara (Strong), that’s what she said.

Grey Griffin: Yeah. She’s got kind of like a Broadway sound. I ended up … I made a bunch of records and played like Appalachian Folk kind of music, but I still do little YouTube videos. I have like a little YouTube channel where I sing something every month or something, but I still have to get that part of my personality out. I do all kinds of things. I don’t know. I feel like voiceover is sort of a catchall because when I was little I wanted to be a singer and I wanted to be a stand-up, but I wanted to just be a serious actress and I drew. It’s sort of a culmination of all of those things.

You get to bring drawings to life because I have a lot of respect for artists because I’m a visual artist as well. When I see a drawing, it just seems like such an honor to be able to put a voice to it, and then I get to kind of be funny so the stand-up comedy comes in, and I punch up a lot of scripts if I think something would be funnier. I’m like, “Can I add this word?,” or, “What if she said this?” Usually, people are open to that. They’ll be like, “Oh great, we’d love that.” Sometimes I get hired because I said something funny in the audition, and they just go, “Oh good, she’ll make our script funnier. Bring her in.”

Grey Griffin: Even though I feel like I’m just as good as anybody else. I mean, sometimes the writers are just looking for somebody to bring some extra funniness to it. Then there’s the … It’s just like a culmination of everything, and then you get to sing sometimes in cartoons. It’s the catchall.

I&T Today: What do you believe is the most difficult part of being a voice actress?

Grey Griffin: Nothing. It’s the best, easiest work ever. That’s probably why everybody wants to do it. Honestly, I can’t think of anything bad about it. I don’t have this problem, but some people do lose their voices. I think because of my theater training I learned how to breathe correctly early on, so I haven’t had a lot of issues with hurting myself, but some people I know … If I even think anything is a little bit uncomfortable or I start feeling like I’m going to lose my voice if I keep doing this, I’m pretty good about at the audition going … I mean, there have been times when I’ve been doing really well in an audition and I know that they’re loving what I’m doing, but I have to stop then and go, “Hi, I know that this is going well for you and you’re feeling like you might have found the person. You’re really liking what I’m doing, but I have to be honest. I’m not going to be able to keep this up and I don’t think you should hire me because I’m going to lose my voice.” They’re like, “Oh no! We really did like that,” and I’m like, “I know. I like it too, but I can’t do it for more than five minutes.”

Grey Griffin: Yeah, so I guess that, but everything else had been so amazing. I mean, I have three children. I was able to be pregnant. I work all the way up to my due date and then go right back to work. You know, not feel like I have to be a size five. Size five is thin to me. I guess a lot of people say a size one or a two, but for me, I feel like a size five is my dream weight. No, but I don’t have to be super skinny or super beautiful or anything, and hopefully I … I mean, I’m 43 and I’m still playing cute, little teenage parts or sexy girls, and I know that doesn’t happen for every 43-year-old woman in Hollywood.

Grey Griffin: Then we get to travel and meet fans, which the Con thing has been kind of a new thing for me. I’ve only been doing it like in the last few years, and I just love it. It’s just so fun being able to travel and kind of feel like a rockstar a little bit and meet people that get to tell you these great stories about how you got them through an illness or they bonded with their father. I’ve been doing this job for over 20 years and I feel like I’m getting to sow the fruit, like reap the rewards of a 20-year career now. People have these incredible stories about like childhoods. Now they’re all adults but have these really great stories and it just feels so good to know that you made somebody happy. It’s great. I really don’t have anything to say that’s negative about it besides … I mean, even when I want to spend time with my kids. If I want to go on a trip, as long as I let them know way ahead of time I’m able to go, like every summer my 10-year-old and I go on a trip, just the two of us. Last year we went to Ireland for a week and financially it’s great because it’s a lucrative job, but you’re not sacrificing your family time at all.

I&T Today: Throughout your … I mean, just speaking of all the different voices that you’ve done throughout your career, is there one character that’s been your absolute favorite to perform? 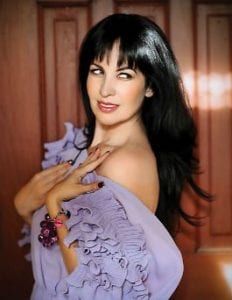 Grey Griffin: Azula from Avatar: The Last Airbender was such an acting challenge. I mean, it’s such a wonderful … I love villains, but I feel bad for her too because of the bad relationship with her Mom. I share that too, so I kind of feel that pain. Oh gosh, it was just such a well-written role. Yeah, that acting-wise was the most fun.

Recently, though, I play the Mom on Star Vs. The Forces of Evil on Disney and that has been … She started out as just this little, uppity queen, and it’s just been a really good acting arc for me. I mean, that’s just been really fun. Then I also played Jackie on that show, who is like this surfer chick and that started out as this girl that just skateboarded through the scene, and then the part just grew and grew and grew into being the love interest of the main guy. That’s just really fun too. People go, “Oh my God, you’re Jackie and the Queen? I never would have put that together.” I love that. That’s a huge compliment that they couldn’t put it together, but there’s just such great writing in cartoons right now. Especially now. I remember when I was little it was pretty surface. You know, it was just nothing to be a Smurf and stuff like that.

I&T Today: Is there a character you’ve never voiced before that you feel like you’d be a perfect fit for?

Grey Griffin: I always wanted to be … I’m such a Disney head. I mean, I just worship Disney and I’ve always … Snow White, that was my favorite Disney movie of all time, and the voice match for that came around once. I was like, “Oh my god, this would be my chance to do it,” and I could kind of do the voice a little bit… but there was somebody who was a little bit better at it. I don’t know who it was, but they got it and I didn’t.

Grey Griffin: I was very sad because I was like, “Oh my God, this is the chance of a lifetime. I love that part so much.” But you can’t get them all.