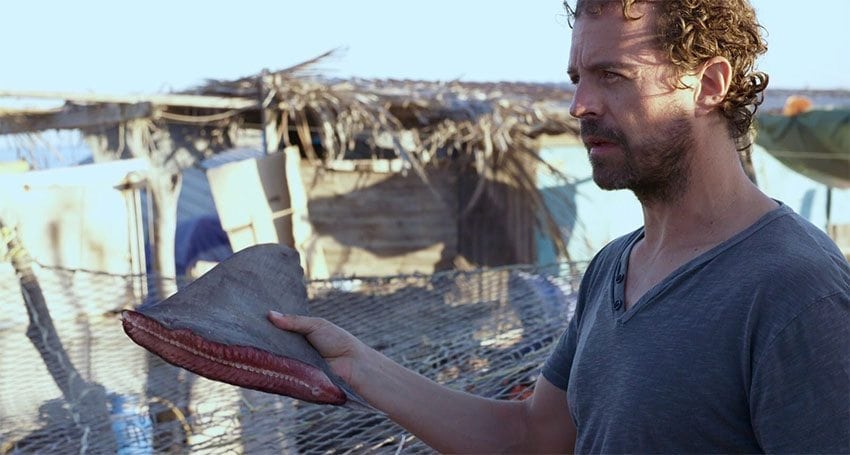 Giving the Environment a Voice 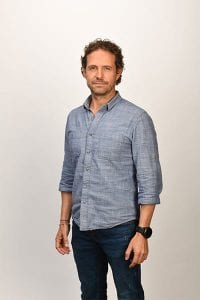 When it comes to environmentalism, Nicolás “Nico” Ibargüen does it all. He’s the force behind Project Earth, a global digital platform, for which he produces hundreds of hours of documentary content per year. His work has spanned myriad topics. In 2017, Ibargüen won an Emmy Award for producing Amazon: A Paradise for Sale, which took a detailed look at wildlife trafficking in the Amazon. Just before that, he hosted and produced an investigative piece,

Off the Shelf, which eventually led to a nationwide ban of certain shark cartilage products at CVS and Walgreens stores. In 2015, Ibargüen investigated the first instances of black

bear hunting in Florida. Only a few months later, The Florida Fishing and Wildlife Conservation Commission reversed their decision and black bear hunting is once again illegal in the state.

Ibargüen’s wide range of knowledge, in addition to his work with environmental influencers like Former Vice President

Al Gore and ocean conservationist Sylvia Earle, have made him a leader in the environmental and conservation fields. His most recent project, When Lambs Become Lions, explores the long-reaching effects of the ivory trade. We had the opportunity to speak with Ibargüen about some of his projects, the horrors of ivory trade, and how to engage more people in environmental issues.

Innovation & Tech Today: Could you describe what Project Earth is?

Nicolás “Nico” Ibargüen: We launched it a couple years ago as an environment unit for Fusion TV with the idea to produce content that inspired different audiences. Not only do they have the Spanish-speaking audience but they also reach out to millennials and to young people.

From the moment they are waking up, they brush their teeth, they have breakfast, they ride their cars, they go to the supermarket, they buy stuff, they go to lunch, and all of that. In every single thing and every single activity that they do, they’re having a big impact on their environment. [We] do content that helps them understand, for example, how coffee is going to be affected by environmental issues, in particular climate change. Or wine, or cheese, or the next vacation people want to take, if it includes the ocean or snow or things like that. So we’re trying to make a connection to people’s daily lives and activities to the environment in a way that they can actually understand and feel inspired and empowered. We do so by telling different stories in very different ways, different formats. From very short digital series and short content and animations to long, informative documentaries.

I&T Today: Could you talk about your upcoming project, When Lambs Become Lions, and how Project Earth got involved?

NI: Someone was pitching the idea and as soon as I heard that they were pitching a documentary about ivory trade from a very different perspective, immediately I got interested in that. As well as the people involved, two Oscar-nominated guys. One is Tom Yellin, he’s involved as a producer, and the other one is Marcus Hammond who is involved as the assistant producer.

I thought they were very good storytellers and I thought they were perfectly aligned with our mission of trying to bring the big issues. The issue of illegal ivory trafficking, as you know, is the third largest illegal traffic after, I think, guns and drugs.

So, by focusing of course on elephants, at least most people can feel empathy about this amazing animal that has been roaming the Earth for more than 50 million years. Now we’re killing one elephant every 50 minutes or something like that. It’s not only about the elephants, it’s also about the people and how all of this illegal trafficking is affecting society … and how it’s sparking and funding wars and terrorism.

I&T Today: It seems as if, when you look at mainstream environmental issues, the ivory trade sometimes gets left behind a little bit. I know it’s something I personally do not know a lot about.

NI: It’s absolutely crazy. It’s basically decimating the population of elephants and rhinos. We’re killing about 25-26,000 elephants annually, and it’s not going down, it’s actually going up. So in a time where we’re saying, “Yeah, we have these under control,” it’s actually completely the opposite. It’s a huge issue and we’re just decimating this population. And if we don’t do something about it, we’re just going to drive the elephants in the world to extinction in the next 10 to 15 years. That’s absolutely crazy.

I&T Today: How can we get more people to look at, understand, and care about these environmental issues?

NI: Every story that we do, we try to tell it from a perspective of “how does this relate to everyone’s lives?” Why should people care about sharks disappearing, or elephants disappearing, or the issue of extinction, or climate change? We’re living through a time that, more now than ever, people are so disconnected from nature, from the environment, from our planet.

So we’re just trying to bring the concept of, “Hey everything that you care about, whatever it is … if we don’t care for the planet … that activity that you love so much, you’re going to have problems or you’re not going to be able to continue to do that.” 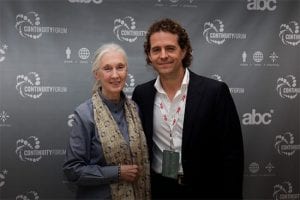 So, that’s what we’re trying to focus on and bring the impacts that are affecting the planet into people’s lives. Through what they eat or what they care about or what they like. But sometimes this issue is so big that it’s easy for people to disconnect just because people are like, “Yeah I know. I care about it, but what can I do? It’s bigger than me.”