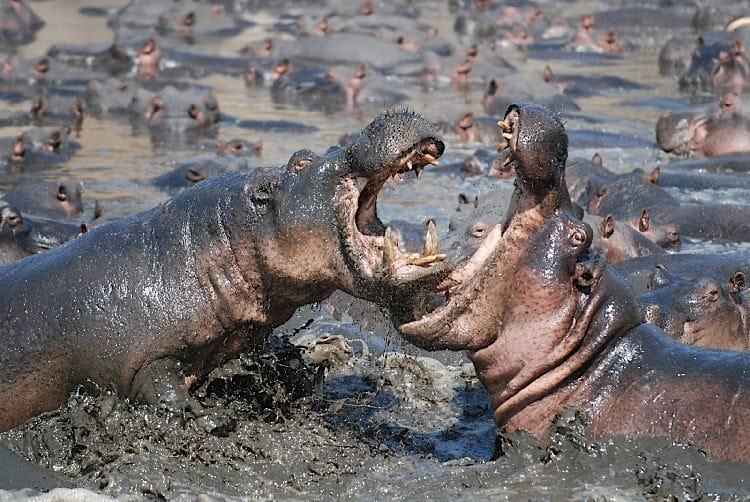 Which animal would win in a fight? A lion or a tiger? Did you ever wonder if the polar bear would kill a walrus, or the other way around? Well, there may be answers to these hypothetical battles by looking back at the Animal Planet TV show, Animal Face-Off. The show used CGI animation and robotic animals models to portray hypothetical battles between animals in the wild. And while there weren’t any cool robot battles, the robotic models and battles themselves were nothing to sneer at.

The show started off by selecting and pitting two animals against one another, regardless of whether they would actually encounter one another in real life. Each animal was then broken down based on its physical strengths, weaknesses, as well as advantages and disadvantages the creature may have against its contender. Then, replicas of the animal were created in order to provide a simulation of their physical abilities. One robot, modeled after a Saltwater Crocodile, recreated the famous 3,000 pounds per square-inch bite. Further, models could spin and move to reflect how the animal might actually react in battle. The Saltwater Crocodile robot, for example, could recreate the famous “death roll,” while the robot modeled after a walrus had thick, practically impenetrable skin (much like the thick blubber that protects walruses).

These robots would be used to recreate hypothetical situations, with massive robotic crocodile heads slamming shut with immense pressure or sharp metal lion’s teeth sinking deep into thick canvas. The results of these tests would be studied to determine if the animal could actually harm its contender. Everything from weight, to strength and bite pressure, to swimming and agility, were weighed to determine the true animal warrior. Even behavioral tendencies were taken into account, such as the fact that wolves usually hunt in packs, seeing as these details could easily change the battle results. CGI animation would then portray the battle, with some endings leaving viewers surprised and enthralled.

While no new episodes have been recently released, Animal Face-Off did provide a unique way to portray an animal’s power. It’s easy to state facts and figures, but actually showing the action behind the number is eye-opening. After seeing those huge, metal jaws slam shut, I am very aware that a 3,000 psi bite force is something I do not want to experience anytime soon.