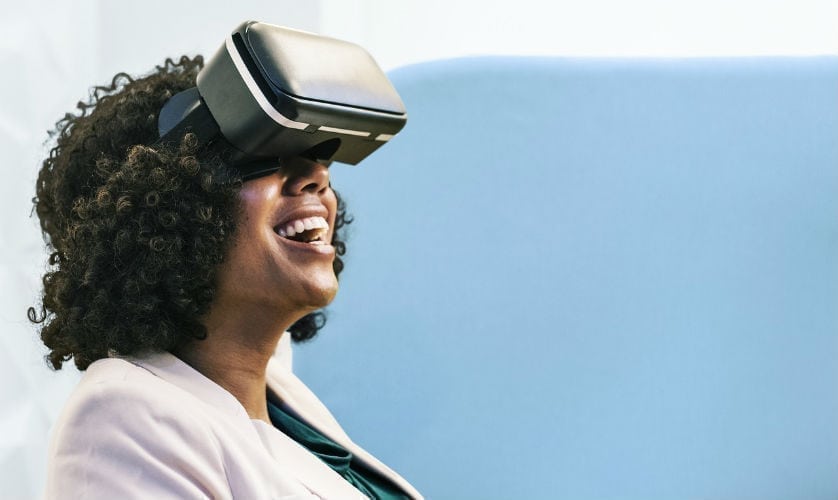 If you’ve played an augmented reality or virtual reality game, you were probably impressed — and rightly so. You probably also realized, though, that something about it didn’t feel quite real. Yes, the graphics might not have been the best, but was there something about how you looked around and interacted with the virtual world that felt off?

Even if you did notice this, you likely couldn’t put your finger on it. That’s because there’s a fundamental difference between how our eyes work and how VR works. At least, there was until now.

New technology now enables us to interface with virtual reality in a much more realistic fashion. That technology is referred to as foveated rendering, and it’s been a popular subject at E3 this year.

What Is Foveated Tech?

Foveated rendering, often more simply called eye-tracking technology, gets its name from the fovea, a small central spot in the eye’s retina. The fovea is the center of your vision and where your vision is at its sharpest.

Compared to the fovea, the periphery is unfocused and blurry. The area that the human eye can see clearly at a given time is much narrower than one might expect.

Foveated tech takes its cues from this aspect of how your vision works. It involves tracking your eye movement using sensors and infrared light. The computer then makes your area of focus sharper and allows the rest to blur.

Technological advances associated with the smartphone helped enable the introduction of foveated technology. Because sensors used in smartphones, such as those that detect whether you’re looking at the screen in portrait or landscape mode, brought down the cost of sensors because they are produced in bulk.

How Is Foveated Tech Impacting Gaming?

Because foveated rendering is modeled after how the eye works, it creates a more realistic visual experience. Everything from characters to small details like light and reflection could look more convincing.

This will result in more immersive VR and AR experiences. It could also improve gameplay by making the way you interact with the world more realistic. When you can view the virtual world as you would the real one, the speed and fluidity with which you can move increases drastically.

Additionally, because a device with foveated tech uses sensors to track eye movement, it can adjust to each user. It also decreases the computer’s workload by enabling it to concentrate its power on what you’re looking at, rather than the entire screen.

AR and Foveated Tech at E3

Many recent versions of virtual reality headsets now include some form of foveated tech, including Oculus Go, Oculus Rift DK2, StarVR from Starbreeze, Samsung Gear VR, and the HTC Vive. It’s safe to say that in the future, the vast majority of VR headsets and glasses will incorporate foveated rendering, as will many video games.

Virtual and augmented reality is making a bigger and bigger impact on the gaming industry. At this year’s E3, 10 percent of the 274 companies attending promoted VR/AR games or hardware at the event. That 10 percent includes both VR/AR-focused firms and more general gaming companies. There were no VR or AR games present at 2013’s event and just six the next year.

Some of the most hotly anticipated VR/AR games from this year’s E3 include:

Game developers are also now adding VR, AR, and foveated technology to various existing games, including Soma and many others. In the future, foveated rendering will become the norm and games without it will seem primitive. You can expect more and more games and hardware to include foveated technology, which will make for much more realistic, immersive augmented reality, virtual reality, and gaming.