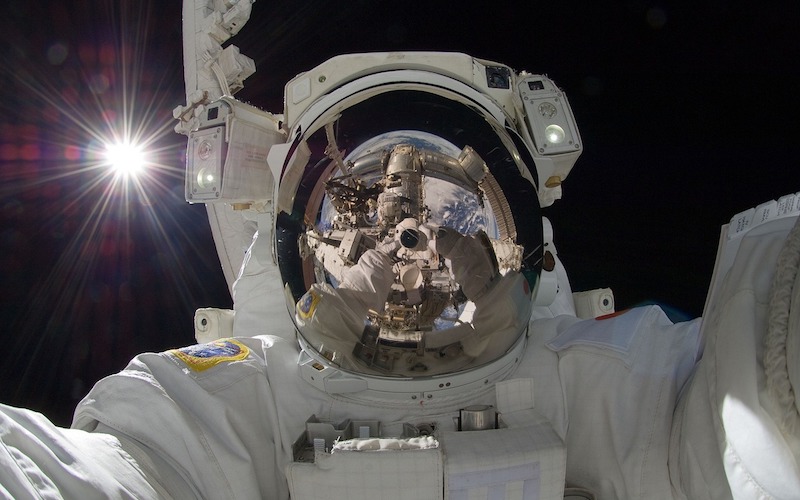 UPDATE 3-26-2019: NASA’s attempt at making history has been delayed. As of Wednesday morning, the all-female spacewalk has been cancelled due to NASA not having spacesuits that are the right size for its female astronauts. Because only one adequately sized spacesuit will be ready by Friday’s planned spacewalk, NASA astronaut Christina Koch will use the suit, and she will work with astronaut Nick Hague, thus taking away the “all-female” aspect of the walk.

History will be made this Friday when the first all-female team to conduct a spacewalk. You can watch it on NASA TV at 6:30 am ET on March 29, but first, take a minute to learn why this is such a big moment in our human history.

Plus, check out the bonus interview we did with one of the astronauts last year (see below)!

Hey welcome to Quick Bytes, where we bring you tech, science, and entertainment news quick fast swiftly. My name is Adam. Let’s dive in!

So for the first time in history, an all-Female crew will be conducting a spacewalk at the International Space Station scheduled next Friday March 29, 2019. NASA astronauts Annie Mclain and Christina Koch will carry out the mission named Expedition 59.

The 2 astronauts will be supported on the ground by Canadian Space Agency Flight Controller Kristen Facciol making this mission all female. During this spacewalk they will finalize an installation of the station’s new lithium-ion batteries.

Both McClain and Koch were part of the 2013 NASA astronaut class, half of which were women and came from the 2nd largest number of applicants NASA has ever received more than 6,100. We actually had the opportunity to speak with one of the other female astronauts from that class Dr. Jessica Meir last Spring at the USA Science & Engineering Festival.

We’ll put a link in the description (NAH! We’ll put the video right here in this post.)

Live coverage of the spacewalk will be available on NASA TV,  and the Canadian Space Agency’s Youtube Channel starting at 6:30 AM ET.

Will you be tuning into history?