The Emerging Threat of E-Waste

Technology and sustainability generally mesh together well. Smartphones and tablets have reduced the need for paper and ride-sharing carpool apps can help reduce pollution-friendly traffic by 75%, according to an MIT study. However, there’s been a hidden sustainability issue that this golden age of technology has brought: the potentially dangerous dawn of e-waste.

E-waste is considered any electric appliance, such as a smartphone or computer, that has been discarded into a landfill rather than recycled. And e-waste is filling landfills at an alarming rate. According to a United Nations University report, 41.8 million tons of e-waste was generated worldwide in 2014, expected to grow to 50 million by the year 2018. Sadly, recycling rates of e-waste have been low. Even back in 2012, only a little over 29 percent of tech was reused, according to a study cited by The Atlantic. 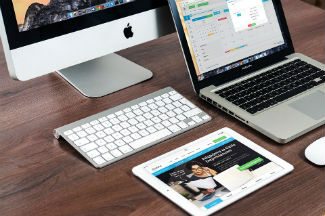 These numbers make sense given the recent explosion of accessible technology. Seven years ago, the EPA estimated that around 350,000 mobile phones were thrown out on a daily basis. This was in 2010, when, according to Statista, slightly over 62 million U.S. citizens owned smartphones. Jump forward to 2017, where an estimated 224.3 million citizens currently use smartphones. Keep in mind this number is dwarfed by worldwide smartphone ownership of well over 2 billion.

However, it’s not just the sheer amount of e-waste that poses a large sustainability threat. Much of the tech we use every day contains materials such as lead and zinc, which are considered toxic. This can be very damaging to the environment, as the materials may end up contaminating groundwater and soil. Many of these toxic materials have been associated with conditions such as lung cancer and neurological issues. Even worse, this harmful e-waste is often dumped off in developing countries in Africa and Asia. Sent under the guise of being used products, they are dumped illegally and unsustainably. 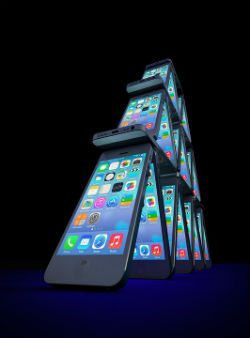 One of the main reasons for e-waste generation is inherent in technological innovation, the constant need to upgrade. Software is consistently updated, and it takes only a few years for the current hardware model to become incompatible. The Wall Street Journal even calculated how long most Apple products stay compatible with the latest software since release, with most recent hardware averaging four to five years. While this sounds passable at first, Apple also revealed last year that the standard lifespan of an iOS device is approximately three years, meaning it’s unlikely your iPhone or iPad will stay up-to-date throughout its lifespan.

However, the issue is not going completely unnoticed. New York City passed a law in 2015 to reduce e-waste, joining states such as Illinois and Colorado that make it illegal to toss everything from televisions to laptops in the trash. Additionally, New York City’s pilot program for curbside e-waste pickup, launched in October of last year, picked up over 400,000 pounds of potentially harmful used tech in approximately six months. There are also a number of organizations that help recycle e-waste on a personal level, such as E-Cycle, Call2Recycle, and even retailers like Best Buy.

Smartphones, tablets, and laptops have brought an unprecedented level of productivity and convenience to our lives, making them almost a necessity. However, it’s important to consider the environmental impact, both in the U.S. and abroad, that simply tossing your outdated smart device in the garbage can do.

The Emerging Threat of E-Waste