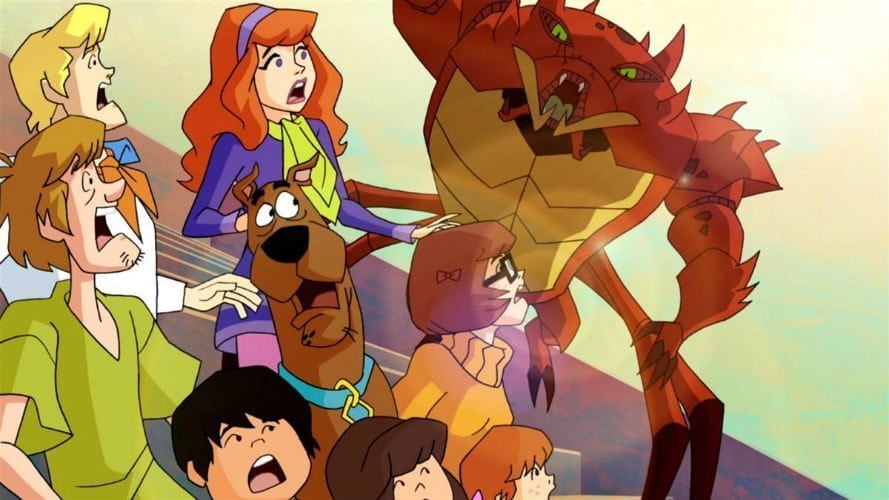 It’s more than likely that you read the previous few phrases in a specific voice. All three were memorable lines spoken by Mel Blanc, Dan Castellaneta, and Kevin Conroy, three of the most influential voice actors in the business. The three are remembered for adding personality and timing to classic characters, all while creating an iconic and memorable voice. It’s this ability to use the voice as not only an essential part of the animation but an inseparable part of a character, that has fascinated me about the world of voice acting.

However, as much as I’ve always been intrigued with voice acting as an art form, I’ve always felt like it’s still a mystery to the majority. While your top Hollywood actor will do voiceover work for the occasional Disney film, what about the people who base their entire acting careers off of their voice? With this in mind, I reached out to some of the best voice actors in the business to discuss where they got their start, what makes voice acting unique, misconceptions about the industry, and advice to up-and-comers with voice acting aspirations.

THE VOICE OF: Winnie The Pooh, Dr. Robotnik from Sonic The Hedgehog, Darkwing Duck, Tasmanian Devil.

BEGINNING: I kind of always was. Just in the sense that I was in first grade and I’d be doing the dolphin noises or anything like that. I remember I’d get in trouble for it, but I thought to myself, “Well, if I can do it like this guy Mel Blanc on TV, maybe I won’t get in trouble anymore and I won’t have to stand in the corner.” 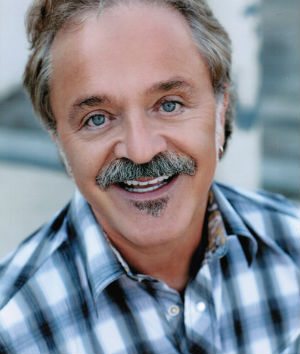 UNIQUE: I always joke around and I’ll say, “Well, anyone can win an Oscar or an Emmy if they can use their face.” You have to be able to be surprised and, you know, all the emotions that are normally conveyed. Plus, you’re inspiring the animator to draw what he hears. And, if you think about it, you can’t really draw comedic timing, but, once you hear it, then you can. And from there, it inspires the animators and then you’re off to the races.

MISCONCEPTIONS: I think sometimes people think, “So all you have to do is read, huh?” And I go, “Yep. That’s all you have to do. Just read it like it’s a phone book and that’s all you’re doing.” It takes a full-time commitment to even come close to a part-time career. Because everybody can read and everybody can speak and so they think therefore it’s a pretty easy thing to do. And it’s like, well, everybody can pick up the guitar and probably pluck the strings but you might not be Stevie Ray Vaughan or Jimi Hendrix. The idea is to make it look easy, but that doesn’t mean it is.

ADVICE: Remember to be a sponge. Just be a sponge. Observe the mannerisms…if your mailman has a quirky sound, or your third-grade teacher, or your neighbor, or fill in the blank. You can hold onto that. 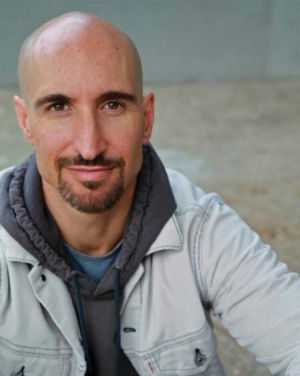 BEGINNING: I got into the business professionally when I was 11 years old. My dad, the late Chuck Menville, was in the entertainment business. At that time he was a writer/story editor at Hanna-Barbera. He heard about auditions for a new animated series of The Little Rascals. I had just played Alfalfa in a school play and I had been in acting class since I was nine. My dad believed in my talent and asked if I could audition. The Little Rascals was my first professional voice-over job and first professional acting job.

UNIQUE: One of my favorite things about voice acting is that you can play against type. I’ve played characters in voiceover that I would never get to play on-camera. I can play an old man on one gig and on the next gig be playing a 12-year-old boy. I’ve played aliens, robots, fat guys, and animals. I even booked a paid gig once as the mooing voice of a dying cow. On-camera they’d never cast a human to play a cow. But in VO, the sky’s the limit.

MISCONCEPTIONS: A big misconception is some people assume that, because they can do a funny voice they can be a successful voice actor. The key word in “voice acting” is acting. If you can do a great SpongeBob impression, cool, but Tom Kenny can do it better, because he’s not just doing a silly voice, he’s acting the (square) pants off that role. Most of us have trained and studied and been at it a long time.

ADVICE: The cliché that we so often hear is true, so I’ll repeat it: If you want to build a career, know that it is a marathon, not a sprint. 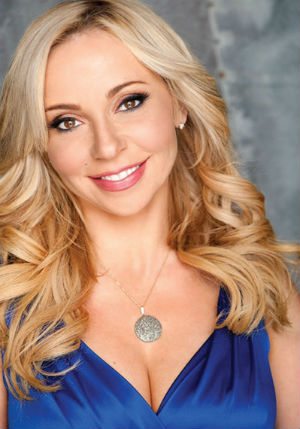 BEGINNING: Well, I knew when I was four or five years old that I wanted to be a singer, actress, dancer, and I always did funny voices and performing. I did the Music Man, and I also did an on-camera show with Mr. T, and then I did Hello Kitty. It was just another audition. So I actually didn’t know that was going to be my primary, but I grew up in Toronto and there were so many great opportunities to really build a nice resume there. I had over 20 animated series to my name before I moved.

UNIQUE: Well, it is in the acting category, and I think people make the mistake that if they have a funny-sounding voice they can succeed, and it’s really not about having a unique voice, although that can sustain for a little bit. The people that really sustain long voiceover careers are primarily actors that have had acting training, and I always tell people when they’re getting started to take as many different kinds of classes as you can, so you can put them in your bag of tricks.

MISCONCEPTIONS: It’s not just about having a crazy sounding voice. It’s really about being a good actor and being versatile and being able to manipulate your voice, and also creating a character. You, as a performer, have to imagine how this person functions in their world.

ADVICE: I always tell people to take as many acting classes as they can and singing lessons, and, when they finally feel ready, get into an acting class for animation or for commercial, whatever they want to focus on, but a really reputable one. Get some studio time and time behind the microphone, so you’re not so nervous when you get into a studio. The truth is it’s a very small-knit industry. Not just anyone, even if they’re insanely talented, is going to get a shot. Everything in Hollywood is timing. 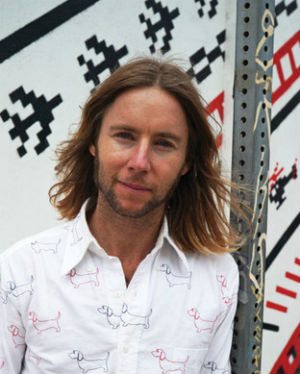 BEGINNING: I first got into voice acting as a prank caller. I grew up with my brothers and sisters driving around in a camper across the United States. My father would let me get on the CB and mess with truck drivers. That’s why I first started to play with making funny voices to make people laugh.

UNIQUE: Voice acting has everything to do with your soul. You have no place to hide. It’s just purely your voice, your inflections. Every breath, even your heartbeat is coming through on the mic. A lot of other art forms you can hide behind things but with this it’s just you and a very, very powerful microphone. You can also wear your pajamas to work.

MISCONCEPTIONS: The biggest misconception is that it just takes a small team. Animation is a huge undertaking. Most animated TV shows have crews of hundreds and hundreds working nonstop on the project. Every person involved is very important.

ADVICE: The greatest advice I can give to anyone wanting to do anything is do it because you love it and love it fully, wholeheartedly, with all your passion, all your energy, all your hope, and all your resources. Then and only then will you receive something that you’ve always wanted. But you will receive it in a way you never could’ve imagined every time. The bottom line is, if you do something long enough, you will eventually get good at it and somebody will pay for it as well. But do it because you love it or you are wasting your time in life. Richness comes from the soul.

THE VOICE OF: Daphne Blake from Scooby Doo, Frankie from Foster’s Home for Imaginary Friends, Azula from The Last Airbender, Mandy from The Grim Adventures Of Billy and Mandy 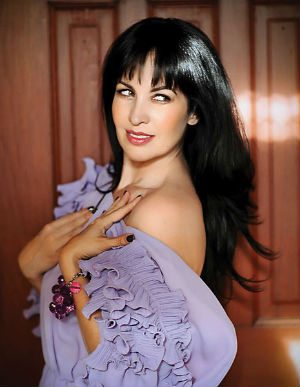 BEGINNING: I always wanted to be a stand-up comedian and I did a few little shows doing stand up. I was really terrible, but I did really good impressions on my show. Pretty much my whole act was just impressions. I didn’t really have jokes and somebody was like, “Why don’t you go write some jokes? But in the meantime, you should do some voice over because you do some great voices and stuff.”

UNIQUE: You’re not boxed in, because when I moved to LA…I kind of thought, “Voices, I’m going to try to do that.” I just left theater school, but I was getting offered these boring parts of just girls my own age, and it just seemed so boring. I was playing the 20-year-old girl, and so when I started doing cartoons I was like, “Ah, this is what I trained for. This is all my theater training coming into play,” because in the theater you’re playing like the 90-year-old-woman, the dog, the little boy.

MISCONCEPTIONS: The biggest misconception is that we do the voices after they animate it. I feel like Mrs. Doubtfire ruined it for everybody because he was a voiceover artist, Robin Williams, in that movie. In the beginning of the movie, they show him looking at a cartoon and then doing all the voices to what he’s seeing. We do that sometimes, but it’s called ADR and you’re just replacing your dialogue.

ADVICE: I used to always try to think of things to say, but the best advice I can give at this point is my friend Dee Bradley-Baker (voice actor for American Dad and Star Wars: The Clone Wars) made a website that has been like the best thing that has ever happened to me personally because I get to send everybody to the website when they ask me about how to get into voiceover. It’s called IWantToBeAVoiceActor.com and it’s great. I went there and I was like, “Yes, this is all the stuff.”