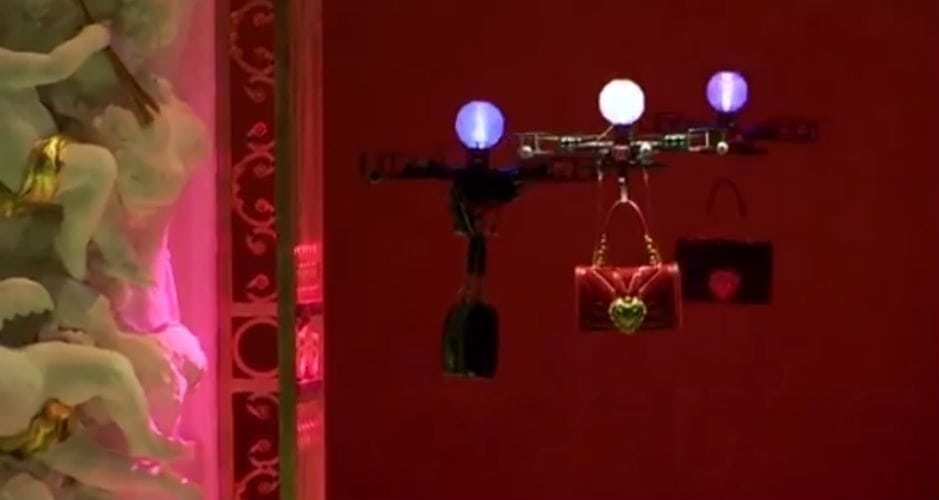 It’s been said time and time again that robots are going to take our jobs one day. In fact, I’ve typed that so many times at this point that I wish a robot writer could just take over and do it for me. (I’m only kidding, robot writers. I need this job to pay for things.) I’ve already written before about the different jobs that look to be disrupted by robots, including serving coffee, retail stocking, and even space travel. However, it’s looking like even the world of runway modeling isn’t safe from automation, as Dolce & Gabbana (D&G) recently debuted purses with some interesting new models: drones.

At Milan Fashion Week, Dolce & Gabbana shocked its audience by flying in their newest line of purses by drone rather than showcasing them with traditional human models. Approximately seven drones would fly around the runway, showcasing the company’s new line of handbags. Oh, and in case you thought the story wasn’t quite over the top enough, the bags were also jewel encrusted.

Interestingly, this isn’t the only recent case of robots making their professional premiere. In fact, this week marks the debut of Flippy the burger-flipping robot at the fast-food chain Caliburger. The robot, created by Miso Robotics, is now an official employee at the restaurant’s Pasadena location, meaning you can make a nice California road trip if you want to check out the beginning of the robotic apocalypse one burger flip at a time.

Want to watch more Innovation & Tech Today videos? Make sure to check out our official YouTube channel for all of our latest video content. Make sure not to miss our recent Valentine’s Day special, in which Associate Editors Alex Moersen and Anthony Elio take an official Nintendo quiz to find out who their video game dates should be. Additionally, make sure to check out the most recent episode of Quick Bytes, in which our co-hosts discuss the newest trailer for Solo: A Star Wars Story, a machine that stacks waffles, and automated pizza delivery.