Shadows of Innovation: ISIS, Anonymous, and the Dark Web Battle

Often, when we think about innovation, we envision cool, fascinating technologies that make our lives easier. The Internet transformed the way we associate with each other. The Apple iPhone revolutionized the way we communicate. The Amazon Kindle changed the way we read. But, unfortunately, an innovation that gives people the ability to browse the web anonymously is rapidly becoming the standard for illicit commerce and communication. Known as Darknet or the Dark Web, this shadowy part of the Internet is a safe haven for transnational crime groups, sex traffickers, and most recently, terrorists from the Islamic State (ISIS). They have recently been pursued by the hacker collective known as Anonymous.

Glen Park Library is a small, box-shaped building in San Francisco on the corner of Diamond and Wilder.  First opened in 1927, it looks deceptively like an old bank building. But housed inside are all the amenities of a recently remodeled public building: new lighting, a number of lounge areas, 16 desktop computers, 10 laptops, and, of course, Wi-Fi. Brimming with a renewed sense of community, it even offers a weekly knitting class. Just next door, across a small alley, is a coffee shop where many would-be patrons of the library stop to grab a latte before venturing inside.

On October 1, 2013, at 3:15pm, library employees heard a crashing sound and rushed to the science fiction section to find 29-year-old Ross Ulbricht surrounded by FBI agents. Ulbricht, a slim, Robert Pattinson lookalike was in the midst of running one of the world’s largest black markets on the Internet: Silk Road. 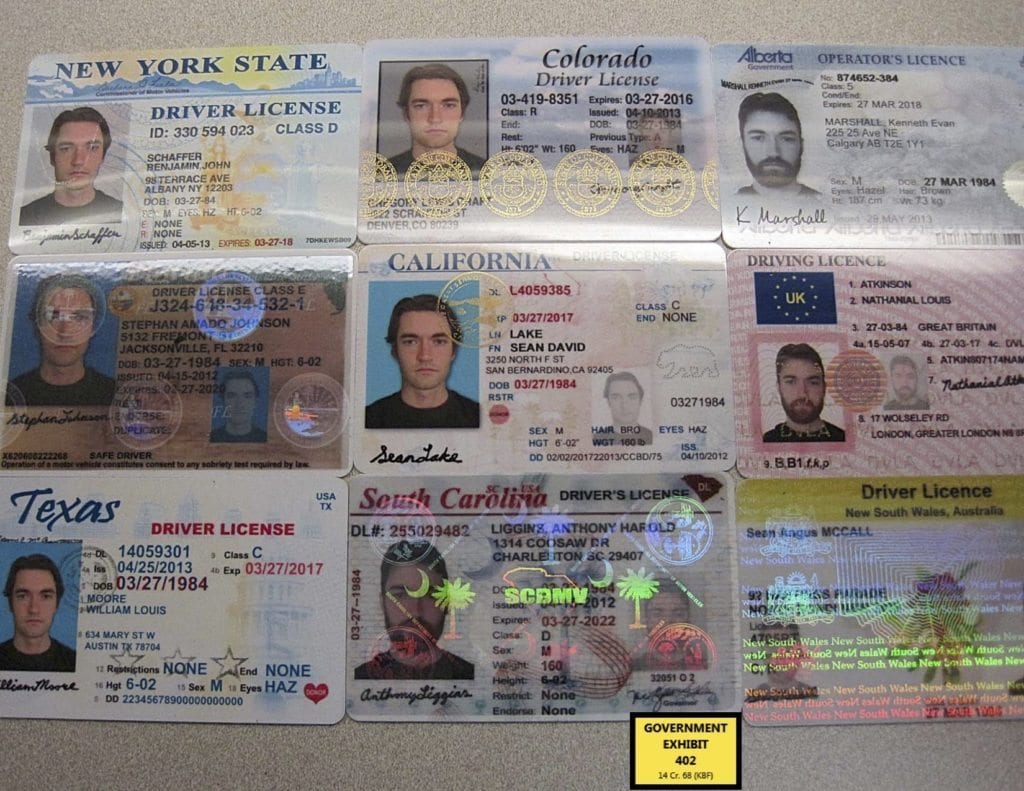 Some of the IDs Ulbricht used throughout his operations.

In just two and a half years, Silk Road had rocketed to the top of the Dark Web as a marketplace for cocaine, heroin, guns, counterfeit money, hitmen, and other illicit goods and services, to the tune of $1.2 billion in transactions. Since September 2011, the FBI had made over 100 purchases of LSD, cocaine, and ecstasy from Silk Road vendors in over ten different countries. During that same time, the government estimated that Silk Road had been used by several thousand drug dealers to distribute hundreds of kilograms of illegal drugs and other illicit products and services to over 100,000 buyers, resulting in around $80 million in commissions for Ulbricht and his friends.

Operating under the moniker Dread Pirate Roberts, Ulbricht ran the entire operation: the computer hardware infrastructure, the code required to run the site, the buying and selling policies. Everything. He even provided customer support staff to help buyers and sellers when there were problems. He accomplished all of this from his laptop, using an application called “Tor.”

Tor, an acronym for “The Onion Router,” was ironically built for a very noble purpose. The application creates a peer-to-peer network that encrypts and sends your traffic through other machines on the network, allowing anyone to browse the Internet anonymously. Unfortunately, Tor also allows for the development of anonymous websites, like Silk Road, that are almost impossible to locate. This obscure, shadowy Internet underworld created by Tor (where sites like Silk Road can reside) is known as the Dark Web, or Darknet.

Early last year year, the enigmatic hacker group known as Anonymous declared war on ISIS. In an online operation dubbed #OpISIS, it targeted the terrorist group after the Charlie Hebdo murders. Then, in the wake of the Paris attacks, Anonymous renewed its efforts. “You, the vermin who kill innocent victims, we will hunt you down like we did those who carried out the attacks on Charlie Hebdo,” an Anonymous video claimed. “So, get ready for a massive reaction from Anonymous.”

Shortly thereafter, Anonymous targeted the social media accounts of over 20,000 alleged ISIS members. At the same time, the hacker group attacked and allegedly took offline dozens of ISIS-affiliated websites. The Anonymous splinter group BinarySec led the charge. “We here at BinarySec live for the sole purpose of bringing down All ISIS Propaganda ONE website and/or person at a time,” the group posted online. “ISIS … Your Jihad is coming to an abrupt end . We here at BinarySec will be one of the driving forces to your end and that’s a promise. ISIS… The War Is On.”

The online public presence of ISIS was under siege. Many of their websites were down. Their social presence was disrupted, and ISIS responded by taking its operations to Darknet. Using the technology provided by Tor, ISIS set up a Darknet version of its online, surface web presence. The newly minted Darknet site consisted mostly of ISIS propaganda videos. For a time, it was rumored that an online, encrypted chat function was also available.

GhostSec, another hacker group focused on eliminating ISIS, then allegedly took that Darknet site offline. They replaced the propaganda forum with an advertisement for Prozac. In a posted statement alongside the Prozac ad, GhostSec said: “Too Much ISIS. Enhance your calm. Too many people are into this ISIS-stuff. Please gaze upon this lovely ad so we can upgrade our infrastructure to give you ISIS content you all so desperately crave.”

While we can expect the back and forth between ISIS and Anonymous to continue, the conflict highlights the challenge of technology-empowered groups of criminals who use innovative technology to avoid detection. The unintended use of innovative technologies for criminal activity is a battle we’re just starting to understand. Let’s hope we can keep up.

Shadows of Innovation: ISIS, Anonymous, and the Dark Web Battle