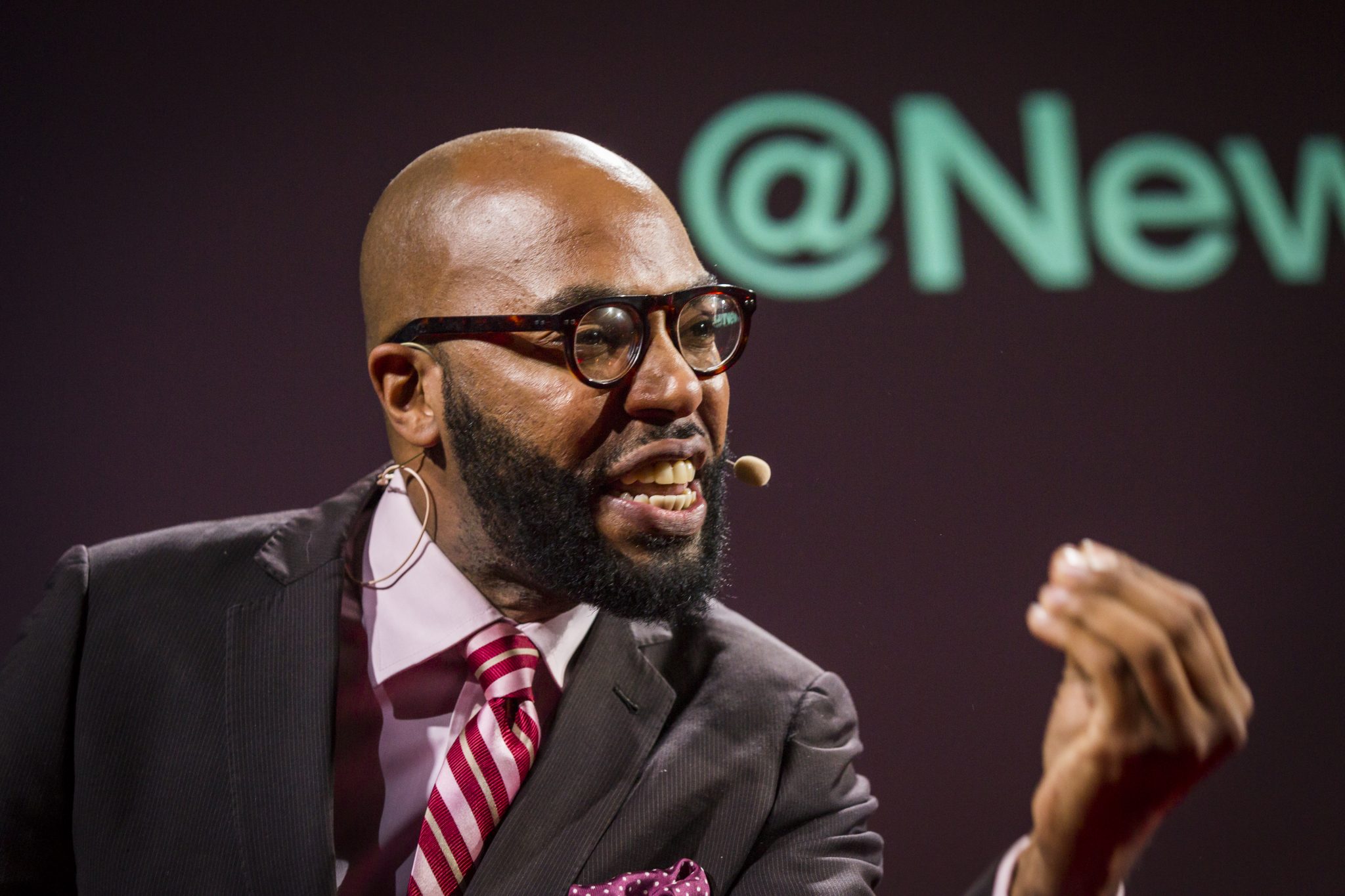 Dr. Chris Emdin’s work is transcendent. A TED Talk alum, X-STEM Speaker, author, professor at Columbia, and community education and outreach guru, Emdin’s all about building bridges to create more effective and inclusive STEM (or, more accurately, STEAM) education. Attacking the problems from multiple fronts, Emdin teaches his magic to other teachers, drawing from unconventional sources of inspiration including icons like GZA and black churches. We are proud to present this exclusive interview with Dr. Emdin.

I&T Today: We see the same thing over and over again about student engagement. Traditional classroom methods for teaching science (including memorization, reading from books, and then just working on whiteboards) alienate a lot of students who may very well love STEM. Why is that, and what can we do to change it?

CE: You know, STEM is never taught the way that it exists in the field. People engaging in science professionally are conducting innovative research. They’re asking amazing questions. They’re allowed to fail and try again. The work in the actual field is so hands-on. It’s question-focused. It embraces passion and creativity.

Then we think about what’s going on in K-12 education, particularly for urban youth of color, and it’s the exact opposite. My mission has always been to try to ignite the same kind of sentiments and emotions that exist in actual science and bring them to the young people. 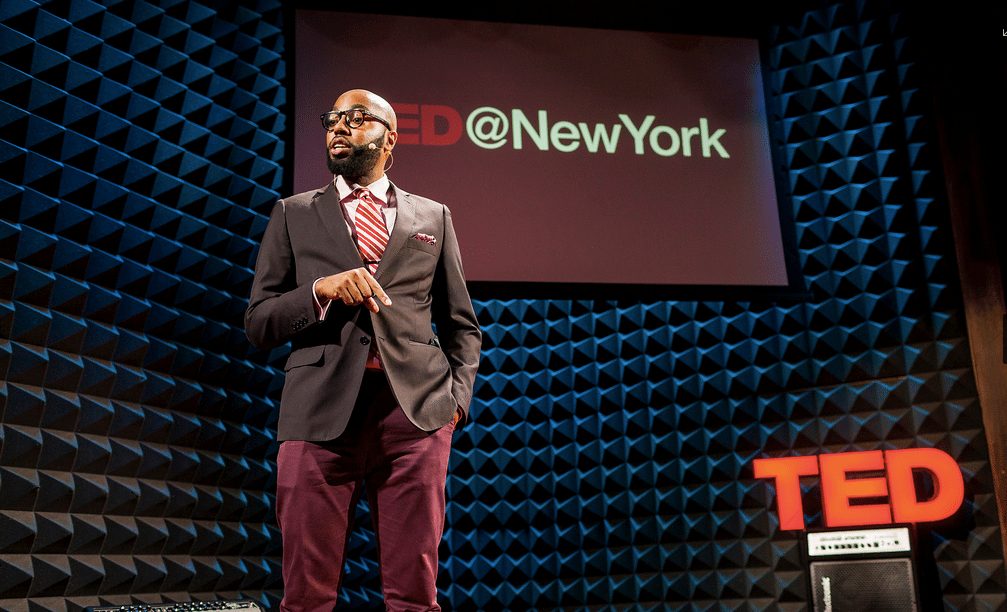 I could talk about this issue forever. Essentially what it boils down to is that there’s a constellation of gaps between teacher knowledge, scientific knowledge, and where the students are. We need to create bridges, and our inability to create bridges gives us the kind of issues that we have today.

I&T Today: What you think about the idea that if we pay teachers more it would attract better teachers?

CE: I understand where the sentiment comes from. I think solely paying teachers more is never going to be the answer. It sounds altruistic (and of course we all do things to be able to get paid), but in the field of education, money is not the primary motivator. It never has been, and it never will be. Money would recruit people to get into the field of education who are not in it because they want to be in it, but instead because they want to get a paycheck. So, if you increase the salaries for educators, you’re going to get disgruntled scientists who decide, You know what? I’ll just teach.

I don’t want just anybody in a classroom. I want people who are passionate about their work, who love children, and who see their work as a mission. Whenever you use a business or corporation model to incentivize education, it inevitably will fail because it doesn’t take into account what the core mission of education is.

I&T Today: Do you think there would be less teacher turnover if teachers were empowered with more effective pedagogy?

CE: Absolutely! Listen, the reason teachers quit is because they have an unsuccessful time teaching. I just wrote a new book [published] March 22, called For White Folks Who Teach in the Hood…and the Rest of Y’all Too. (I had to fight with my publisher to get that title!) But the book essentially is talking about the folks – not just white people, but also black people, Asian people, and Latino/Latina people – who enact what I call a White Folks’ Pedagogy. It’s a little archaic, Eurocentric model focused on teaching and learning. If you implement that model in the classroom for a diverse population of students, they are going to violently reject your teaching – and I’m not just talking about physical violence; I’m talking about symbolic violence, as well. Oftentimes the kids start enacting behaviors that are very different from who the kids are. They’ll yell at you, scream at you, and curse you out. They would never drop a curse word outside the classroom. It’s just a violent reaction to the teaching methods that are ineffective and are doing violence on their spirits. What happens is teachers get these reactions from young people and they quit. They say, They’re so evil! They don’t want to learn! They’re so angry! They’re so violent!

When teachers quit, they end up getting jobs in higher education administration or policy, making decisions for the classrooms that they were never able to cut it in, making decisions about young people that they think of as violent when the kids aren’t violent at all. The kids are just reacting to the fact that they were not prepared to teach in the first place. We have a self-fulfilling prophecy that’s going on. It can only be broken if we transform the ways that we train teachers.

CE: Technology is everything. It’s as simple as that. Young people are always at the forefront of technology. As a hip-hop enthusiast, I think about the fact that the first hip-hop DJs put two turntables together, put a mixer in between, turned the mixer on its side, and they were able to create a new technology. Now, 20 or 30 years later, companies are actually creating technology that uses the same kind of devices at the hip-hop artists did impromptu. These folks are always creating new ways to be able to move or manipulate the existing technology, and then larger companies pick up on that and they fine-tune it and market it back out.

I love the maker movement. We’ve gotten to a point in the United States where we’re so elitist that we’ve given up on vocational learning programs. If we went back to the core essence of having kids play and learn how to use tech appropriately, they actually will develop the science of thinking and the skills through doing, through playing. I’d rather have someone who has been playing with something and knows how to use it than someone who’s read about it their whole entire lives. But that’s the kind of system that we have. We have got to move beyond it.

We have a program in New York City where the kids are creating beats. They get a MIDI sampler they download off the Internet for free. They use a Mac. Not only are they creating hip-hop beats solely through technology, they are also reinventing the art of music production. They’re developing this amazing spatial reasoning. They’re developing amazing critical thinking skills. This is all happening through the process of music production. People perceive it as lowbrow and anti-academic, but it is so riddled with academics! All we have to do as educators is to just give them the tools to play with, let them play, and as they’re playing, give them the language to be able to understand the science and mathematics based on what they’re organically doing.

That’s when you create the next generation of science experts. I do think that there’s been a recent hyper explosion of coding academies, which I love. I want people to be able to code for the games that they’re creating. I want them to be able to develop apps. It’s a big pathway to being financially viable. I understand all of that, but I also think it’s a problem to use coding as a replacement for hands-on tangible play. I walked into a coding class the other day, and there were young people sitting in rows behind computers, staring at the screen, and the teacher was just standing up front and giving them instruction. 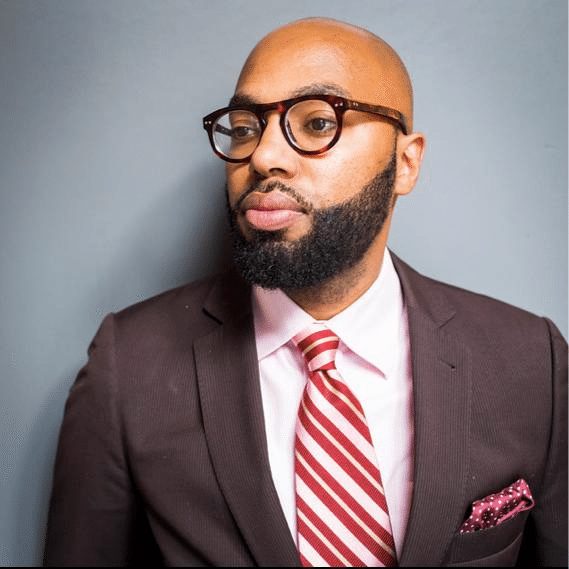 I said, “Look, I know that they’re coding, but the nature of how you’re teaching them to code is criminal!” That’s not how you engage them. You have to be creative. And so as we delve into a new frontier and have kids learn the back end kind of work, my only desire is that we don’t end up with a bunch of STEM workers. We want to create STEM innovators and creators. We don’t want to replicate the same process of learning we have now, particularly using youth of color in the lowest totem of the totem pole. We don’t want to train them to just do the low-labor jobs in STEM fields. If you’re going to enter into these new fields or domains, I want you to be able to capitalize and truly actualize yourself, which means I don’t want you to just be blindly coding – I want you to be innovative and creative and learn business savvy and communication skills. I think all these things can be done together.

I&T Today: Would adding “art” and changing STEM to STEAM solve a lot of that?

CE: Absolutely, that’s the answer. I’m a big advocate of STEM to STEAM. I mean there’s nothing that I advocate for more than that, not only because I believe in it as a philosophy, but because that to me is what creativity is all about. What the arts do is they stimulate the mind. Art makes you see things you’ve never seen before. It gives you new avenues for expression. It forces you to question. It takes you into the inner core of the spirit and allows you to be your full self. If you do those things, you have a different relationship to the subject. You know you can memorize something, have a passion for it, and understand why you memorized it. That’s what STEAM does.

I do like the idea of STEAM not just being art blindly, but art and culture. That has been the evolution of the arts education movement for a while, and I think now that we are going from STEM to STEAM, we want to include forms of cultural expression for young people. It should be viewed as art as much as highbrow art per se, including vernacular things like hip-hop, like dance, like movement. I had a young teacher doing anatomy and physiology with break dancing. Amazing! We did spatial reasoning and talked about career long physics through graffiti. Amazing! So, when we say ‘arts’, we’re not just talking about classic art, but we’re talking about art and culture creative forms of artistic expression.

In the words of Rick Ross, you want to be a boss. You want to be able to run things. That’s STEAM. I always think about teaching young people how to be business savvy, and how you as a science educator are a consultant. Science, creativity, and business savvy don’t have to be divorced from each other. The best educators I know do that concurrently, multimodally. This is a multimodal generation, and if you’re teaching uni-directional thinking, you’re not meeting them at their creative level. We have to be able to think about this more robustly.