Is Cryptocurrency on the Verge of Being Embraced by the General Public?

While it has now been a few months since Bitcoin reached its record value of more than $19,000, there is plenty of recent evidence that suggests that the cryptocurrency and many of its rivals are still generating plenty of interest among a great number of people.

In fact, despite the continuing concerns from many commentators about the volatility and long-term prospects of such currencies, there have even been some hints that they are actually finally on the cusp of being accepted by the wider general public.

In the middle of April, CNN reported that the value of Bitcoin jumped around 10 percent in just an hour, while other cryptocurrencies such as Ethereum, Litecoin and Dash also enjoyed gains around the same period. CoinList also outlines how Tron Coin, a cryptocurrency which is set to be used on the forthcoming Tron digital entertainment network, became one to watch after enjoying huge growth at the start of the year.

But what is driving this level of interest? In terms of the rises seen in Bitcoin in April, Dash Core CEO Ryan Taylor told CNN that the trend had been driven by the approach of tax day, with many investors paying off tax bills and using the moment as an opportunity to make a move into the cryptocurrency market and see what all of the fuss is about. 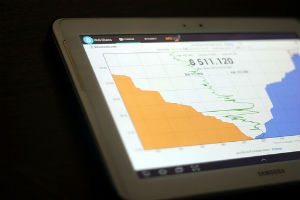 A similar trend of people looking to dip their toes into the world has also been found across the Atlantic in new UK research undertaken by communications firm Citigate Dewe Rogerson. The poll of more than 1,000 adults found that one in five people who have never owned Bitcoin, Tron Coin or another cryptocurrency would consider buying some in the next three years. A separate study by the same organization also got the views of financial professionals on the issue, with a great number expecting more regulation to appear in the next couple of years and 19 percent believing that the currencies will stabilize before 2021.

Such an appetite for cryptocurrency is not exclusive to Western countries either, with findings from the New R25 Research Institute in Japan revealing that 14 percent of young professionals in Japan had taken the leap and bought some of the currency. CCN reports that the grand majority took the step for investment purposes with many being inspired to do so as a result of the rising profile of the concept.

All of this recent research highlights that not only has the profile of cryptocurrencies arguably never been higher, but interest in the concept does now seem to have been embraced by the wider general public. While many are only choosing to test the water in relation to Bitcoin and other types of cryptocurrency at the moment, it will truly be fascinating to see whether this interest may grow to something greater in the coming months and years.

Ultimately, while some doubts may still remain about whether cryptocurrency is genuinely here to stay, the short-term prospects are undoubtedly looking fairly bright.

Is Cryptocurrency on the Verge of Being Embraced by the General Public?